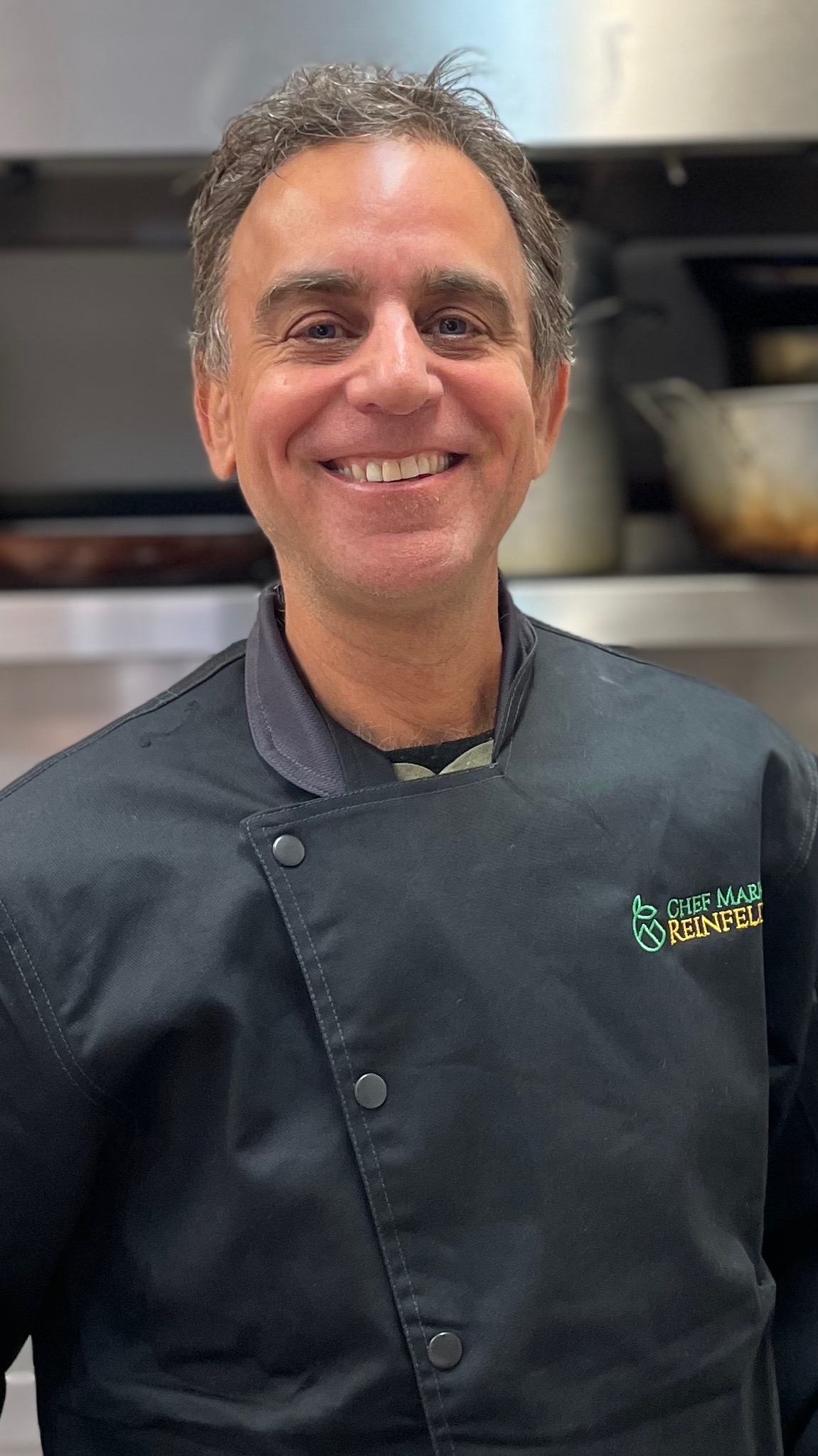 Mark Reinfeld— the award-winning vegan chef and author of numerous books, including “Healing The Vegan Way: Plant-Based Eating for Optimal Health and Wellness”—returns as a guest on “Talking Animals,” this time offering more early biographical information than we’ve discussed in past conversations.

This includes growing up in Stony Brook, Long Island, where he and his family ate a pretty standard (if not standard American) diet—“not plant-based,” Reinfeld recalls, dryly.

He shares details of his younger years, including extensive travel, going to school for a year in London, working in a commercial cooking operation in L.A., briefly attending law school, and a stint at a San Diego health food store, which proved pivotal, in that he left there to launch his own culinary and consulting enterprise.

Reinfeld recalls that his interest in food and cooking was spurred by his grandfather, a chef, master ice carver, and generally a colorful, illustrious figure in South Florida. He explains when he began to recognize that working in the vegan cooking realm might be a calling. And given the years—decades, really—that Reinfeld has been ensconced in the vegan culinary world, he’s particularly well positioned to observe any cultural shifts that may have occurred regarding attitudes about vegan food,  and offers those observations.

Some of those observations extend into the medical field, where the progression of  certain diseases and conditions (including heart disease, type 2 diabetes, high blood pressure) can be halted or reversed, while more and more medical schools are altering their nutrition curriculum to include the virtues of a plant-based diet.

Reinfeld describes the cooking workshops he’s presenting this summer, including the Virtual Four-Week Vegan Cooking Immersion (four-plus hours per day, five days a week, additionally featuring guest instructors, including Miyoko Schinner of Miyoko’s Creamery), Nourish Your Life Through Food: A Six-Part Introduction to Successful Plant-Based Living (Ashley Boudet, ND, and Reinfeld, aka “The Doctor & The Chef,” co-lead this virtual workshop on creating a healthy and balanced plant-based lifestyle), and the Three-Day In-Person Vegan Culinary Jam Session (This workshop is in person, with participants traveling to Colorado, near Boulder, to join Reinfeld in the kitchen to develop, and share, more sophisticated techniques).