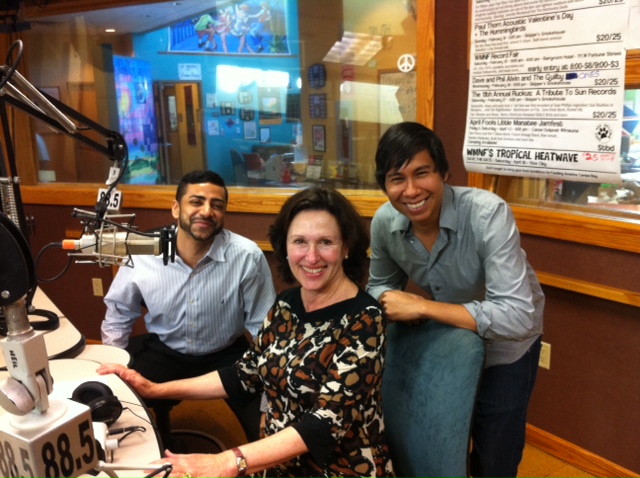 Yesterday we discussed the ongoing fight by local communities to stop an interstate expansion that threaten several historic neighborhoods in Tampa. Known as the TBX Project. It plans to add express lanes to interstates 275 and 1-4 through Hillsborough and Pinellas counties, as way of relieving traffic congestion in those areas.

But community groups have vocally opposed the plan, saying it is based on out-of-date research and bad traffic engineering that would actually contribute to congestion. Today we are joined by three TBX opponents, Chris Mela of Sunshine Citizens, Mit Patel of Stop TBX coalition and former Tampa City Council member Linda Saul Sena. They will be part of a protest march around Tampa Heights starting at Cafe Hey on 1540 N. Franklin Street, to highlight the homes and businesses that are endangered by the TBX project. The starts this Saturday at 11 am.

During this campaign cycle there has been a lot of talk of military spending, with many Republicans calling for increased defense spending in order to defeat ISIS. Our Guest today, former Washington Post reporter Molly McCartney says increasing the alright high defense budget does not translate into success in fighting terrorism. McCartney co-wrote with her late husband James the book “America’s War Machine: Vested Interests, Endless Conflicts” about the US military industrial complex.