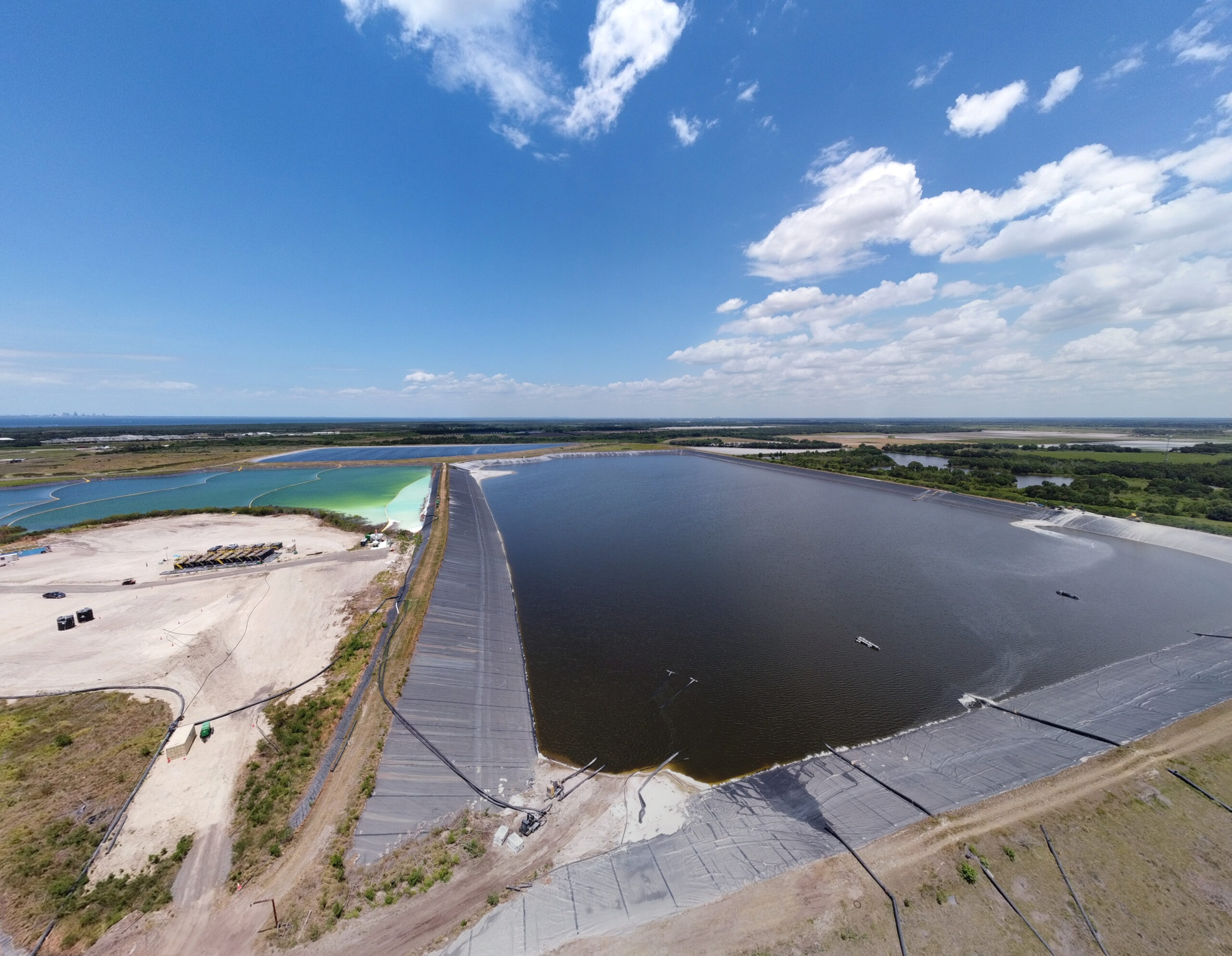 Last March more than 200 million gallons of polluted water were pumped from Piney Point into Tampa Bay. The disaster resulted in red tide algae blooms and communities were exposed to radioactive waste.

Phosphogypsum is the radioactive waste from turning phosphate ore into phosphoric acid, used mostly in fertilizers. Piney Point discharged contaminated waste water for 10 days to Tampa Bay last spring. During a panel hosted by the Florida Institute for Health Innovation Wednesday Jaclyn Lopez, Florida Director at the Center for Biological Diversity, says high levels of nitrogen in that water led to an unprecedented red tide.

“We saw one of the worst red tides I’ve ever seen in Tampa Bay,” Lopez said. “And it started just a few months after this big discharge.”

A year’s worth of nitrogen in two weeks’ time

Lopez says red tide is naturally occurring, but that’s not what happened after Piney Point.  Lopez says a year’s worth of nitrogen hit Tampa Bay in less than two weeks’ time.

“The tally for dead manatees from red tide in Tampa Bay was about 30,” Lopez said. “Which is many more than what we see in a typical year.”

Gypsum stacks are built in perpetuity because of the radioactive material, says Lopez. And her research shows that most of these stacks are located in poor, minority communities. Residents in Progress Village near Piney Point, fought back against the gypsum stacks in the 1970s. Ultimately, the stacks were built.

Catherine Toms with Healthcare Without Harm says eventually gypsum dries and turns into radon gas, which can post health risks.

“Radon gas is the second leading cause of lung cancer in the U.S., second only to tobacco smoke,” Toms said.

Radon gas linked to higher rates of cancer in mine workers

A 2015 study of phosphogypsum mine workers found high levels of cancer as a result of exposure to radioactive waste.

Last month, the Department of Environmental Protection authorized a deep-well injection permit for Piney Point to discharge the rest of the waste. Lopez says she’s concerned and residents should be too.

“This is despite a broad public disagreement that this is what we should be doing with our waste,” Lopez said. “This would place it below our drinking water.”

Deep well injection began in December. So far, about 266 million gallons remain. Work was slated for completion as of last week. For more information on the Florida Institute for Health Innovation’s Piney Point investigation, visit here.