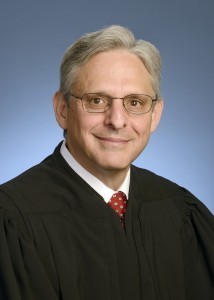 President Obama announced his Supreme Court nominee, political moderate Merrick Garland. Merrick’s nomination came as a surprise to some, who assumed that Sri Srinivasan, also a judge for the D.C. federal court, would be the top pick.

Garland was confirmed to the federal bench under former President Bill Clinton’s second presidential term in 1997. He previously oversaw the Oklahoma City bombing investigation in 1995, which left 168 people dead.

President Obama described Garland as “one of America’s sharpest minds,” and described how he has received bipartisan respect in Washington from his years of service. The Obama administration believed that by picking Garland, who has gotten Republican support in the past , that the Senate would change their minds about not confirming a nominee this year. Unfortunately, the Senate is not budging and still unanimously vows to not appoint a nominee, opting to wait until the next president is sworn in.

Listen to From A Woman’s PoV on demand to hear Jessica Mason Pieklo’s thoughts on the president’s nomination.