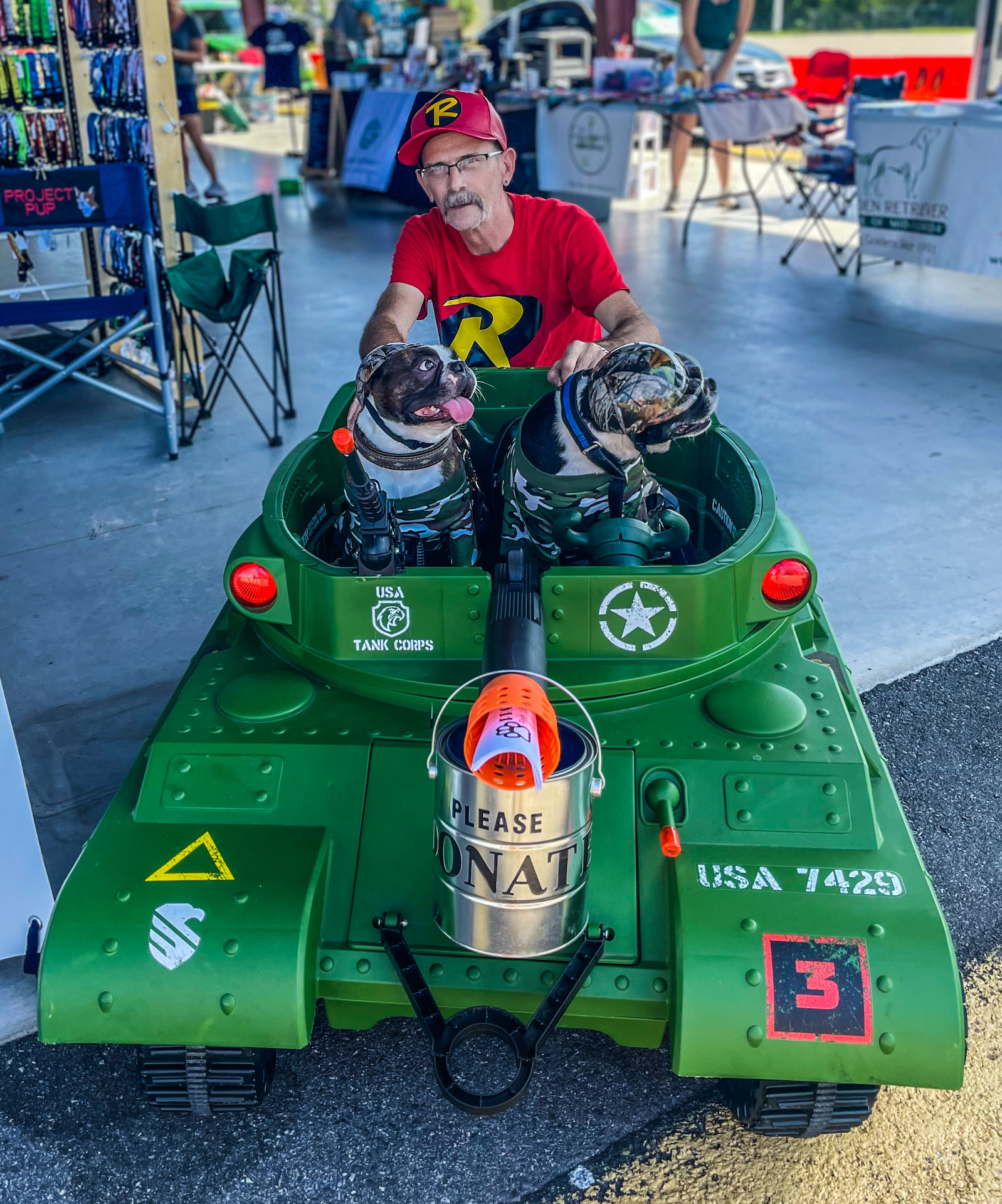 John Turner—the president of Project PUP (Pets Uplifting People), which, since 1984 has offered visits by therapy dogs to nursing homes, rehab centers, assisted living facilities, hospitals, and other locales, bringing the residents comfort and joy—discusses the founding of the organization.

We discuss what, exactly, constitutes a therapy dog (not trained to live with a specific handler so much as, with their owner, volunteer at various facilities, where they’re trained to be comfortable and interact with different people, etc.), as opposed to Emotional Support Animals and Service Dogs, distinctions that can be blurry for many folks.

Turner describes how a Project PUP visit typically works, which sounds simple to arrange, in that he notes there are some 570 facilities participating in the program. Moreover, if someone is staying at a place that falls outside those 570, Turner outlines the process by which a Project PUP visit can be organized—often within a 48-hour turnaround.

Project PUP has remained an all-volunteer organization throughout its 38-year history, and Turner explains how dogs (occasionally, cats)—and their humans—get involved, screened, trained, and approved for visits.

Having been a volunteer for 29 years, Turner assesses the chief ways Project PUP has changed over the years, including moving into domestic violence shelters, and starting to establish a presence at airports.

But, clearly, the biggest change in recent years—though unlike the others, thoroughly unwanted—was COVID-19, and the devastating impact it had on the operation, starting with immediately shutting it down, a status that continued for over a year and a half, Turner says. COVID also drastically reduced the number of donations, essentially hobbling Project PUP (“100% donation based”) a condition from which it’s only recently begun to rally.