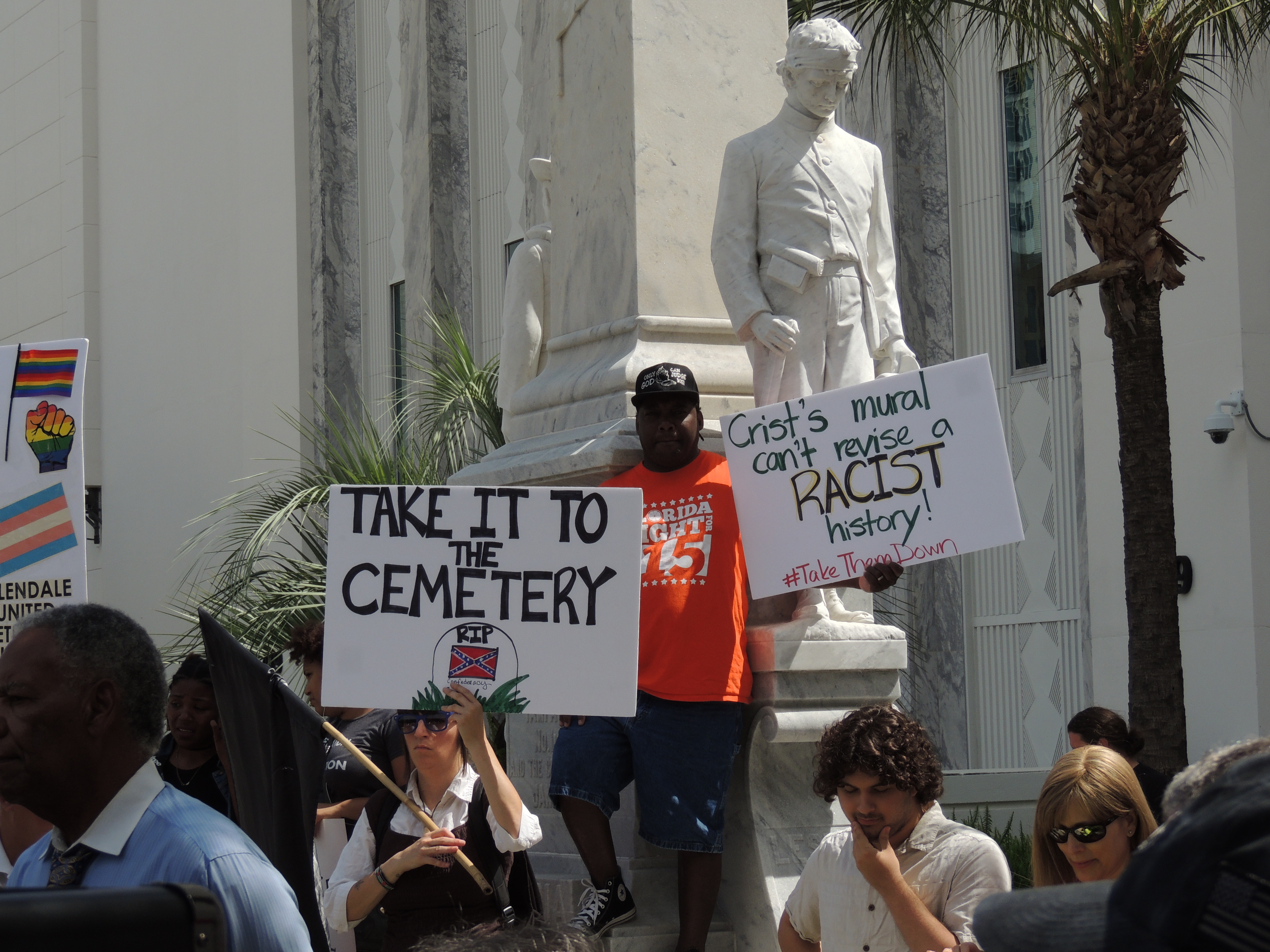 About sixty protesters chanted “Take it down!” in front of a monument to Confederate soldiers outside a Hillsborough Courts administration building in downtown Tampa Tuesday morning; they were there for a press conference criticizing last week’s Hillsborough County Commission narrow vote to keep the monument in place, despite widespread community objection. 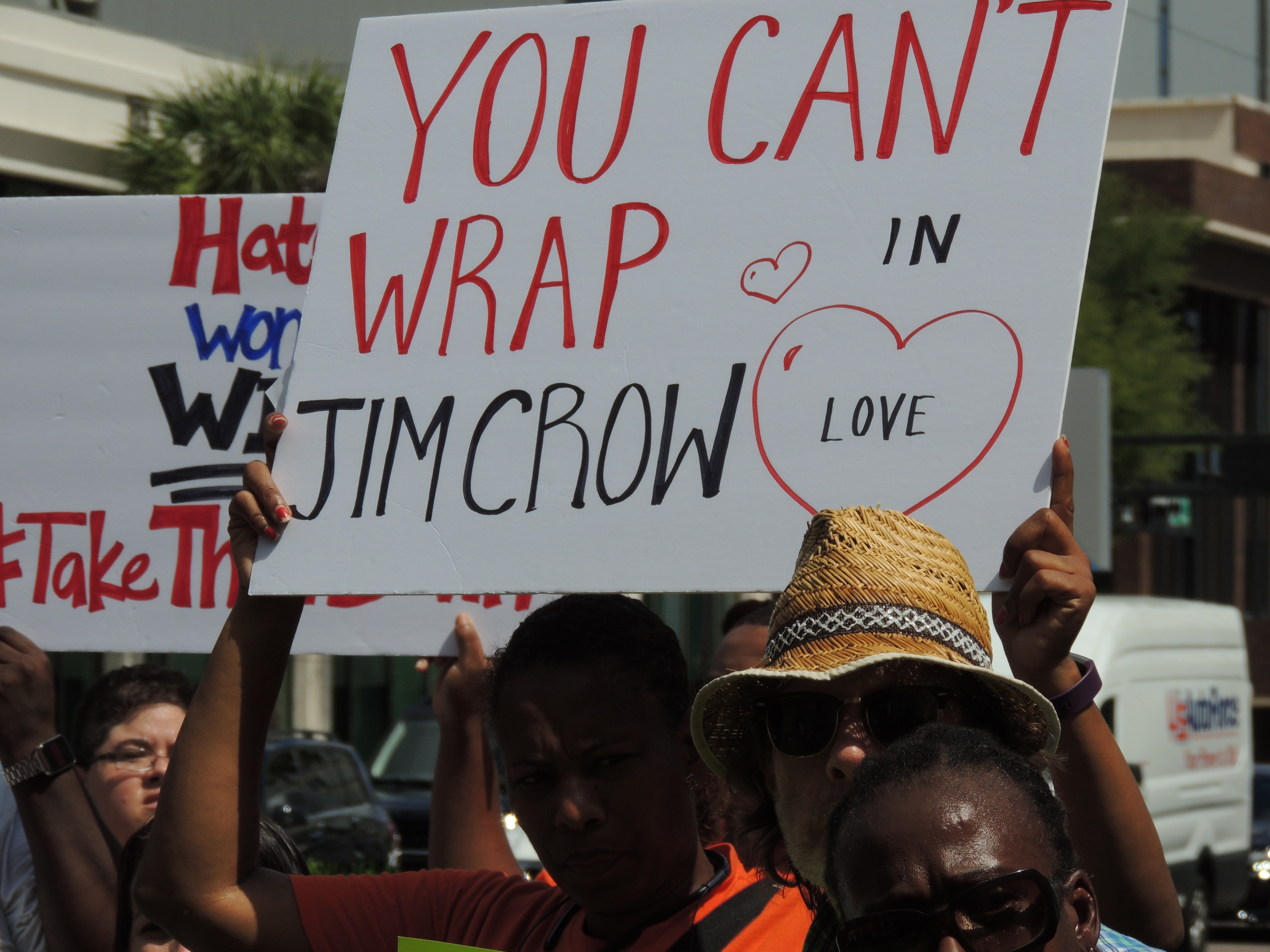 “As has been pointed out, there’s too much progress that has been made. There’s been too many strides that have been taken to bring us here to this point and we will not go away. We will not be afraid and we will not stop. To the four of you: one of you must change, not just your mind, but, you got to change your heart. This is spiritual warfare and I don’t know about you, but, I’m gonna stay on the battlefield until it is done. 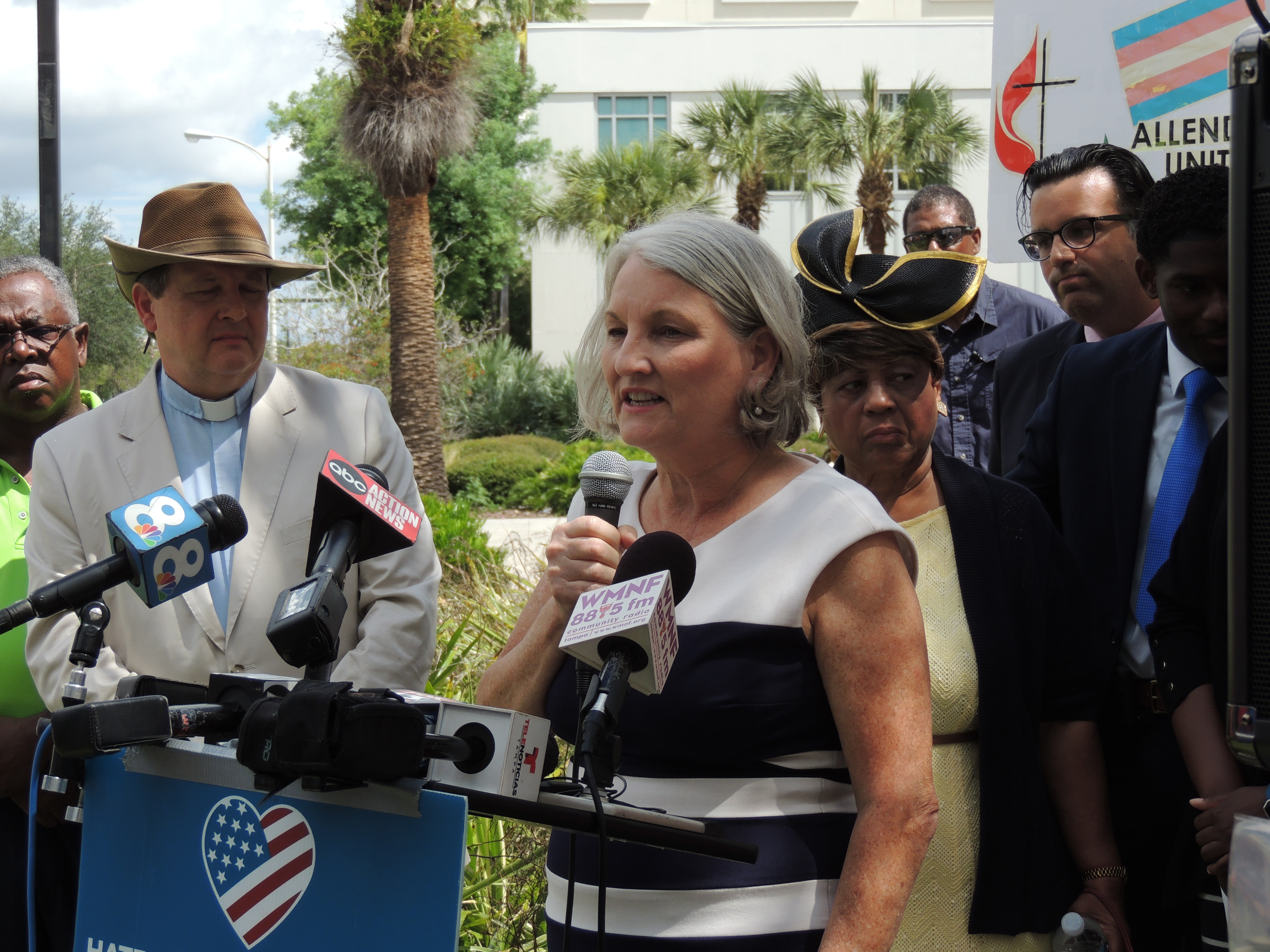 Several of the speakers at the press conference suggested that they would try again to get the Hillsborough County Commission to move the monument to a cemetery or somewhere off county property.

About four people who appeared to disagree with the protesters stood to the side of the press conference. 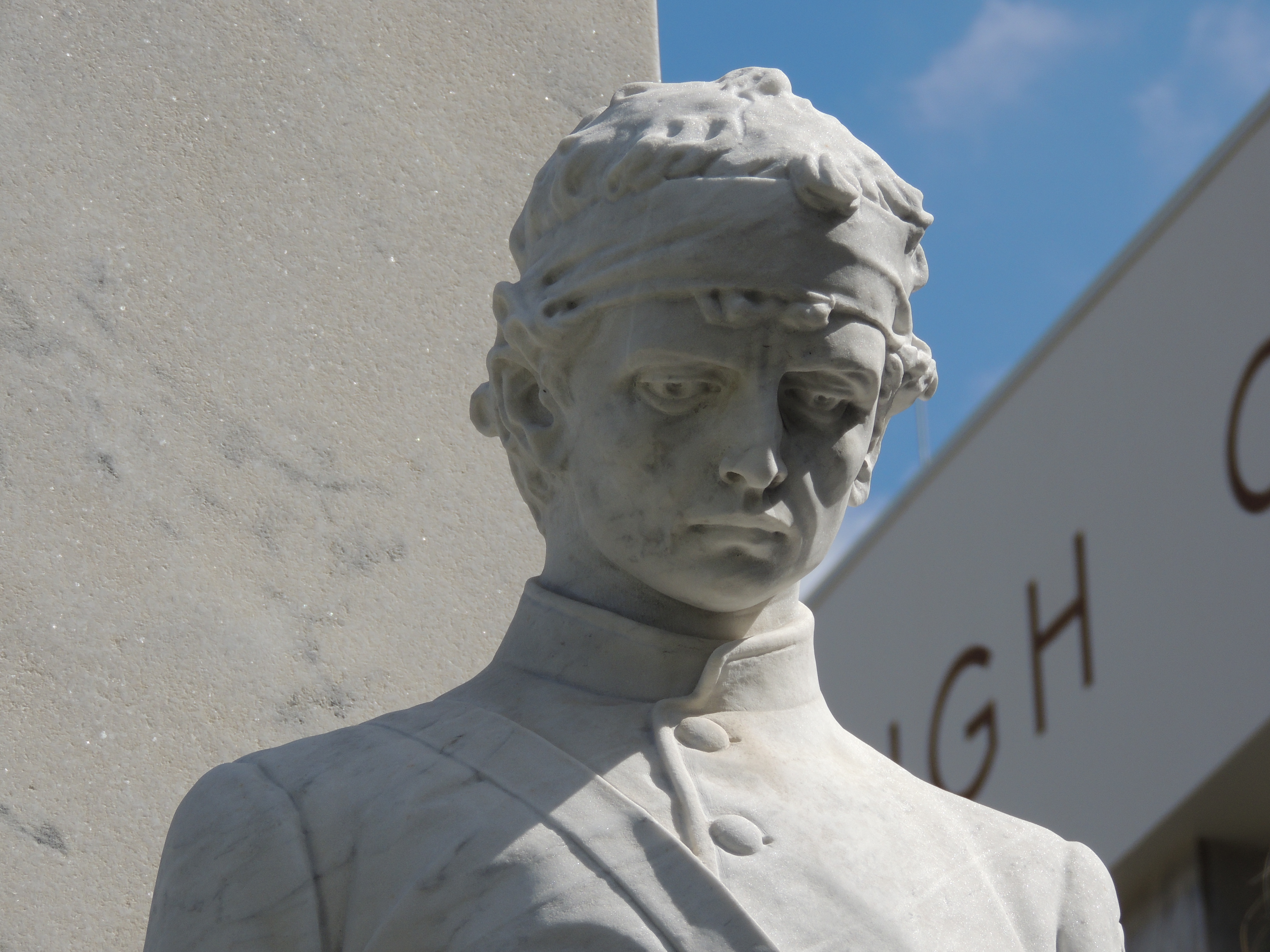 “I think that the entire premise of this movement to remove our historical monuments is flawed. This comes from the NAACP Odious Blight Resolution claiming that this represents slavery, racism and treason. None of that is true. This monument was not put up to racism, it was put up to honor veterans and soldiers for a cause of which they fought of which no confederate was ever tried or convicted of treason. So, that’s an anomaly. It’s wrong. To move it and hide people from history; how are you supposed to learn from history if you hide it and hide people from it?

“Additionally, most of our medicines and drugs we have today were tested on animals. What if the animal rights people come out and say ‘God. These are horrible. That offends me that these drugs were tested on animals.’ Why don’t we just pull all our drugs off the market and shelf that’s helping and aiding our living conditions. So, this entire movement– Why don’t we have a rally for graduation rates for kids, something that will make a difference. Why don’t we have classes teaching kids how to conduct themselves in public to become productive citizens. Let’s see some excitement there, but, to move a 105-year old monument that hasn’t caused any problems in that long? What is this a joke?”

And they say they’re going to bring it back before commissioners.

“They have every right to do it, I mean, they– you know, this is a free society. You can do what you like to do. But, I think they should be concentrating on things that actually have legitimacy rather than just creating an issue where it doesn’t exist.”

Dr. Bennie Small is the president of the Hillsborough County branch of the NAACP.