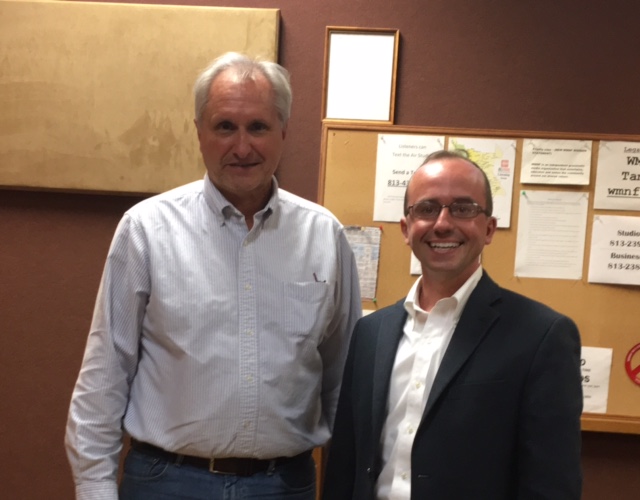 On the first part of Tuesday’s Radioactivty, host Rob Lorei spoke with attorney Ryan Torrens, a Democrat who is running for the office of Florida’s Attorney General. The election is next year but the race to replace the current attorney general, Pam Bondi, is already underway.

Wednesday at the Hillsborough County Commission meeting, Commissioner Les Miller was planning to revisit the question of possibly removing a Confederate veterans memorial statue from in front of a County building in downtown Tampa. Last month, in a four to three vote, the county commission decided to keep the statue in front of the county court annex building on Pierce Street. Since that vote one of the commissioners, Victor Crist,  who voted yes now says he is open to moving the statue off county property.

To listen back to this interview from Tuesday, July 18, 2017 click here.