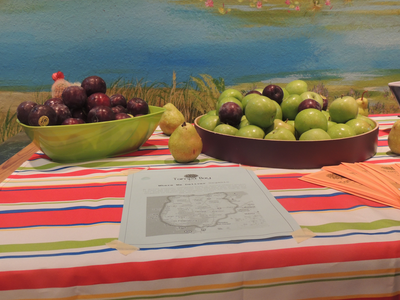 Students in Sarasota County schools will not see meat on the menu the rest of the school year on Mondays.

Beginning this week, only meat-free dishes are being served every Monday to improve health and food diversity.

”Meatless Monday is simply an initiative to bring an emphasis to the fact that we don’t have to have meat with every single meal we consume, and that plant-based protein and other animal-based protein such as dairy and egg protein and so forth are perfectly good substitutes for meat protein.”

What brought about, then, this new plan to have Meatless Mondays?

”Meatless Monday is an initiative that has been taking place in the United States for quite a few years. Actually, the idea of Meatless Monday started all the way back in World War I. And then, in the early 2000s was reintroduced by Johns Hopkins School of Public Health, just as a way to remind people that to be mindful of our resources, to be mindful of again, the health ideas that protein — even lean meats – do not have to be included in every single meal and that there are other plants protein options that we should consider. The major reason for us in Sarasota County, however, is we have had a number of students over the years ask for non-meat items and we had those entrees available for a number of years on our menus. But what we decided to do really let the students know that we are concentrating our effort and therefore, we decided to bring more attention to the Meatless Monday.”

Give us an example of what a menu looks like on a particular Monday?

“Next Monday — this is another very popular with our students — it’s a product called “Mozza-pesto Pita.” And it’s a food item we make in our own kitchens: it’s a pita bread with pesto sauce and then mozzarella cheese and if the student wants it, diced tomatoes and olives; very popular. Next Monday, we’re also having a pasta Alfredo, which is a white Italian cheese sauce on whole grain pasta. Then the following Monday, we have a grilled cheese sandwich. So, you know, we still have a fair amount of cheese and so forth, but we’re starting to introduce additional items. Our goal is to start to introduce even beans and legumes to the students as well.”

What’s been the reaction of the parents and the students?

“There’s really been no reaction from our students: these are kids’ favorites anyway, so I don’t see we are going to see anything negative. They’re also food items that our students have been receiving for many years but again just concentrated on Monday.

“We have had a couple of concerns from the parents that are not 100% supportive, but overwhelmingly parent response has been extremely positive. So, yeah, there’ll always a couple of people who have a concern. I am a farmer’s daughter myself, originally from Indiana, so I understand the “meat connection.” But this is no different, really, than anything we have ever done in the past; we are just concentrating now on Mondays to bring more emphasis to the fact not every meal has to be — the protein source doesn’t have to be meat.”

Are there other schools districts in the neighborhood that have adopted this as well?

“No. We are first in Florida but I’m sure that there will be others who adopt it. I do know that there are other schools districts in the United States and a number of universities that have gone with “Meatless Monday.” But obviously, in Sarasota County, we don’t wait to other people to provide the direction for us. We like to be firestarters, sometimes.”