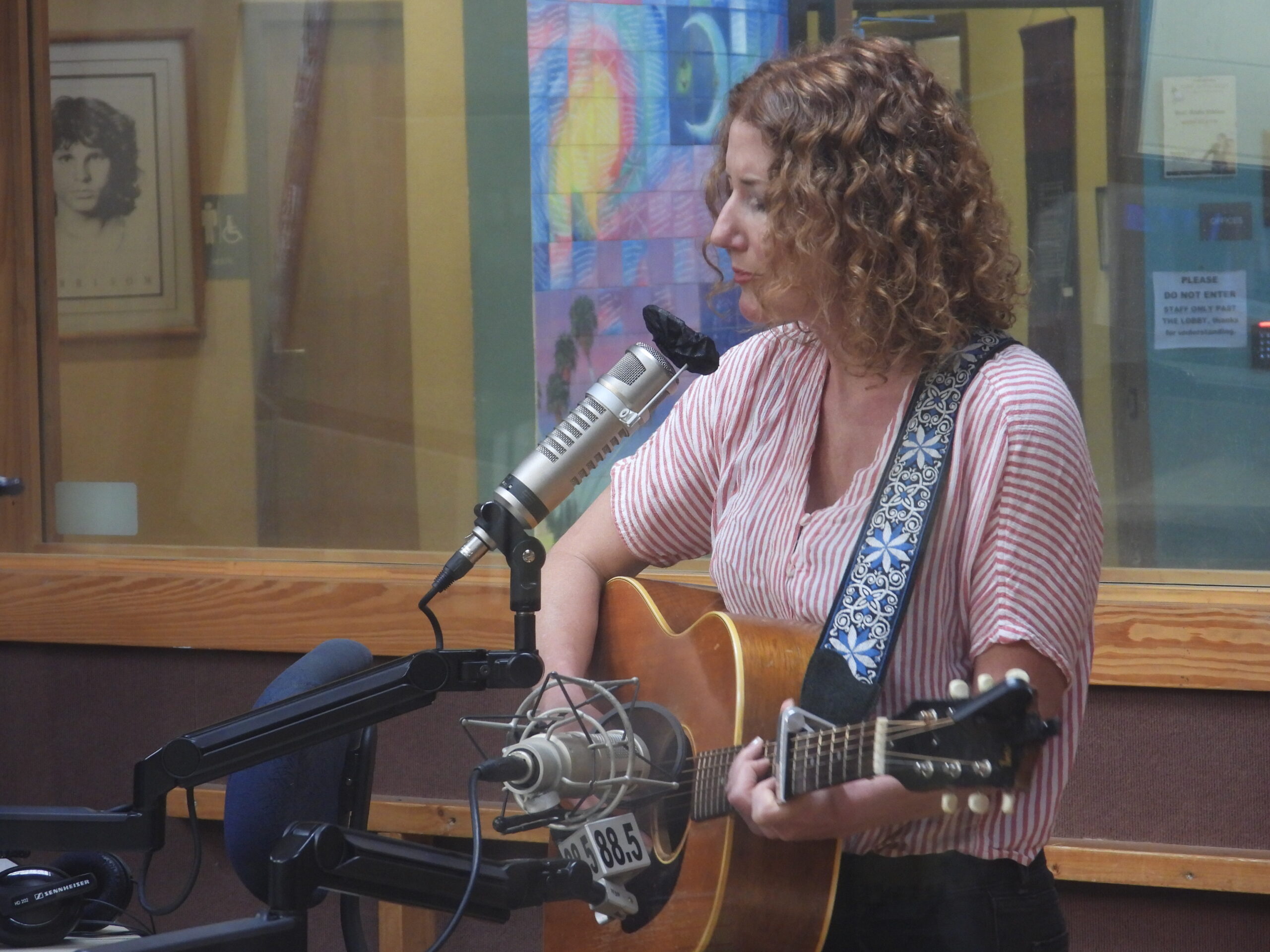 Today’s edition of “Talking Animals” involved reconfiguring the show’s usual format: We still delivered a long-form interview—in this case, with singer-songwriter-animal champion Kathleen Edwards. But we broke that conversation into episodic hunks, presented around four songs Edwards performed in-studio over the course of the hour. (We jettisoned other regular elements: the comedy piece, Name That Animal Tune, etc.)

All four of the tunes she played were from her last full-length album, “Total Freedom,” and in the spirit of “Talking Animals,” two were animal songs.

We began the conversation addressing–if not breaking–the news that Edwards has become a part-time St. Petersburg resident. Edwards enthusiastically details what prompted her and her husband to buy a place there, what attributes of St. Pete most appealed to them, and so on.

This leads to highlighting her first St. Pete show since her residency status shifted: a forthcoming concert at the Floridian Social, set for Feb. 19, a performance on which she’ll be backed by a full band.

She discusses her participation in the recent major tour of “The Last Waltz,” member of the line-up that included Warren Haynes, Don Was, and Anders Osborn, underscoring how much she enjoyed the experience. In answer to my question, she told me her favorite moment nightly amidst an evening of many was Warren Haynes singing “Caravan,” pointing out Haynes remarkable vocal resemblance to Van Morrison. (https://www.youtube.com/watch?v=lqNggt5kam8)

Given that this was “Talking Animals,” albeit an unusual edition, we did indeed talk animals including the current canine members of her family, recounting the relationship she forged with an Ontario-based golden retriever rescue, leading to fostering her beloved Redd, a foster fail—and the focus of “Who Rescued Who,” a moving elegy for Redd that she performed during this show.

She also describes what’s behind her passion for Siamese cats, and her growing sense of wonder over casual birdwatching, very much including the various feathered friends she sees in and around her St. Pete home. Edwards touches on other shows and special performances on the horizon, including a handful of concerts sharing the bill with Jason Isbell.