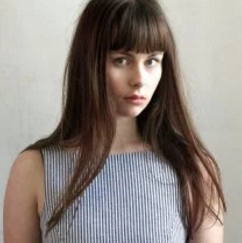 “I was entranced by her voice and her ability to use silences or pauses so effectively.”

Says Norman B about Siv Jakobsen

, a talented new musical artist from Norway. The Life Elsewhere host’s unbridled enthusiasm led to a request for an interview with the Oslo-based musician. Arrangements were quickly made, and with disarming candor, Siv chatted

with Norman B for twice as long as the scheduled interview time. “Listen carefully to her lyrics,” Mr. B continues, “Siv displays

a maturity, way beyond her years. Plus, she is able to introduce a fresh, emotive take on a well-known and often-covered song, like Dolly Parton’s

Toward the end of the interview, Norman B asks Siv Jakobsen

select a Hit That Never Was. With unsurprising confidence, Siv

does not hesitate when she chooses a relatively new release from American Country artist, Liza Anne

should have been a hit!”

After the interview, Norman B reflected, “It’s rare that you come across an artist who is so self-assured, yet completely down-to-earth and without pretension.” We are predicting you will be hearing a lot more from Siv Jakobsen. Make sure you do not miss this up-close and personal interview on the next edition of Life Elsewhere.

most recent EP, The Lingering

is available now. Below is the beautiful video for the single How We Used To Love