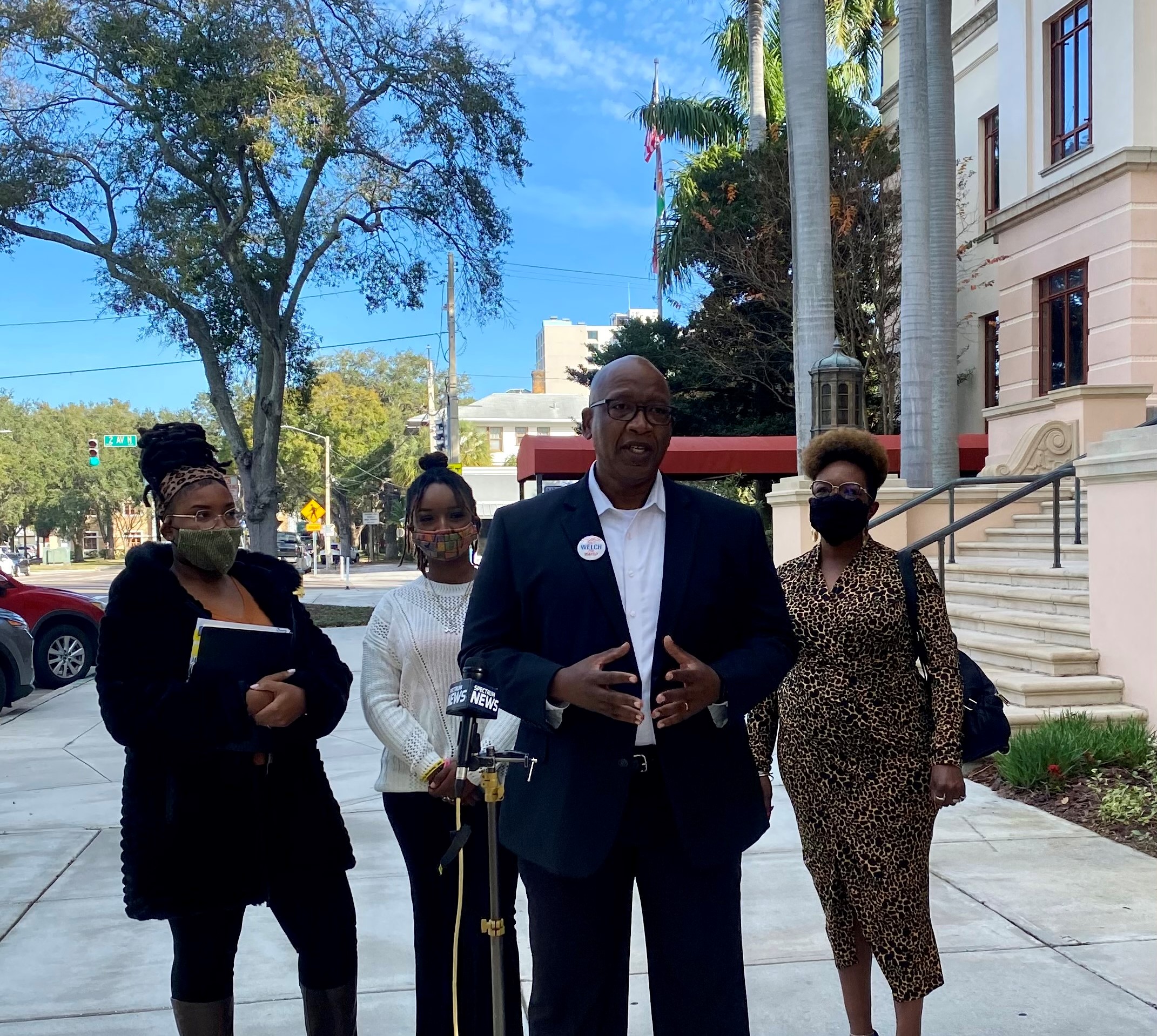 Mayor-elect Ken Welch has spent 20 years on the Pinellas County Commission, representing his hometown of St. Petersburg. Now he’ll be sworn in as the city of St. Pete’s first Black mayor. Community celebrations had been planned for next week, to welcome the new mayor and incoming city council members. But the mayor-elect says the inaugural festivities will have to wait under the current spread of the COVID-19 Omicron variant.

“My thought and hope is that we would be beyond COVID-19, you know, certainly by the time that I was sworn in,” Welch said. “Obviously that’s not going to happen. At a time we’re seeing this escalation, we just think it’s the responsible thing to postpone that til it’s safe for the community.”

Welch will be sworn in next week, and the work has already begun. That means restarting discussions about a new stadium and the city’s future with the Rays. Welch says St. Pete can offer the team a lot right now. But ultimately, the Rays need to make a decision.

“I think we can put up a very competitive offer when we partner with the county,” Welch said. “And when you look at the land that’s available at the Trop. I also include Al Lang, until somebody tells me why that can’t work.”

Welch wants the Rays to be part of the redevelopment, but says the city’s growth will continue either way.

“The Rays are an important part of it, but they’re not the solitary prize that they were for years when we were chasing baseball, when we were pretty much a dead downtown,” Welch said. “Now it’s really the opposite. We are going to be fine either way.”

The incoming mayor was raised in the area where Tropicana Field now sits. The third generation St. Pete-native says the Gas Plant District will be redeveloped with or without baseball.

“I grew up in the Gas Plant, so I know that it hasn’t always been about baseball,” Welch said. “That land was a community. And now we’ve got the opportunity to not only redevelop that, but have it have real benefits even to the communities that were displaced. And just an keep eye on inequity as we move forward.”

Welch says he’s looking forward to a new vision for his hometown. In the next half of our interview St. Pete mayor-elect Ken Welch discusses affordable housing and the possibility of rent control.