Home WMNF News Science Students and profs ask: Will USF back its scientists in Trump era? 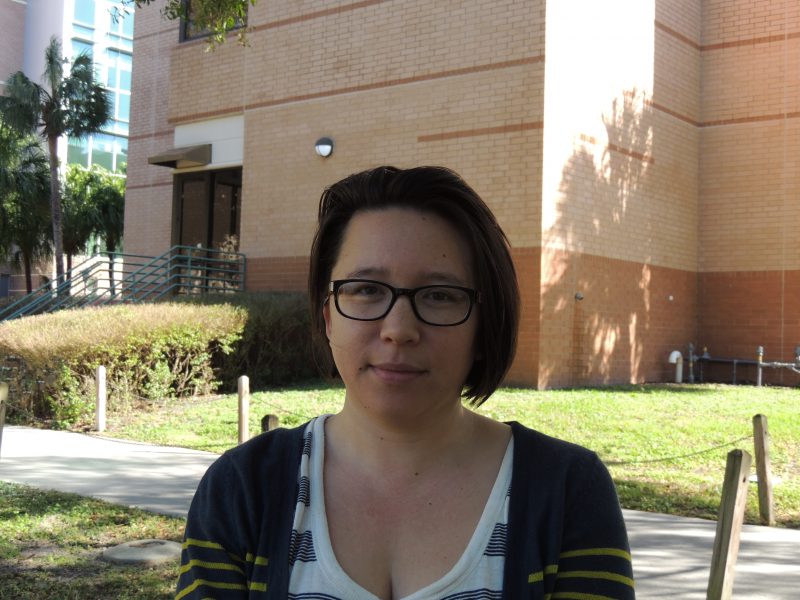 Many scientists feel under attack by the new administration of President Donald Trump. For example, the former head of Trump’s transition team at the Environmental Protection Agency, Myron Ebell, tells the Associated Press he expects the new administration to seek significant budget and staff cuts. Ebell says he would like to see the EPA workforce cut in half. He predicts the president may seek to cut about $1 billion from the EPA’s $8 billion annual budget. He also says Trump likely will seek significant reductions to the agency’s workforce of about 15,000 employees. The transition staff at EPA has mandated a temporary media blackout and a freeze on contracts and grants.

And that’s a concern for some scientists at the University of South Florida. More than 130 professors, researchers and graduate students have signed a letter to President Judy Genshaft and others in the USF administration asking for the university to stand behind their work.

WMNF interviewed Suzanne Young, a PhD candidate in the biology department at the University of South Florida in Tampa.

“It’s a short, concise, straightforward, letter in response to–it was actually written in early December when some of the nominations for Trump’s cabinet were being released–Myron Ebell was the one red flag that came out as someone who was a climate change denier and had worked to spread propaganda that would question the scientific consensus.

“What we were asking, in this letter, is for the USF Administration to make a statement that stands by its scientists, stands by its educators, who are teaching climate change and supports this commitment to sustainable development and innovation, which they have stated in the past is a priority. But, it feels really necessary right now, in this political climate, to reemphasize this and to be leaders in this kind of intellectual fight for objective reality and scientific truths.”

Have you gotten a response from the administration?

“I think it’s not an option, right now, to remain silent and as academic leaders, we need to take responsibility for intellectual integrity and we need to speak out and stand up for objective facts and for scientific consensus.

“If there’s no statement, whether it’s directly responding to our letter or in some way responding to this attack on science, then I’m sure people here will mobilize and we’ll put pressure on our administration, on our community, to recognize the severity and reality and danger that’s posed by the threat of climate change.”

Finally, who has signed it? Not necessarily the names of people, but, what are the positions? Is it only students or are there professors?

“It’s over 100 signatures, including a lot of grad-students in the sciences, including faculty, including some administrators, some department chairs and it’s a very broad group from over a dozen different departments. It’s not just the scientists doing the research who care about this, it’s the larger USF community also cares about this, especially as we are living in a state that’s projected to be so severely impacted by climate change.”

Is there anything else I didn’t ask that you’d like to say about this?

“We need to keep pressuring our leaders, at the local level, including in our academic institutions and also in our local governments. Keep pressuring our Senators to vote against these nominees, who are still saying that there’s room for this discussion on whether climate change is caused by humans and CO2 emissions. Calling Rubio, calling Nelson, to push them to vote against Scott Pruitt for the EPA, and Rick Perry for Department of Energy, who are openly climate change deniers and will not accept the consensus of scientific experts, which is just really irresponsible and dangerous.”

Young says, “many of us are planning to march for science.”

The USF administration declined WMNF News’ interview request. But in a written statement, spokesperson Adam Freeman wrote: “The university has received the letter and will be providing a response to the group in the near future.  We will be happy to share that response with you once it has been sent to the group of students, faculty and alumni.”