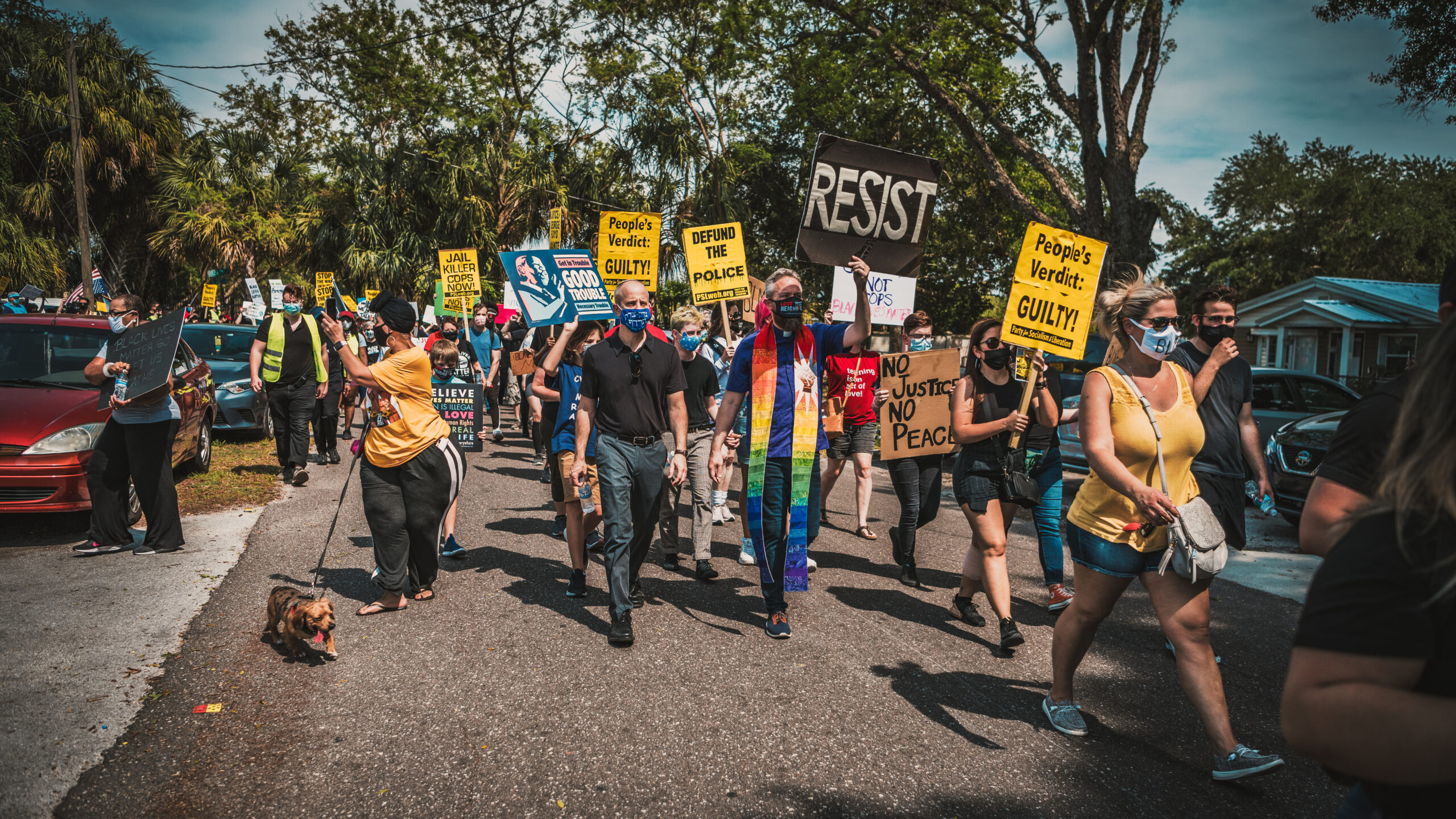 In the wake of the protests which swept the nation following the murder of George Floyd, municipalities have felt more pressure than ever to examine and reform law enforcement’s role in our communities. Join Donna, Liz, and Amina on Surly Voices as they discuss police reform and what some communities have done to remedy problems with law enforcement.

Here in Tampa Bay we are still seeing the effects of those protests as people like Jamie Bullock are fighting charges stemming from those protests. Bullock was arrested last summer during a July 4th march along Tampa’s Dale Mabry Highway. Activists were protesting racial injustice and police brutality spurred by the murder of George Floyd by police, along with the killings of Ahmaud Arbery, Breonna Taylor and more. Earlier this month charges were dropped on Bullock after more than a year of rejecting plea deals offered by the State Attorney’s office. Despite the mostly peaceful nature of the protests Florida enacted the controversial HB1, aimed at stifling protests in the state. A coalition of organizations including the NAACP, Dream Defenders, ACLU and more filed to immediately strike a major section of the bill. That effort is still pending.

Tampa Police Department has also recently come under scrutiny for a program which appears to have encouraged evictions of tenants who had been arrested or stopped by police. In a major new investigation, the Tampa Bay Times found that police contacted landlords at more than 100 apartment communities since 2013. Mayor Jane Castor has been under fire since the Times investigation was published, and after a period of defending the program has since signaled reform. Many have drawn parallels to this program and the “Biking While Black” scandal in 2015. Another Tampa Bay Times investigation published in April of that year found that Tampa Police issued far more tickets to bicyclists than any other city in the state and that 80 percent of the people ticketed were black.

Listen to the most recent broadcast below and tune in Thursdays at 10AM ET on 88.5FM in Tampa Bay or wmnf.org. Also be sure to subscribe to Surly Voices on Apple Podcasts or podcast services everywhere.

WMNF is in the middle of our annual Fall Fund Drive, please consider making a contribution to keep stories like this in Tampa Bay. Join The Circle of Friends or make a one time contribution today.