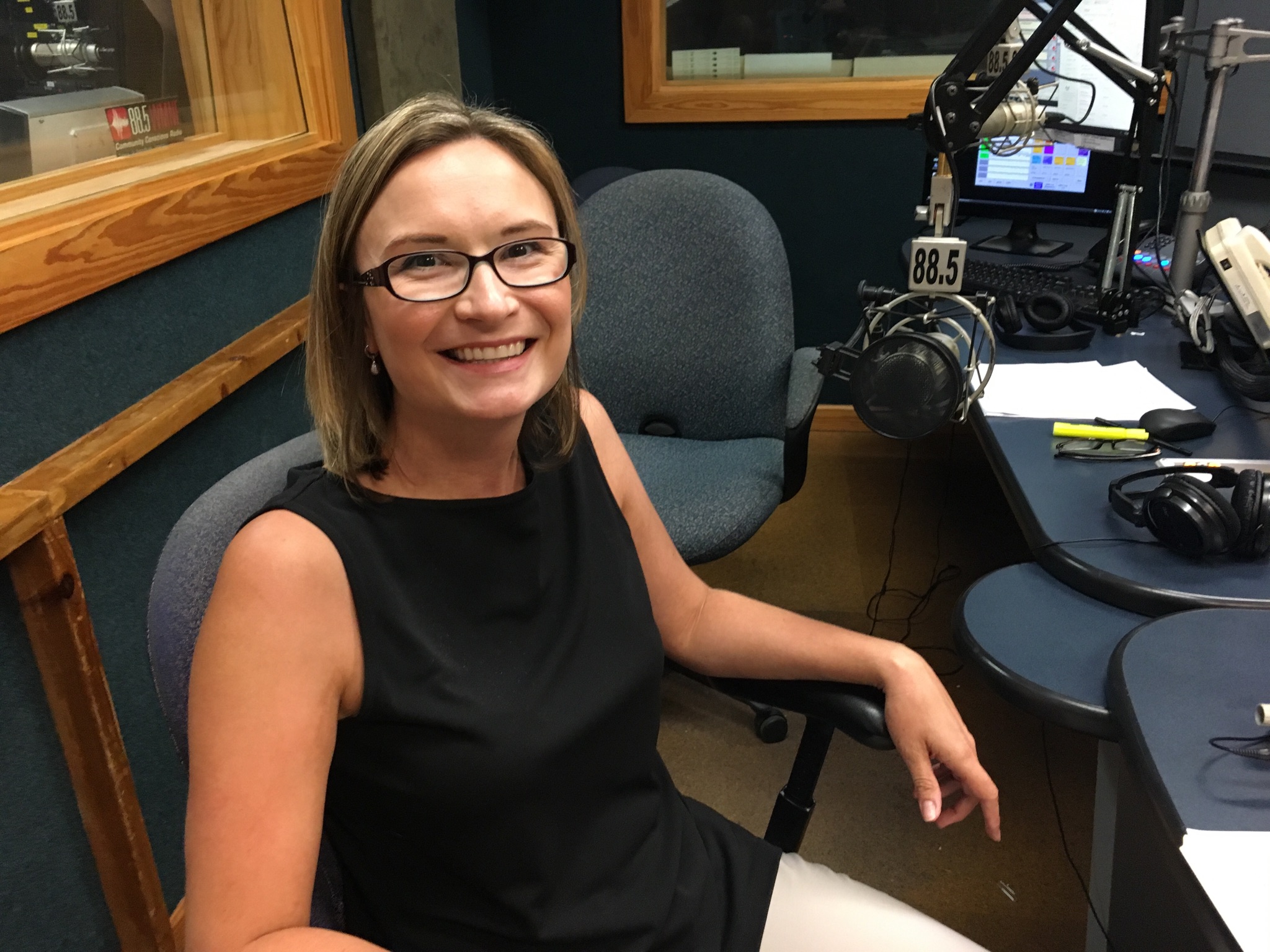 On MidPoint we continue our ongoing discussion of the climate crisis, including sea-level rise, and how Tampa Bay is preparing; or maybe it’s more accurate to say how it’s not doing enough preparing.

In a major news story last month, the Washington Post looked at this exact question. It begins: “Tampa Bay’s coming storm. The area is due for a major hurricane, and it is not prepared. If a big one scores a direct hit, the damage would likely surpass Katrina.”

Let’s leave aside for a second the fact that the area is not “due” – the odds of a future hurricane don’t increase if it’s been a long time since the last one. But, whoa, hat a wake-up call that should be. More than 1,200 people died in Hurricane Katrina and parts of New Orleans were changed forever.

Joining us in the studio for the hour is Melissa Baldwin, the founder of Chase Media Services, a communications company that specializes in sustainability and climate change.

We started with a quote from the article:

“Tampa Bay is mesmerizing, with 700 miles of shoreline and some of the finest white sand beaches in the nation. But analysts say the metropolitan area is the most vulnerable in the United States to flooding and damage if a major hurricane ever scores a direct hit. A Boston firm that analyzes potential catastrophic damage reported that the region would lose $175 billion in a storm the size of Hurricane Katrina. A World Bank study called Tampa Bay one of the 10 most at-risk areas on the globe.”

Also from the WaPo:

“Tampa Bay hasn’t suffered a direct hit from a hurricane as powerful as a category 3 or higher in nearly a century. Tampa has doubled down on a bet that another won’t strike anytime soon, investing billions of dollars in high-rise condominiums along the waterfront and shipping port upgrades and expanding a hospital on an island in the middle of the bay to make it one of the largest in the state.”

They’re referring, at least in part, to a major $3 billion development planned for downtown Tampa, called Water Street Tampa. It’s headed by Lightning owner Jeff Vinik and funded by Microsoft co-founder Bill Gates’ investment fund and also will get funds from Tampa taxpayers. About 2 years ago WMNF News asked Vinik if it was wise to build at sea-level in downtown Tampa. His response seemed vague and lacked details.

“Fortunately we look at that. And if you look at the details surrounding our whole plan and the logistics behind it, all of our buildings are going to be built at a high enough level to withstand quite a severe storm that may hit. You know, when you look at the sea-level studies I think there is a wide range of opinion about how things are going to change over the next 50 to 100 years. You know, I’m very confident that this area where we are at can be a great district and a terrific part of the Tampa Bay area for a long, long time to come.”

When pressed about how much storm surge his proposed development could endure, Vinik said he did not know.

The WaPo continued, “Once-sleepy St. Petersburg has gradually followed suit, adorning its downtown coast with high-rise condominiums, new shops and hotels.” It pointed out that Pinellas County could be sliced in half by a wave of water.

Watch the show on FB live:

What do we know about the rate of sea-level rise in Tampa Bay? According to the WaPo article, it had been

“about an inch per decade. But in the early 1990s, scientists say, it accelerated to several inches above normal, so much that recent projections have the bay rising between six inches and more than two feet by the middle of the century and up to nearly seven feet when it ends. On top of that, natural settling is causing land to slowly sink.”

“State leaders could be part of the reason. Republican Gov. Rick Scott’s administration has reportedly discouraged employees from using the words “climate change” in official communications. Last month, the Republican-controlled state legislature approved bills allowing any citizen to challenge textbooks and instructional materials, including those that teach the science of evolution and global warming.”

We played WMNF News’ interview with Adam Putnam. It was the day he announced he was running for governor, in May in Bartow, Florida — in Polk County.

Putnam: “Well, certainly any policy of that size should be federal in nature, so that we don’t put Florida jobs at risk vis a vis other states and other countries. I’m focused on making the launchpad for the American dream. We can be the magnet for talent from all over, for people to raise their families here, start their businesses here and grow their businesses here. And that is the focus that any governor should make their number one priority.”

WMNF: So if the federal government does nothing, you’re OK with that?

Putnam: “Let’s see what the federal government does.”

“The fictitious Phoenix hurricane scenario projects that wind damage would destroy nearly half a million homes and businesses. About 2 million residents would require medical treatment, and the estimated death toll, more than 2,000, would top the number of people who perished from Hurricane Katrina in Louisiana & Mississippi.”

On the show we looked at solutions at every government level – local, regional and federal. For example, a fee & dividend scheme.

A century of global warming, in just 35 seconds https://t.co/ry7vsXAqQo pic.twitter.com/52DRygYdAe

At the beginning of the show, we played a comment left by a listener after our last show. That program was about fracking and election integrity and about transit in Hillsborough County. This listener took issue with a proposal by a transit advocate to remove I-275 from Malfunction Junction in Tampa, northward and replace it with a multi-transit boulevard.