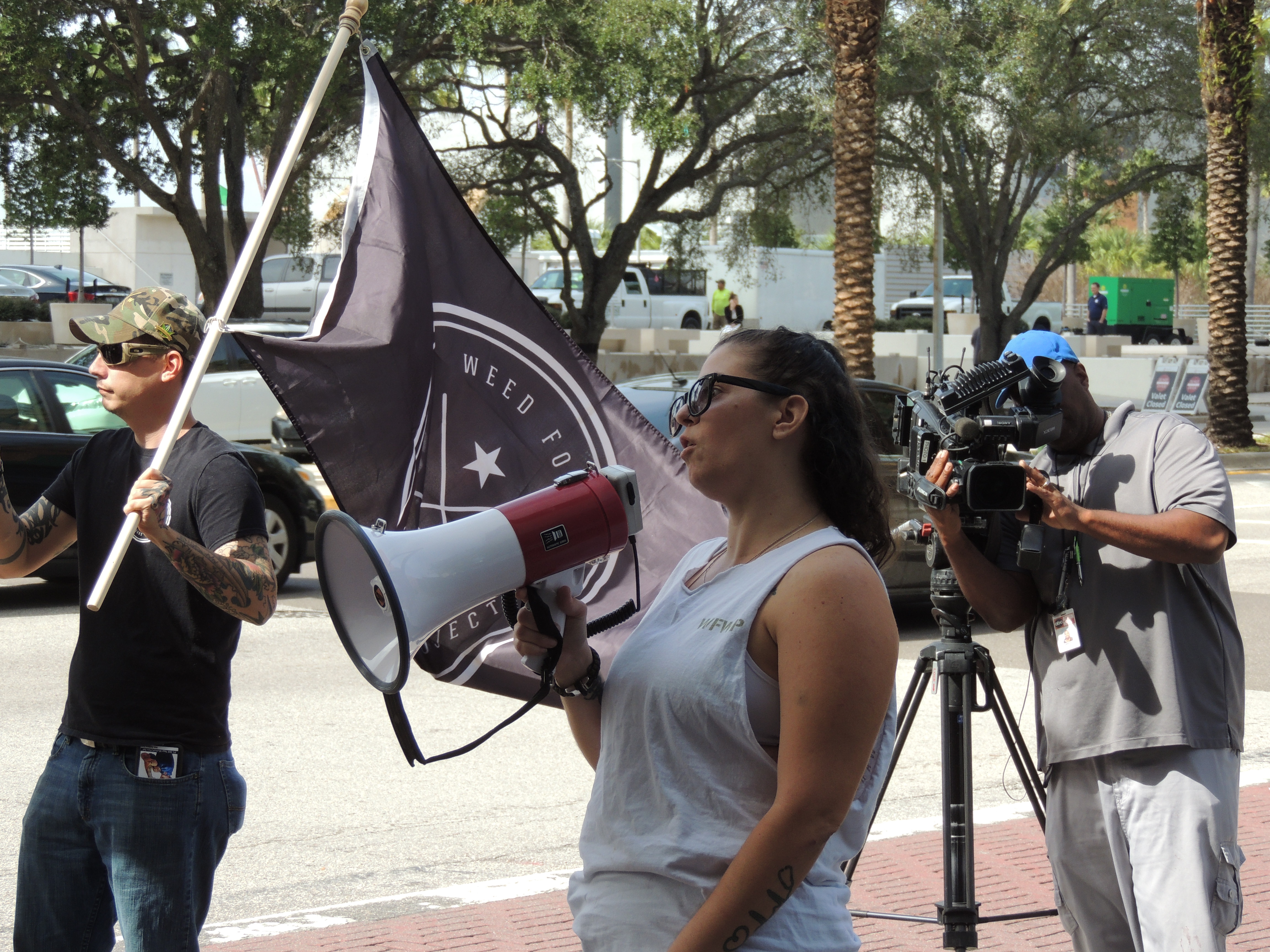 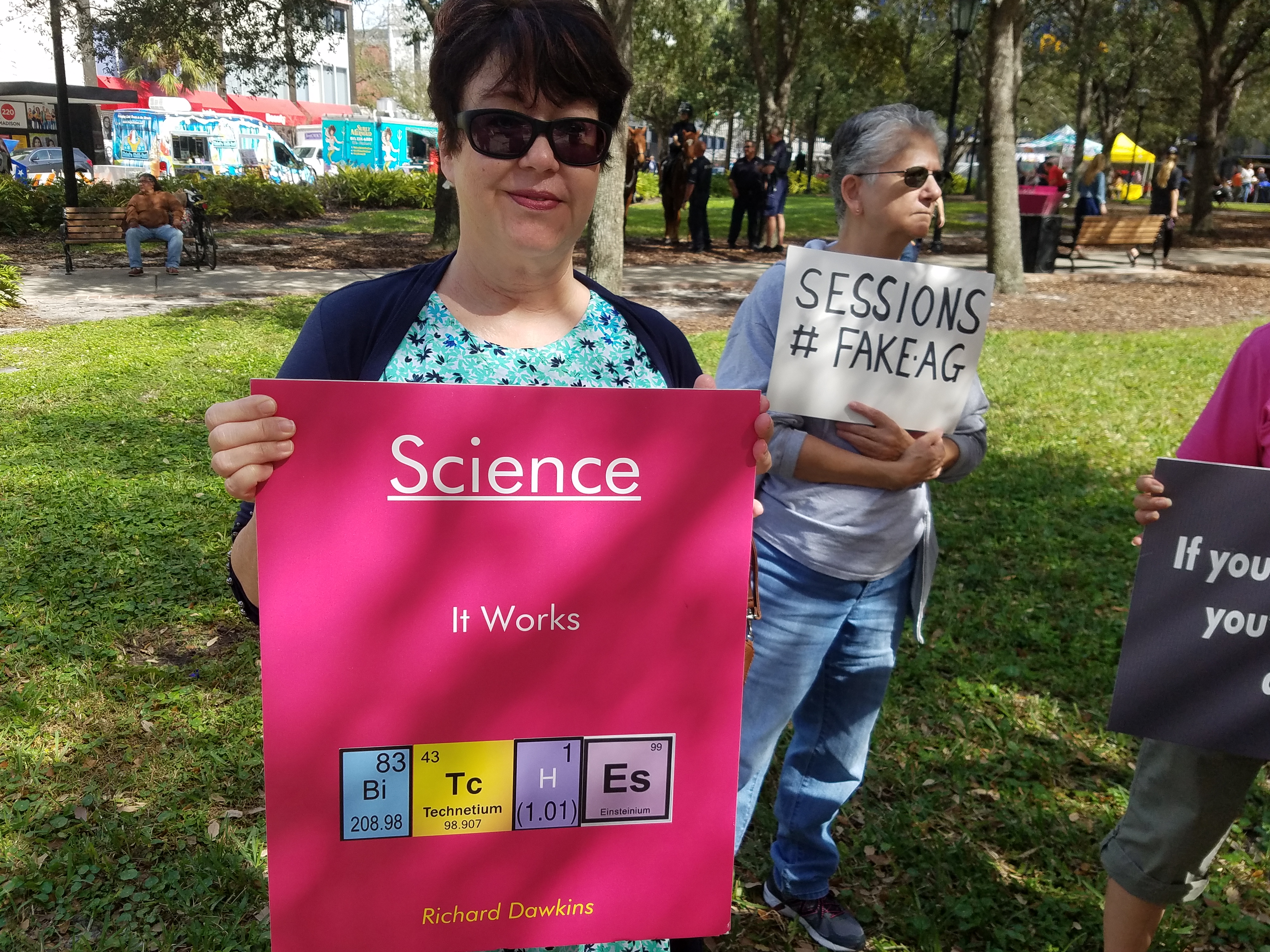 U.S. Attorney General Jeff Sessions was in Tampa Wednesday for a meeting of leaders trying to deal with the opioid addiction crisis; but outside the building where Sessions was meeting, forty protesters criticized his positions on racism, private prisons and even his opposition to the legal use of cannabis as an alternative to opioids.

One of them is Kelly Parrott, who received an honorable discharge from the U.S. Army after her superior officer raped her. She criticizes Jeff Sessions for fighting against marijuana as an alternative to opioid pills.

“[Sessions is] saying we’re going to combat the opioid crisis, but it’s not being combated. Because when they take people off of it, they just give them methadone. They give them other drugs. They give them other ant-psychotic drugs that they think that’s weaning them off. But it’s not. It’s just putting a band-aid over another band-aid. And the cycle continues.” 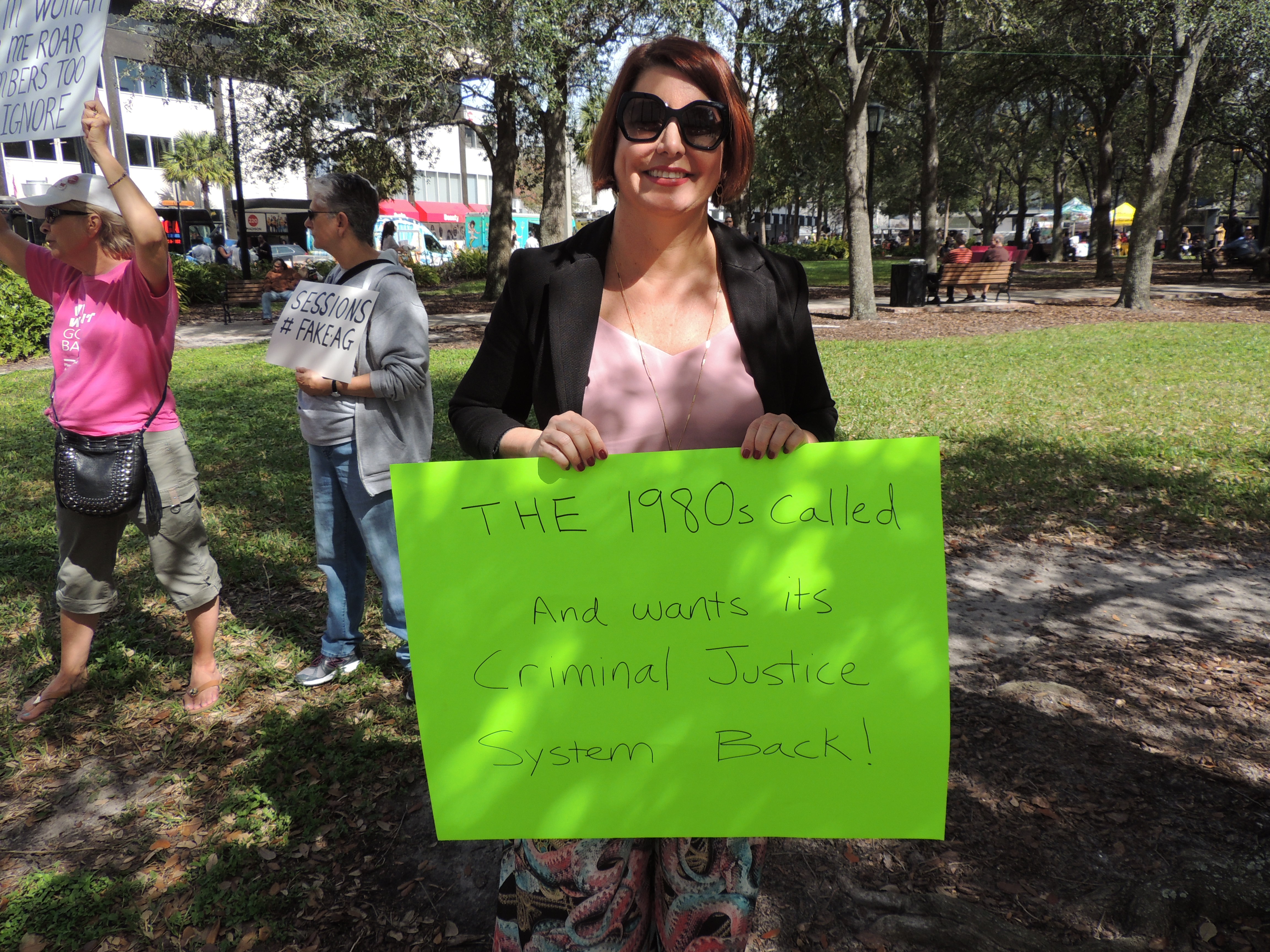 Erin Aebel, co-founder of the Surly Feminists for the Revolution, holds a sign at the Tampa protest against U.S. Attorney General Jeff Sessions. By Seán Kinane / WMNF News (7 Feb. 2018).

Groups like the Weed for Warriors Project and Surly Feminists for the Revolution protested Attorney General Jeff Sessions in downtown Tampa.

Erin Aebel helped to organize the protest. She is the co-founder of the Surly Feminists for the Revolution.

“I am still just shocked that he was nominated as the Attorney General, based on the comments that he made in his past. Calling the NAACP an un-American organization. And also referring to a white lawyer who was representing black clients in civil rights actions as a disgrace to his race. That’s why in 1986 he was not appointed as a federal judge.”