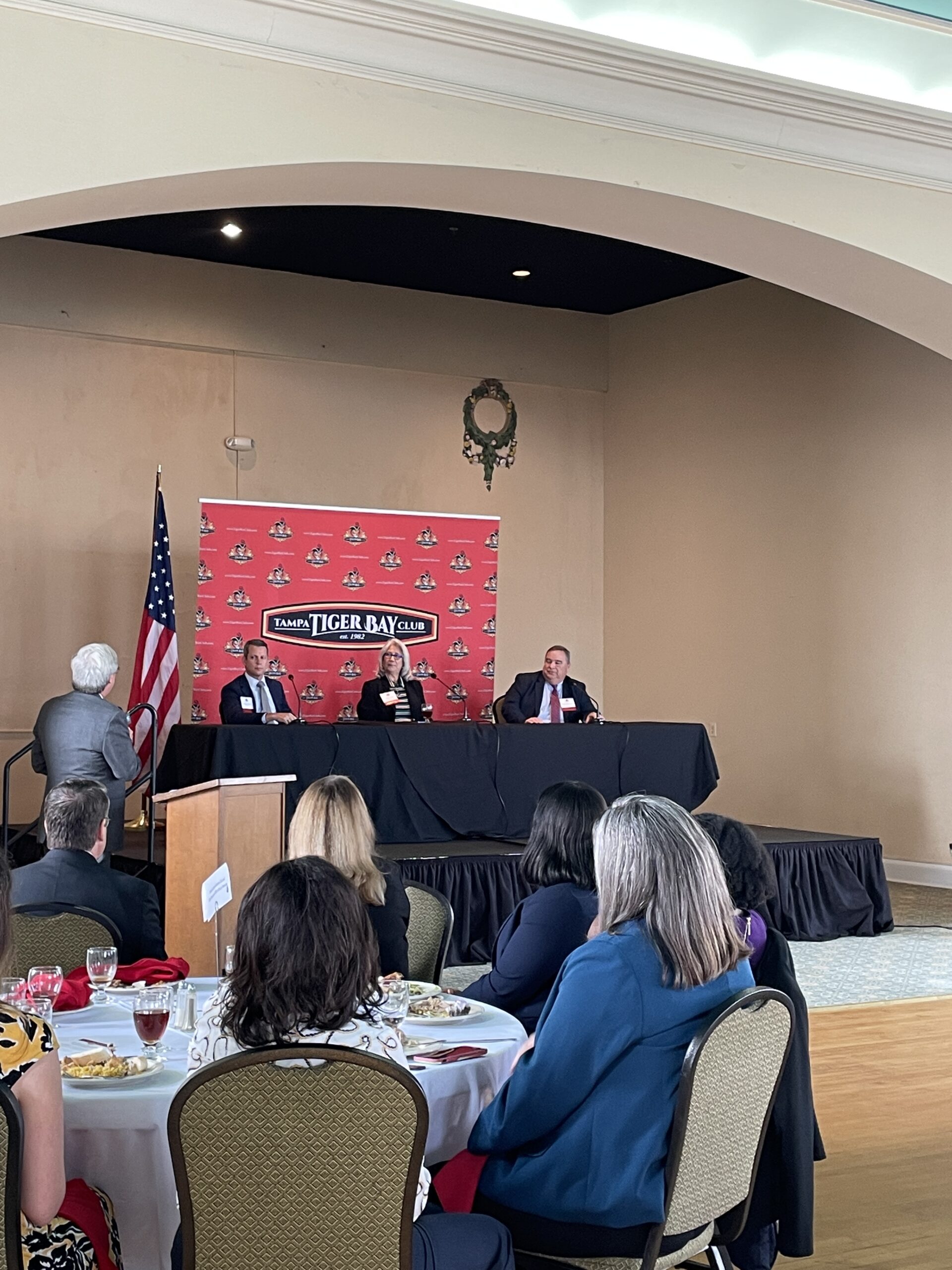 Warren says Tallahassee undermined “the will of the people.”

“Despite the fact that Tallahassee tried to undermine the will of the people,” Warren said, “I think you had three elected officials here that were doing every single thing they could to work together to fulfill the promise of Amendment Four, so that every single Floridian has the right to vote, as our constitution says.”

“I asked the chief judge one day as I said, I just would like for you to put a judge in first appearance court, that will allow my lawyers to give bond factors to the judge and have the judge balance what the state is saying and what I’m saying,” Holt said. “And make a decision that is fair and equitable at the end of the day.”

Housing costs have gone up over 24 percent in some areas of Tampa Bay. One attendee asked how the panel is dealing with the growing housing crisis. Public Defender Holt says she has concerns about foster children and their families trying to reunite amid high housing costs.

“What is going to happen to all these foster care kids, these group home kids?” Holt said. “How are we going to work through this entire process so that parents don’t lose custody of their children just because they are not able to give them that roof over their head or something of that sort?”

In 1999, Florida enacted strict mandatory minimum sentences and the three strike law. Prosecutors are the only ones able to waive the minimums. Chief Judge Ficarrotta says that takes away control from judges to look at each case.

“I am a big believer in judicial discretion,” Ficarrotta said. “And I think a judge should be able to apply their experience their common sense and deal with cases on a case-by-case basis.”

Holt says she was opposed to minimum mandatory sentencing when it began and hasn’t changed her stance. State Attorney Warren added that despite being designed to create consistency in sentencing, the measure has had the opposite effect.