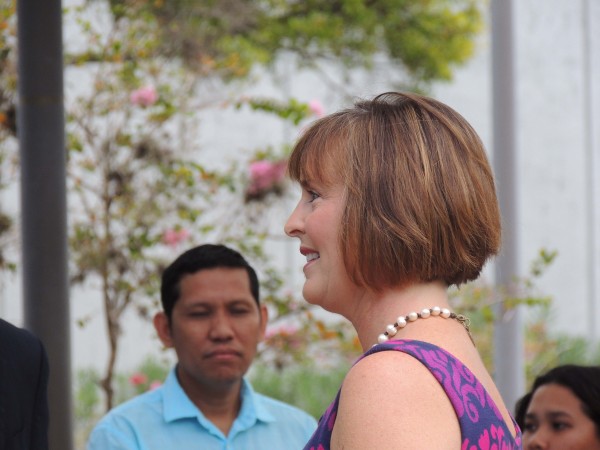 Victims of human trafficking in Tampa Bay will have more access to legal help thanks to a $600,000 U.S. Department of Justice grant announced Friday in St. Petersburg; during a press conference outside the Pinellas County Courthouse in downtown the executive director of Gulfcoast Legal Services said the 3-year grant will let them to hire more lawyers. John Dubrule says this will allow Gulfcoast to expand its legal services to fight what he calls modern day human slavery.

“Women who have been recruited from all over the world to come to work in low-paying jobs. Who come here only to find that that low-paying job is working in a brothel. And we have had women who have been trapped in brothels in the greater Tampa Bay area unable to escape, unable to get out and forced to service multiple men every day. And when they finally are able to come out then it’s important that they have an attorney.”

Some of those brothels take the form of what are called massage parlors. Gulfcoast Legal Services attorney Sophia Lynn Denicolo says they can be hotbeds of human trafficking.

“I don’t know if we have any clients that have come directly from a massage parlor. However, that is definitely a place that seems to breed human trafficking – it can be labor or sex trafficking – in the sense that these are often people that are brought in from other countries so there’s already a vulnerability there where they’re not necessarily here on their own volition, or if they are they may be afraid they’re going to be deported. And so they’re very vulnerable to kind of get sought out and get into these trafficking situations and sought out and trafficked by traffickers.”

In addition to sex trafficking, other kinds of workers can be victims of human trafficking.

Congress member Kathy Castor (D-Tampa/St. Pete) said the Tampa Bay area was one of only ten communities to get extra funds for legal help for victims.

“Well, I will go ahead and say that unfortunately the state of Florida is known as being one of the worst places in the country for sex trafficking and labor trafficking. A lot of it due to the tourism industry, unfortunately. But as you heard today it’s agriculture, it’s those low-wage jobs. It’s we’re a very transient state, were’ a very international state.”

The grant will let Gulfcoast Legal Services to help more victims like the husband of Neveh Mahilum. An agency recruited him from the Philippines to work as a welder. Mahilum feels “love and gratitude” for the legal help provided to her husband, who she says is a victim of human trafficking.

“The company provided them with accommodation. But most of the terms in the contract were not followed, particularly in the compensation. My husband endured such situation hoping that everything would be fine as he is very determined to provide us especially our only daughter a brighter future way back in the Phillipines. Eventually the situation of unfair labor practice got worse. Until they brought a case in the Labor Department. Until then they were abandoned and were never get paid. ”

If you notice activity that could indicate human trafficking, the Department of Homeland Security hotline is 866-347-2423 or the Blue Campaign on the Web.