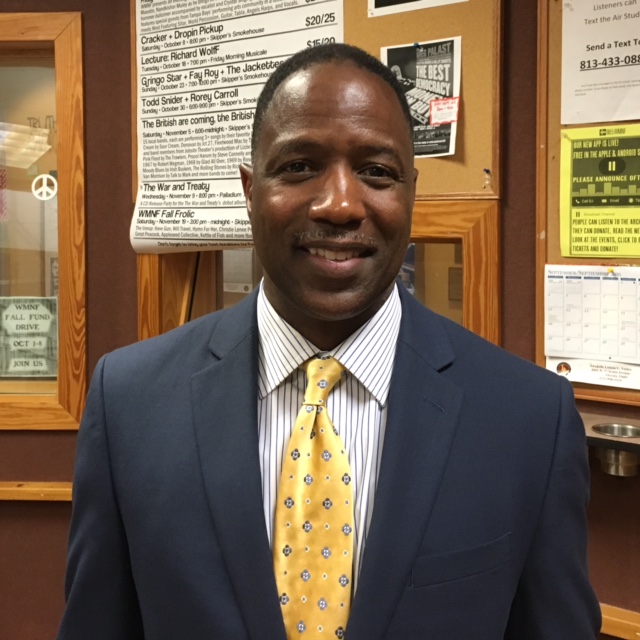 On Radioactivity Wednesday our first guest was Paul Stanton, who won the Libertarian Party primary here in Florida three weeks ago and is now the party’s nominee for US Senate. He works at MegaPath telecommunications software industry and is a U.S. Army veteran of the Iraq war who left college in Indiana to join the workforce. He joined us to expound on his platform and his stances on government regulations, gun control, and the foreign policy in the middle east.

Then we spoke with Dr. Kevin Gordon, a provost at St. Petersburg College and  former principal at Gibbs High School- where he was widely credited with the school’s turnaround, bringing its grade up from an F to just shy of a B. Dr. Gordon shared his thoughts on the effects of de-facto segregation on under-performing neighborhood schools. Last Year the Tampa Bay Times published a lengthy investigative report on 5 south St.Petersburg schools, mostly low-income and black, that were negatively effected by the school board’s decision to end integration efforts.