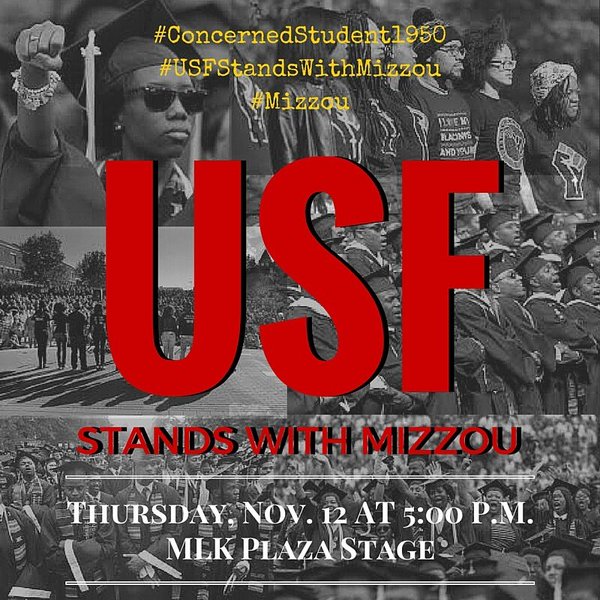 On Thursday afternoon USF students will rally in support of students at the University of Missouri who have faced threats of violence after the school’s president and provost resigned in response to student protests; black students organized the Mizzou demonstrations because they felt the administration was not doing enough to fight racism on campus.

Nia Knighton with the group Black Out Tampa is helping to organize the USF Stands With Mizzou solidarity demonstration. It begins at 5:00 p.m. at the MLK Plaza stage-front on the University of South Florida Tampa campus.