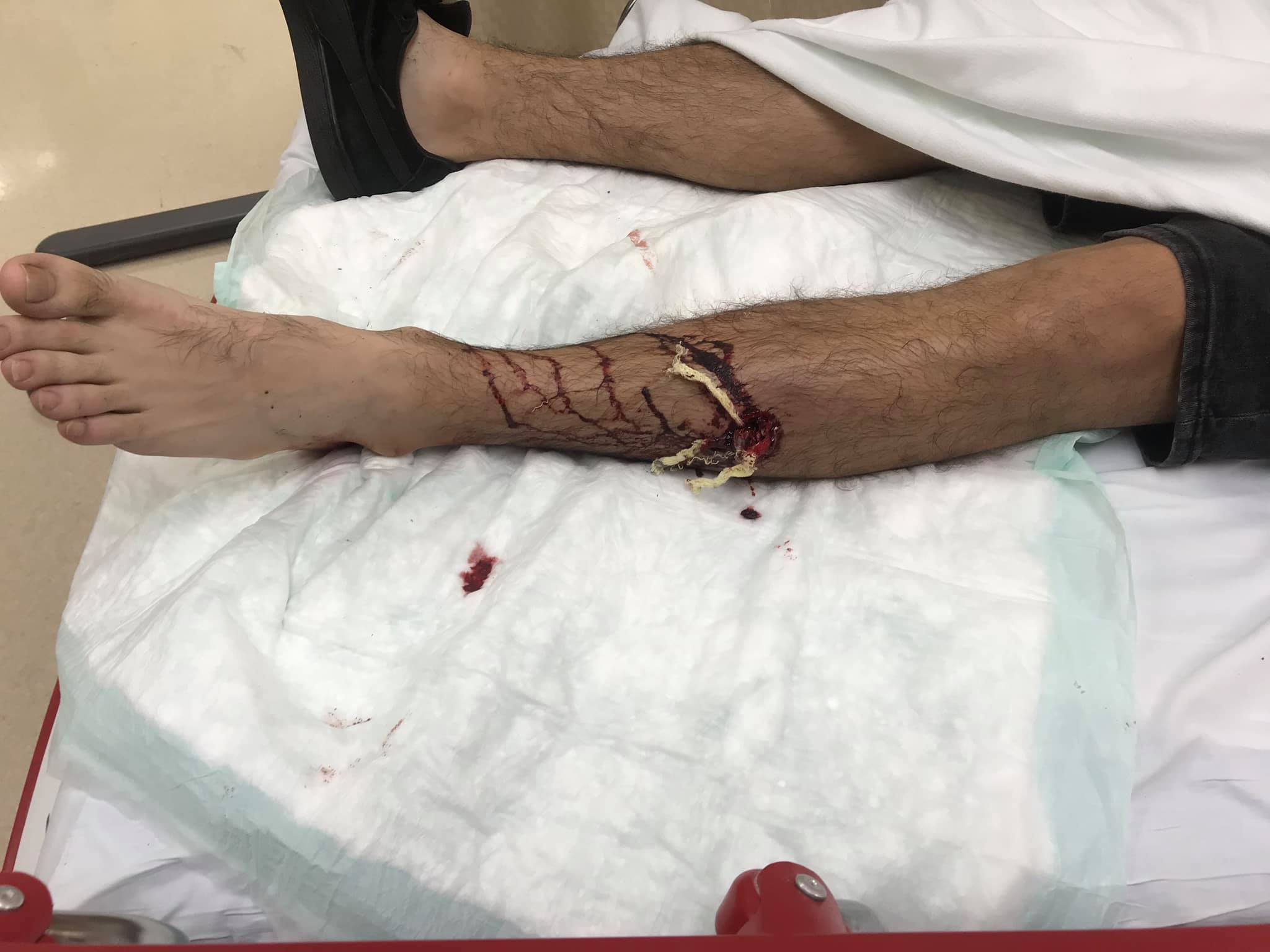 Here is a link to the previous video we published.

Bryan Ellis sent these videos and photos with permission to post. He captures the Tampa Police Department warning the crowd on Sunday afternoon to disperse at MLK and 22nd in five minutes. The shooting begins within a minute:

He posted graphic photos of his injuries on Facebook, but they are apparently not visible to the public. Here’s the text that accompanies the photos:

“Tampa police opened fire on peaceful protesters on Saturday. They shot me for just filming. This is what a “less lethal” round does from 100-150 feet away. I saw others get shot too. I was lucky a guy picked me up on his back and brought me to a car that Jerry Funt and Ben Funt were using for first aid. They drove me to Tampa General Hospital where the amazing trauma center workers took more care of me, sedated me and took out the bullet. Thank you to everyone who helped and offered help. This weekend I gained a new appreciation for excessive force and how the US uses brutality against movements. Also for how compassionate and brave people are in the face of evil. When you see cops shooting at protesters on TV, this is what they’re doing—maiming and killing people who speak out for justice. The US regime is founded on racism, cruelty, inequality, oppression, terror and brutal violence. If we keep coming together and building a better world, the nightmare of America and capitalism will one day be something future generations just read about in history books” 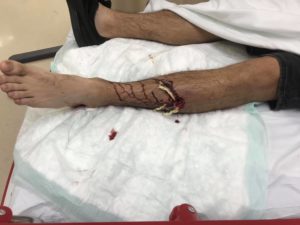 Photo provided by demonstrator Bryan Ellis, who was injured by Tampa Police Sunday.