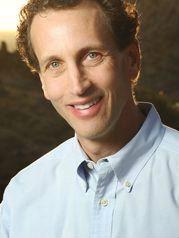 Earlier this year Congress passed and President Trump signed a bill lowering the corporate tax rate from 35 to 21 percent. Much was promised when the corporate tax cut was passed—CEOs and Congress promised more investment in American companies, more jobs, higher pay and bonuses for workers…

Here’s one ad from the American Action Network.
https://americanactionnetwork.org/press/new-1-million-aan-ad-campaign-promotes-tax-cuts-middle-class-families/

We’re joined now by Bob Lord who is an attorney who practices in Arizona. And he co-wrote with Josh Hoxie an article for the American Prospect called ONE TIME BONUSES, FULL TIME CON: TRUMP’S TAX CUTS DELIVER WORKER LAYOFFS http://prospect.org/article/one-time-bonuses-full-time-con-trump%E2%80%99s-tax-cuts-deliver-worker-layoffs

Bio: Bob Lord, a tax lawyer and former Congressional candidate, is an associate fellow at the Institute for Policy Studies. Bob previously served as an adjunct faculty member at the Arizona State University School of Law. Bob’s work focuses on the relationship of tax law to inequality. He contributes to both the Inequality.org website and to OtherWords, the Institute’s national syndicated editorial service. Bob also is a staff member at Blog For Arizona, the leading political blog in Arizona.

USF adjunct faculty vote overwhelmingly for Union Representation
Of about 900 eligible adjuncts, 91 voted no, and 326 voted yes.
“I kind of knew it was going to turn out very well, but I didn’t know it was going to turn out this well,” said English literature adjunct Jarad Fennell. “The university has fought us for so long, and they sent us so many emails trying to undermine the process, and I feel very vindicated with the response from the adjuncts.”
USF officials have said a union will add costs and negate adjuncts’ flexibility. They’ve said that working through a third party, the Service Employees International Union, will make negotiations more difficult.
“We are disappointed by these results, as well as the low voter response,” USF spokesman Adam Freeman wrote in an email. “It is troubling that only a limited number of voices were heard, and that the desires of a few will affect the future for so many.”
Despite a contentious election, he said, the parties should work together to serve students as best they can.
“While we may disagree, we value the many contributions our adjuncts make to the university, and we are committed to bargaining in good faith,” he said.
The adjuncts had been worried, briefly, when USF brought in a consultant this winter to host union info sessions. They sat in on each session. But only one adjunct ever came who wasn’t already part of the movement, said adjunct Mike Rusó.
“And that person got so infuriated halfway through that she turned to the person next to her and said, ‘I want to sign a card,’” Rusó said. “There wasn’t anyone on the fence.”
For many of the adjuncts, the union effort was more than a path to higher pay. It was a way to force USF to pay attention to the costs of part-time labor. Because even as college has gotten more expensive, universities everywhere have turned increasingly toward inexpensive, flexible professors. Half of the nation’s faculty now work as part-time adjuncts, a sea change.
Some may be retired professors, or professionals who teach a class on the side. But a growing number try to scrape together a living with a patchwork of part-time, low-paid classes, even scrambling between colleges to make ends meet. For many, dreams of academia collided with the reality of the unforgiving job market.
Pay ranges, but most make a few thousand dollars per course without benefits or job security. Rusó, for instance, makes $24,000 teaching eight courses per year. Studies and surveys illuminate the dark side of this precarious life for some: skipping meals, sleeping in cars and forgoing medical care.
Tuesday’s vote sends a message that USF will have to take adjuncts seriously, said philosophy teacher Steven Starke. And more broadly, he said, it should send a message about the changing tides of academia. Fennell agreed

We’re joined now by Mike Ruso an adjunct faculty member at USF and part of the effort to win union representation…..