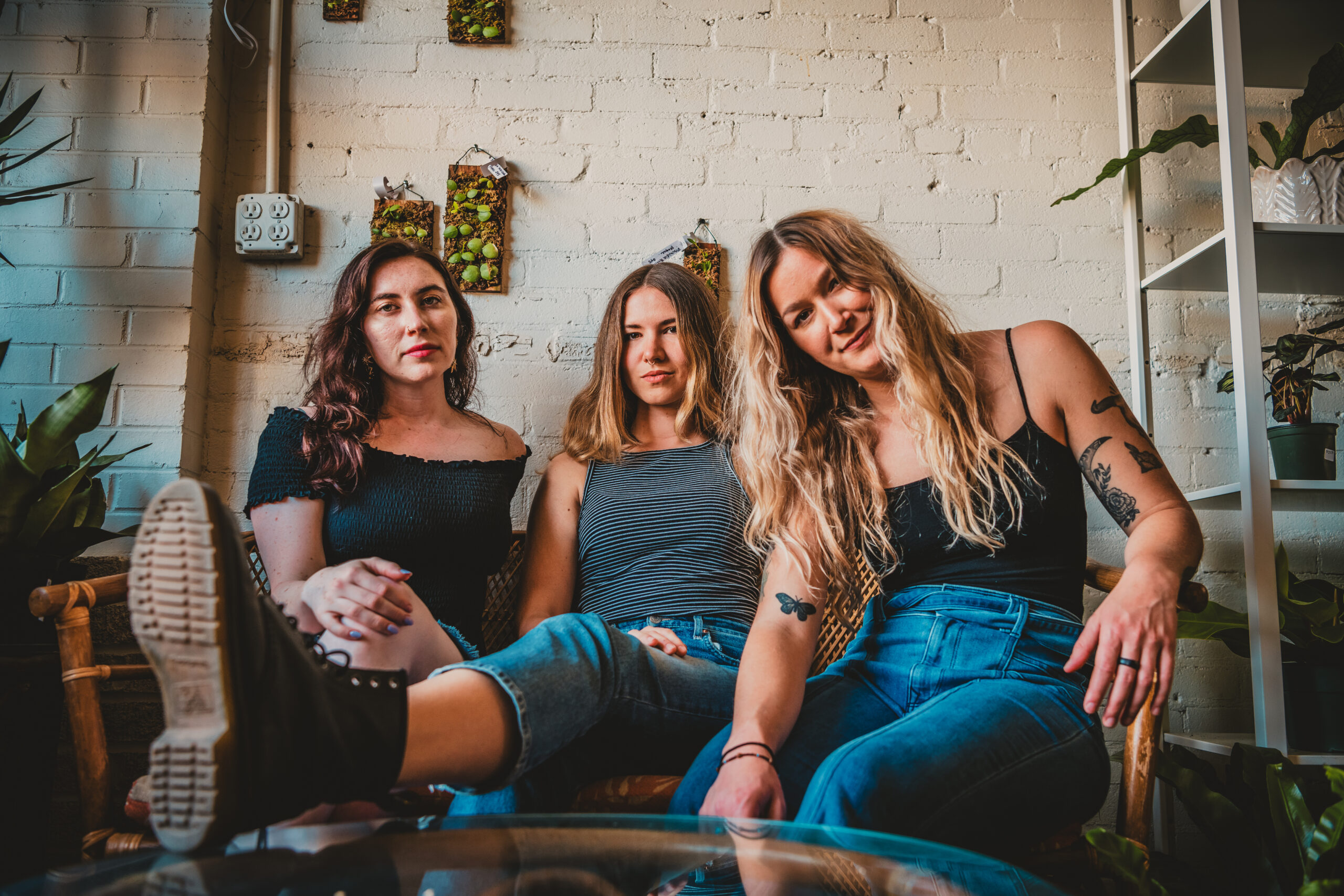 WMNF features Women in Music throughout the month of March.

This month, WMNF is featuring Women in Music from Tampa Bay. Our staff, hosts, and volunteers will be featuring new and staple Bay Area artists on wmnf.org and 88.5FM. For our first feature, as part of International Women’s Day, our new intern Cydney is kicking it off with a look at Tampa’s Sienna Queen.

Sienna Queen is an all woman garage/surf rock band from right here in Tampa. Their influences include The Rolling Stones, Red Hot Chili Peppers, Ween, and other 90’s era-rock. The group is made up of Lindsay Michelle on drums, Claire Morrison on guitar, and Gina Tortorici on bass. We asked what playing together as an all Women group meant to the band, bassist Gina shared,

“We find strength, freedom, and courage through playing music together. I think being an all-female-band gives us a chance to empower other women to join forces and create art and music together as well”.

Last week the band played their first two shows as a group since the pandemic shifted our world away from live music. The trio started the weekend at Safe & Sound certified venue Hooch and Hive on Friday, and followed that up with a set at The Yard on Mass in Lakeland Sunday. Both sets featured a mix of original songs the band is working on, written by guitarist Claire.

While the band has yet to release any recordings, they are in the process of putting out their first EP. The group tracked the record at Pulp in Gainesville, FL working with Florida producer/engineer Ryan Haft (Jacuzzi Boys, Torche, Las Nubes). They were kind enough to share some demos of the EP with WMNF. We won’t give away too much, but one track we heard started out as optimistically as this group’s future seems to be,

“Feel your freedom flow, through the humid air, bask in sunshine’s glow, your humanity’s still there…”

Look forward to a powerful mix of 90’s inspired surf and garage rock, complete with the heavy rhythm guitar and catchy riffs you might expect, balanced by a trio of strong voices that leave a signature the band can call their own. The EP is expected to release within the next month, you’ll be hearing it soon on WMNF.

Find more photos from Friday’s show on our Instagram courtesy of Chandler Culotta. For more from Sienna Queen, be sure to follow them on Instagram and while you’re there, check out this teaser of a track off the new EP.

Let us know in the comments which Tampa Bay Women in Music you’d like to see featured, or submit suggestions to [email protected]. You can stay up to date on WMNF’s Women In Music features on 88.5FM, wmnf.org, Facebook and Instagram.