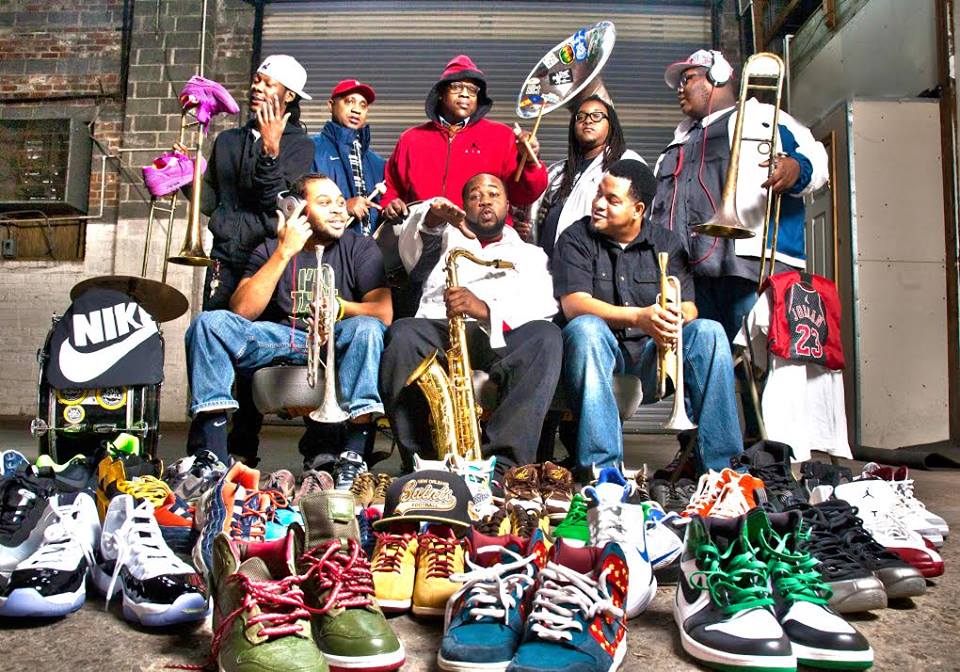 Advanced ticket sales have ended at WMNF, by phone & on-line… Please check an outlet for $17 Advanced priced tickets or get them at the door, open at 7pm ($20)!  There will be plenty of tickets there to buy.

The Soul Rebels, one of New Orleans finest brass bands,  did a knockout set at a past Tropical Heatwave and highlighted a recent Gasparilla Music Fest.

The Soul Rebels started with an idea – to expand upon the pop music they loved on the radio and the New Orleans brass tradition they grew up on. They took that tradition and blended funk and soul with elements of pop, hip hop, jazz and rock. The band has settled on an eight-piece lineup that can be heard on their international debut release Unlock Your Mind. The Soul Rebels built a career around an eclectic live show that harnesses the power of horns and drums in the party like atmosphere of a dance club. When not touring, The Soul Rebels’ weekly show at Le Bon Temps Roulé is known to erupt with the kind of contagious, shout-along musical mayhem that The Rebels bring with them wherever they perform.

The Soul Rebels continue to chart new territory as they combine topnotch musicianship and songs with grooves that celebrate dancing, life and soul.