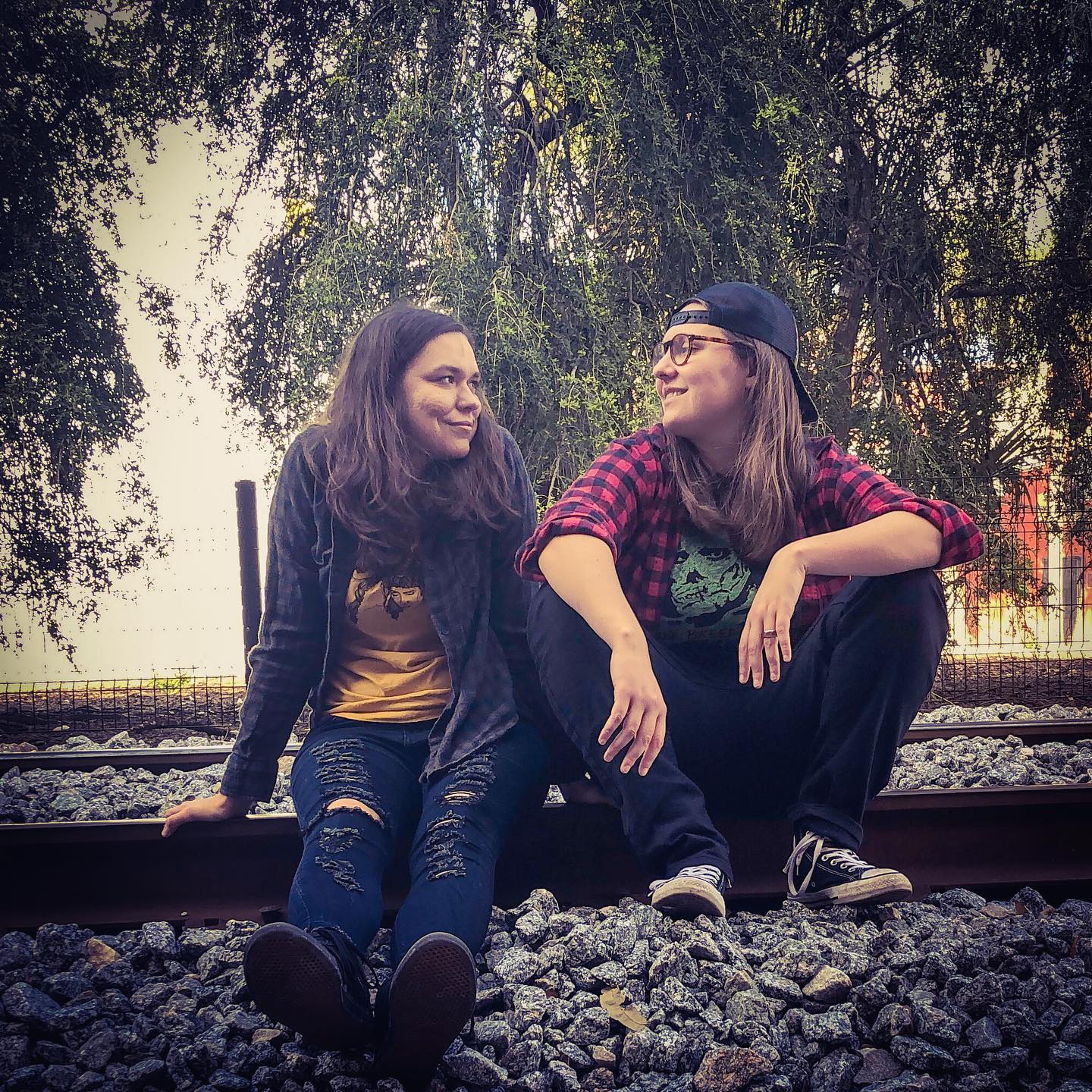 WMNF features Women in Music throughout the month of March.

This month, WMNF is featuring Women in Music from Tampa Bay. Our staff, hosts, and volunteers will be featuring new and staple Bay Area artists on wmnf.org and 88.5FM. This week we talked to Proud Miranda, check out our first feature with Sienna Queen here. 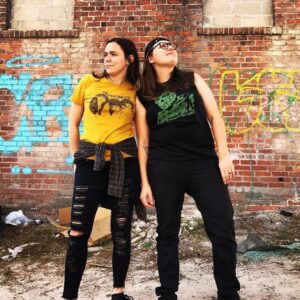 Proud Miranda is a Rock and Roll duo based in Tampa. This duo consists of the happy couple, Kate and Amanda Miller. We asked what it meant to them to not only be a women duo in the music scene, but a duo so transparent with their sexuality:

“There are a lot of times throughout both of our lives where we’ve had to hide parts of ourselves, be quiet, and just kind of blend. Music is an outlet that allows us to really live out loud and express.”

They stressed the importance of finding queer role models in music and in thier lives, we can safely say after talking with them that they, themselves, are a strong rolemodels.

“We want to live authentically and show everyone who we are and hopefully other people can feel the same sense of belonging from our music.”

Unfortunately, due to the pandemic the band has no upcoming shows scheduled. That doesn’t mean Covid has slowed them down, they have taken this time in quarantine to focus on songwriting and playing with different arrangements. The group put out an album last year in July  called I’m Sorry I Can’t Don’t Hate Me full of the bands simple, but powerful Guitar/Drums/Vocals. In addition to the record, later on in 2020, they released a demo-tape on bandcamp called Quarantunes, which also features the two piece in an even more stripped down and less polished recording. The demo benefits from its barebones nature which represents the band well. In a disclaimer with the released Proud Miranda warned “All songs a were recorded/mixed using GarageBand on an iPhone 8. If you’re an audiophile this may not be for you”.

Forthcoming Album, future shows Proud Miranda is currently working on a new album, expected to be released sometime this year. For this new album, this is the first time they will be adding bass guitar. As usual it will feature Kate on guitar and lead vocals, and Amanda on drums and backing vocals, but will add Amanda also taking on bass. We asked them what made them switch to a more lofi sound and add bass in their new album, they shared,

“Out of boredom Amanda started learning all of our songs on bass. Then we started writing and recording everything we’ve been working on going forward with bass as we wanted to add more texture to our music.”

While the album is still in the works, they have released a single from this album titled Mad About You. They told us that they wanted to keep the rawness of their previous music, and let the songs speak for themselves.

Women in Music on WMNF Make sure to follow Proud Miranda on Facebook and instagram  to make sure you don’t miss any updates about their upcoming album. And let us know which Tampa Bay Women In Music you’d like WMNF to feature bye submitting suggestions to [email protected]. Stay up to date on all our future articles in WMNF’s Women in Music features on 88.5, wmnf.org, Facebook and Instagram.