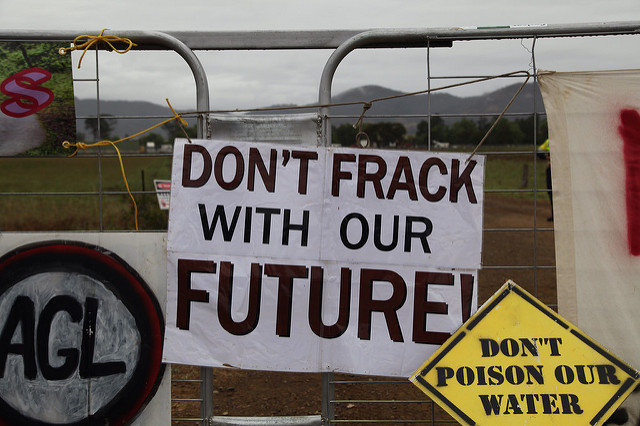 We have to stop fracking in this state!

It will be a disaster for our water, particularly.  DR. SANDRA STEINGRABER, scientist, author, professor, one of the leading experts on fracking in the world, is coming to Florida to give a lecture Saturday, January 20th at 5 PM at the Miami Dade College, Wolfson Campus.  She will bring the very latest data about the dangers to our water supply, particularly here in Florida.  Dr. Steingraber and her organization, Concerned Health Professionals of New York, along with Physicians for Social Responsibility, are releasing the water section of the 5th edition of The Compendium of Scientific, Medical and Media Findings demonstrating the risks and harm of fracking.  The report is not yet complete, but with the Florida legislature in session and efforts to ban fracking in Florida, Dr. Steingraber wants to come to Florida to give us this important data.  I was able to catch up with DR. STEINGRABER today and she discussed some of the findings.  I strongly suggest, if you are concerned about the dangers of fracking in Florida, that you listen to Dr. Steingraber on the show tomorrow, and if you can, go to Miami to  hear her lecture Saturday.  I repeat, we must defeat fracking in Florida.

How on earth did we elect Trump president of the United States of America?

And following the Trumpian dystopic with another week of insults, threats and obfuscation, have we stopped to ask the obvious question, how did we elect this man to be president?  How can anyone be surprised with Trump’s actions in the White House?  Not only should we be asking, how could we have elected this man, but also how could we have allowed the defamation, the pillaring and the destruction of Hillary Clinton?  Perhaps not physical destruction, but no candidate has been as debased and defamed as she was.   You can‘t talk about one without the other.  SUSAN BORDO, media critic, cultural historian, professor of gender and women’s studies at the University of Kentucky, who wrote The Destruction of Hillary Clinton: Untangling the Political Forces, Media Culture and Assault on Facts that Decided the 2016 Election,  will discuss what happened and what is happening right now. Surprise! Trump wants to reopen the email investigation as his scandals just won’t go away.

We are writing our own herstory.  Let’s make it a good one.  Time’s Up in more ways than one! Tune into From a Woman’s POV Thursday at 10 am.