Home Blog Blog Women’s Show 3/29 What Is It about the Guns in American Culture? Dr. Roxanne Dunbar-Ortiz – The 2nd Amendment 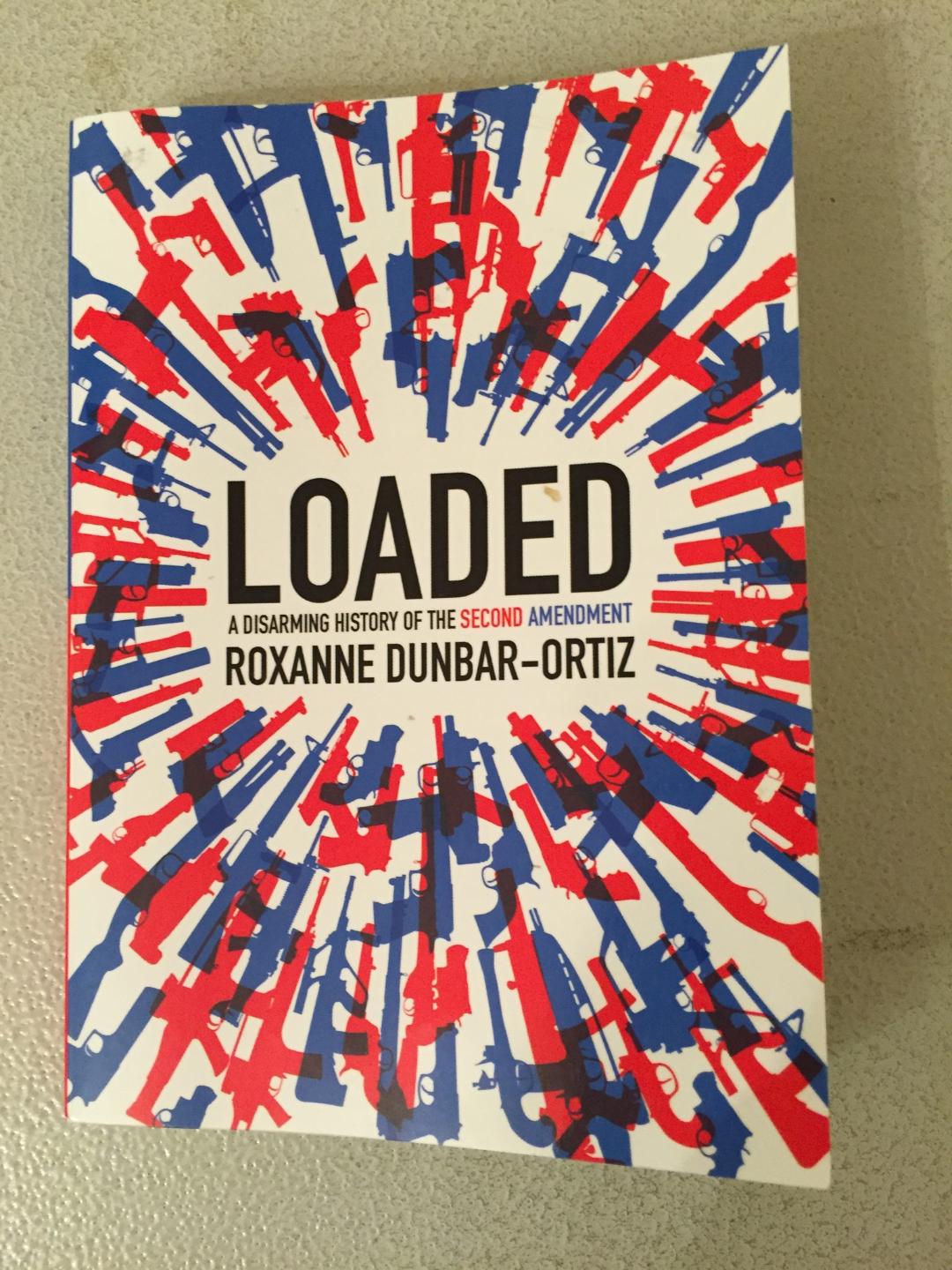 To excerpt the end of Gary Wills essay after the Orlando Pulse Mass Killing,

“Everyone knows we are not going to do a single damn thing.  We can’t.  We are captives of The Gun.

The Gun is patriotic.

The Gun is America.

What did the founding fathers have in mind with the second amendment?  Remember, Thomas Jefferson, in the first draft of the Virginia Constitution, nine years before the US Constitution stated, “No free man shall ever be debarred the use of guns.”  Long before we were a country, we were eradicating the Native Americans.  The Indian Wars, the Slave Patrol, the Civil War – all concurred.  There were about 15 million Native Americans in this country when the first ships came on shore.  Where did they go?  What does the Second Amendment have to do with this history?  Dr. Roxanne Dunbar-Ortiz, American historian, writer and feminist, author of Loaded: A Disarming History of the Second Amendment, posits that the second amendment guaranteed the rights of the settlers to kill.  She has been active in the international indigenous movement for more than four decades and is know for her lifelong commitment to national and international social justice issues.  After receiving her PhD at UCLA, she taught in the newly established Native American Studies Program at Cal State Hayward and helped found the Departments of Ethnic Studies and Women’s Studies.  She is the author of several books including An Indigenous Peoples’ History of the United States.

I am not sure we can come to terms with the guns and the violence problem we have in this country without examining the reasons for the second amendment.  Do we have the courage to look in the mirror and see our history from the moment we set foot on this land?  I think we owe it, not only to the past, but to the future.  Violence begets violence and will ever be so.

They aren’t interested in owning guns.  They are forcing us to look at our violence and are pushing us to do something about it.  The marches…the speeches…the passion… demonstrate a moral character that has been absent in this country for a long time.  It seems it is always the youth of a culture that sees its dreams as possibilities and not failures.  Did you listen to those young people Saturday?  So many of them crying out from their own personal loss – crying out through their grief and demanding us to be better.  We need their hope.  We need their passion.  They are not afraid to look in the mirror.

Keep your dial tuned to WMNF. Tune into From a Woman’s POV Thursday at 10 am.