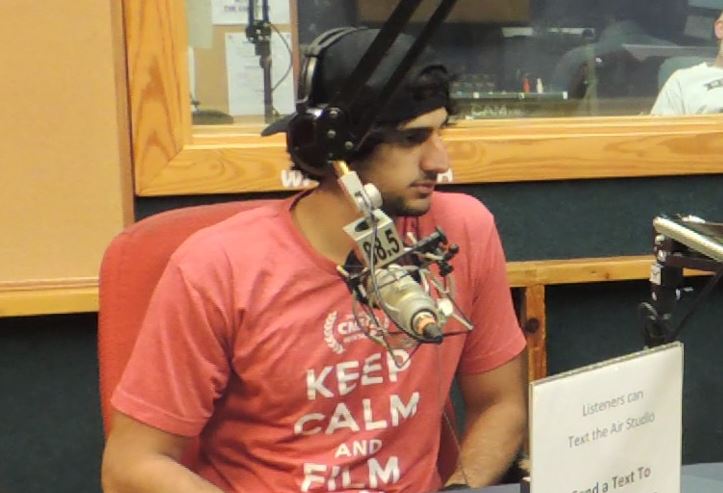 Some young Tampa filmmakers have set their sights on humorously criticizing the Democratic Party’s use of “superdelegates;” we interview a founder of Peace House and hear clips from Sunday’s Democratic presidential debate.

There was a lot of election news over the weekend. Democrat Bernie Sanders won 3 primaries or caucuses while Hillary Clinton won one. The gap in the delegate count narrowed a bit – Clinton now leads 658 to 471 in pledged delegates before the primaries Tuesday in Michigan and Mississippi. But that’s before unpledged delegates – or “superdelegates” are counted.

On the Republican side, Florida’s Marco Rubio won in Puerto Rico Sunday but on Saturday it was all Donald Drumpf and Ted Cruz. Four states have Republican primaries Tuesday.

Sunday night’s Democratic debate was in Flint, Michigan, so it was appropriate that much of that discussion dealt with the nation’s crumbling infrastructure and the poisoned drinking water there.

The two remaining candidates differed a bit on the fossil fuel drilling technique known as fracking. They were also asked about race differences in incarceration, the 1990s crime bill and the death penalty.

Our in-studio guest was Ahmad Hussam, a creator and founder of Peace House.

We had Hussam on the show about a year ago when Peace House came out with a humorous video with young Muslims reading the Islamophobic statements posted in the online comments sections of local news stories about a fire at a mosque.

Peace House has made some videos lately about politics and the elections. The most recent one is critical of unpledged delegates or “superdelegates.” In the video an actor reads the words of Democratic National Committee chair, Florida Congress member Debbie Wasserman Schultz.

Rep. Wasserman Schultz spoke Monday afternoon at USF Tampa. I invited her to be on the show but her scheduler said she did not have time.