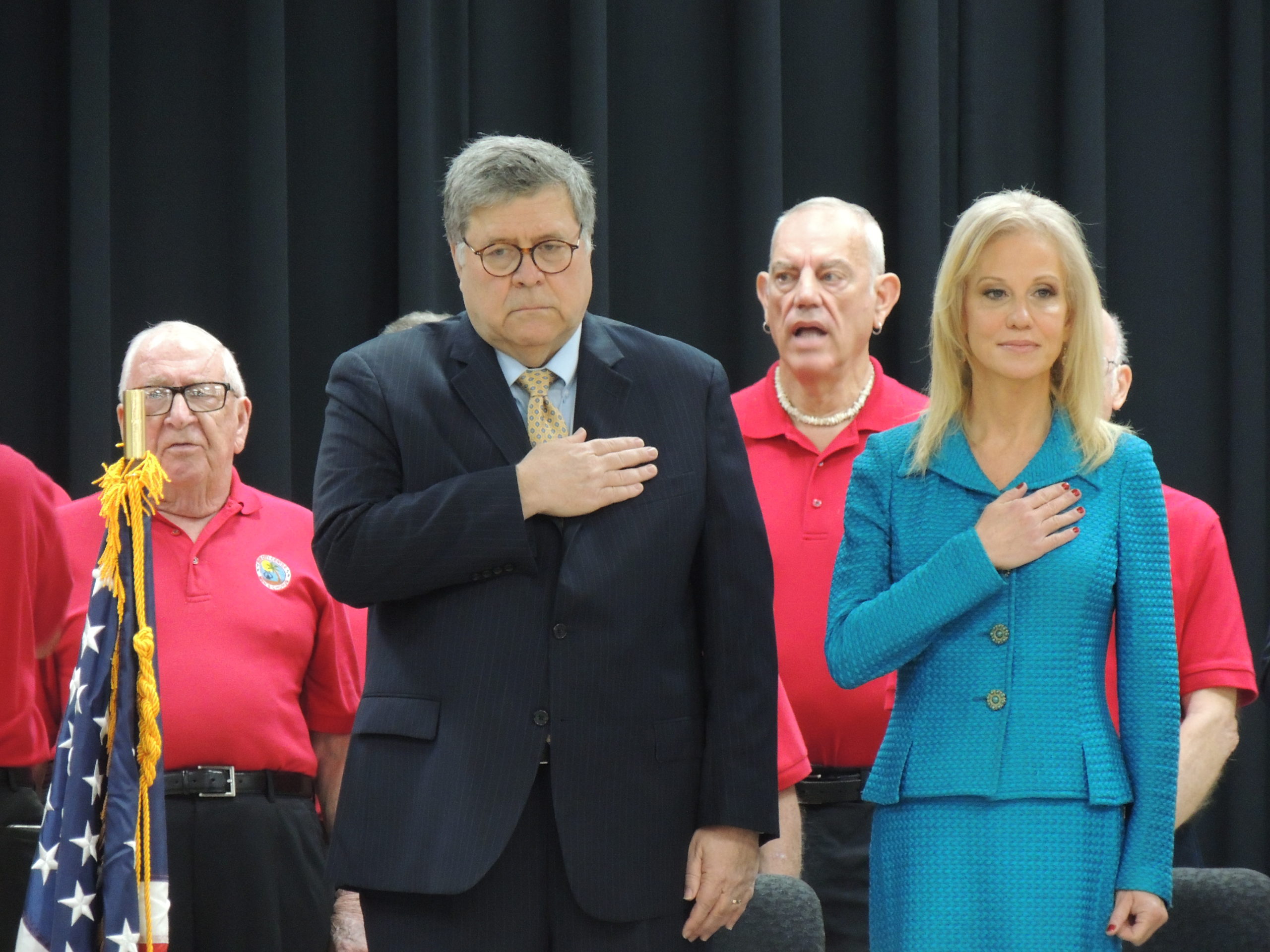 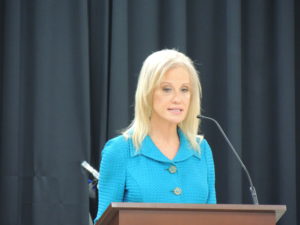 More than 20 protesters held signs opposing Barr outside the community hall where he spoke to about 400 people.

Barr was joined onstage by the Counselor to President Trump, Kellyanne Conway.

In this clip, if you listen really closely, you can hear that Conway was interrupted by a protester objecting to President Trump’s proposed cuts to social services — and Conway responds.

The person who interrupted Conway is Pamela Pride. She is from Olympia, Washington, but is in Florida to help people register to vote. 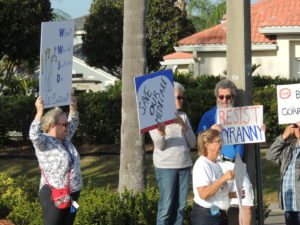 Pride also said she thought the appearance by Attorney General Bill Barr and Kellyanne Conway during election season had the feeling of a political rally.

That’s a sentiment echoed by several of the demonstrators outside, but not by the other attendees WMNF spoke with.

Fran Bodman is president of the South Shore Democrats.

Attorney General Bill Barr announced the launch of a National Nursing Home Initiative to go after care facilities that provide “grossly substandard care to their residents.”

Pamela Pride talks about why she interrupted Kellyanne Conway: