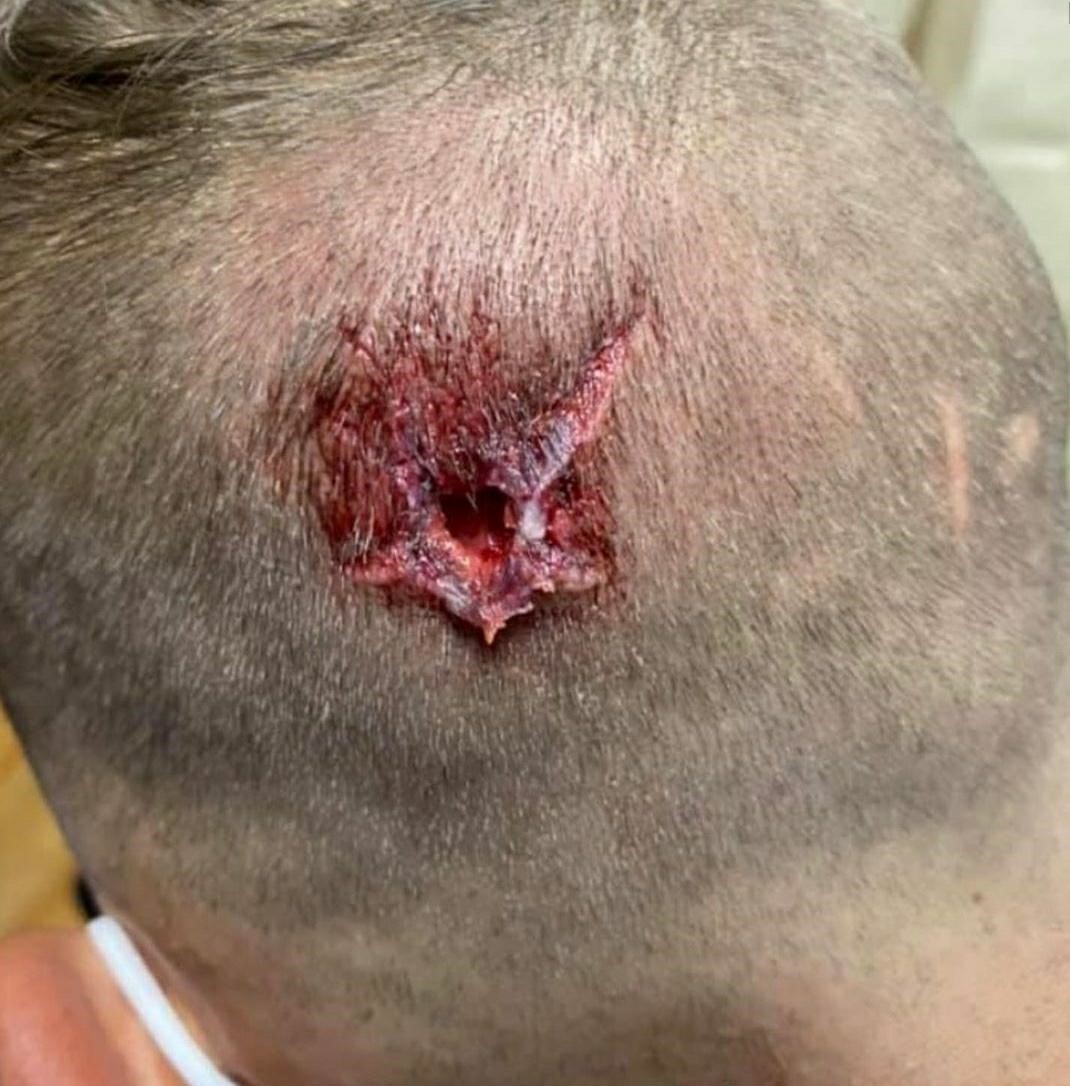 Jordon Coury was severely injured by a police-fired rubber bullet during a Black Lives Matter demonstration in Tampa in May 2020. He is suing the City of Tampa saying that police used excessive force during those demonstrations. He’s being represented by attorney Ben Crawford.

Here’s part of what Coury told WMNF about that day: 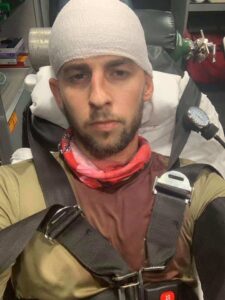 Jordon Coury in an ambulance in May 2020. Photo provided to WMNF by Jordon Coury.

“It wasn’t looking too crazy by the time we got out there, so I figured, it’s rather moving, so I’d like to start getting some footage, starting, of course, behind the crowd within safety with my girlfriend and, you know, two friends.

I never imagined something to escalate like that so quickly

“And just within 15 minutes, that’s what happened. And I never imagined something to escalate like that so quickly.

“Everything was so peaceful. It was more positive feeling vibes than anything, I would say, among the people.

“And it just, out of nowhere, it, the flip switched. And I don’t like what that flip switched, and then that man turned on us and I turned around and shielded two the other people that were with me, pushed them in front of me as we are running, and then, it ended up being me.

Just throwing up and severe migraine most of the time

“And that’s really all I remember from then. The rest of the night, pretty kind of blurry. All I remember really was just throwing up and severe migraine most of the time for, really, the whole week after. A whole month after, if anything, I didn’t start feeling decent until a month or so.

“And, of course, I’m still dealing with, you know, I have some memory issues. I can rarely sleep. I dream about it just about every single night. If I’m not dreaming about it, I’m dreaming about just being in bad situations, being chased, having wrong things done unto me.

My doctors got me on all different kind of medicines

“And it’s just not as easy as you think you would be. It’s it’s almost that things are harder now than they were, like immediately after. It’s crazy.

Listen to the full show here (this interview is in the second half of the show).