Home Blog News and Public Affairs Hurricane Castor and Nelson on what if a Hurricane Harvey hits Tampa Bay? 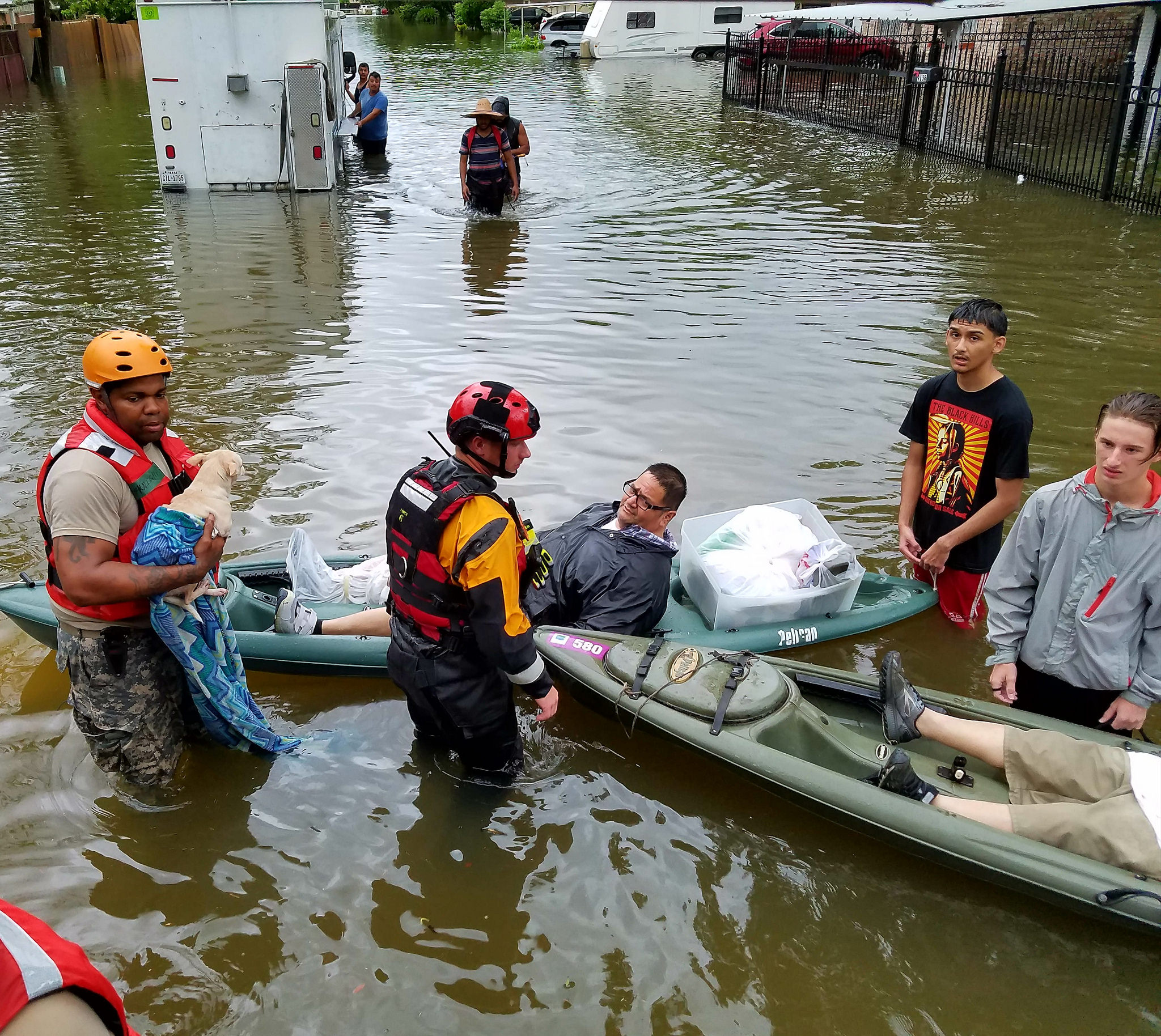 On Thursday WMNF News asked U.S. Sen. Bill Nelson (D-FL) and U.S. Rep. Kathy Castor (D-Tampa) how the Tampa Bay area should be preparing for the type of storm that has devastated Houston.

“If a Category 5 hurricane came right into Tampa Bay, you are talking about enormous destruction. You’re talking about enormous flooding and you are talking about damages that would exceed what we saw in Hurricane Sandy as well as what we’re gonna see in the east Texas situation. If you magnify that with the force of the wind from what you’re seeing now with a tropical storm, to a Category 5, and it’s coming right into Tampa Bay, wind damage along with the wall of water that Category 5 winds would bring–in excess of 140mph–it would be catastrophic.

“I can tell you that no insurance company is prepared– and that’s why years ago, when I had the toughest job in government that I’ve ever had; the elected Insurance Commissioner in the aftermath of Hurricane Andrew, we had to set up a re-insurance fund and today it’s quite successful; The Florida Hurricane Catastrophic Fund, which has billions of dollars of reserve funds to protect insurance companies under this circumstance. The Federal Flood Insurance program is a different deal and this is what Kathy [Castor] and I have got to try to get our colleagues to face the music by September 30th, because the Federal Flood Insurance program runs out, September 30th. Obviously, it’s got to be reauthorized, especially [with] what we’re seeing in Houston.”

And this is what Castor said:

“Because just watching the pictures out of Houston, I think all of us understand that could very well be us, in the Tampa Bay area. We all love living here, it’s one of the best places to live in the world, but, it’s risky. With the cost of the changing climate accelerating, we simply have to take a new look at everything we’re doing; the way we build, flood insurance. Thank goodness, when we look at the state of Florida, we have a lot more residents with that flood insurance. So many of those folks in the Houston area do not have flood insurance and remember, your home owner’s insurance policy does not cover the cost of flood.

“As flood insurance is reauthorized, we’ve gotta make sure it’s there for any potential storm that comes to Florida, but, we’ve got to do a better job on those flood plain maps, so that we really understand where it’s not appropriate to build, where it’s appropriate to invest in mitigation to raise the elevations of homes and businesses. But, I think right now, with the changing climate and the risk that we’re facing, I think it’s time for a real conversation, here in the Tampa Bay community and state-wide, to make sure that we’re minimizing the risk to lives and property.”