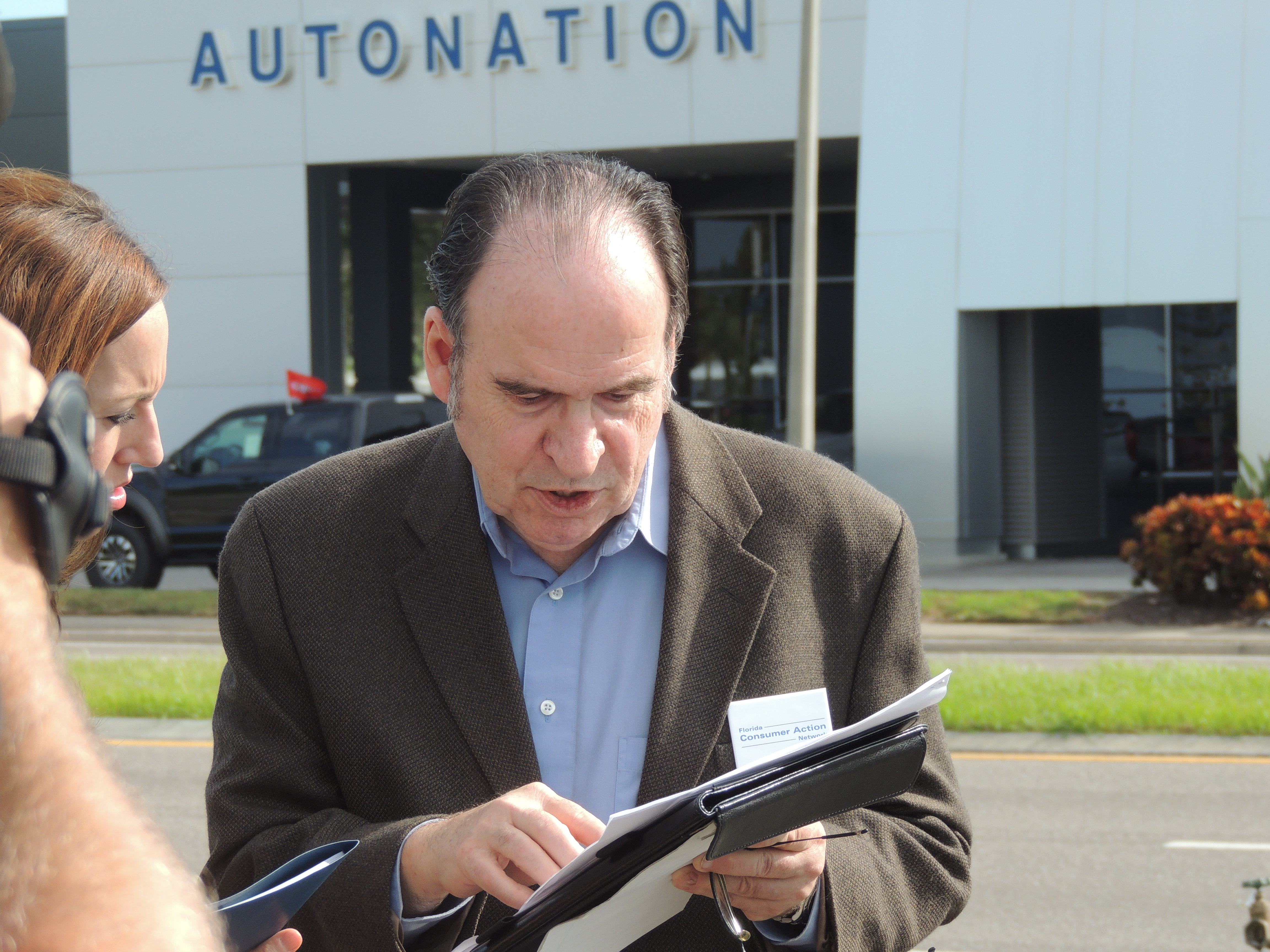 When you go shopping for a used car, chances are some of the vehicles for sale on the lot will have dangerous flaws that have not been fixed; a report released Tuesday by consumer protection nonprofits found that more than 10 percent of used vehicles surveyed at select AutoNation lots across the country have unrepaired safety recalls.

In a press conference Tuesday morning in front of an AutoNation Ford dealership in St. Petersburg, Bill Newton with Florida Consumer Action Network said his group reviewed the 77 vehicles for sale there and found eight with dangerous recall issues that have not been repaired.

But Marc Cannon, the chief marketing officer at AutoNation, says there’s full disclosure and transparency when the company sells an unrepaired recalled vehicle. And it won’t sell a car if the manufacturer issues what’s called a ‘stop-sell order.’

FCAN’s Newton says AutoNation used to have a policy not to sell unrepaired recalled vehicles.

Newton hinted that the reason AutoNation changed its policy in 2016 could be that it felt emboldened by the deregulatory environment after Donald Trump was elected president.

But AutoNation’s Cannon says it was rules changes by the National Highway Traffic Safety Administration, NHTSA.

WMNF News asked Cannon about one car listed for sale on the website of the AutoNation on 34th Street North in St. Petersburg. According to a government database, that 2012 Chrysler 200 has two unrepaired recalls relating to seat belts and air bags that may increase the risk of injury in a crash.

To find out if your car – or a car you’re thinking of buying – has an unrepaired safety recall, just go to the website safercar.gov and enter the Vehicle Identification Number.