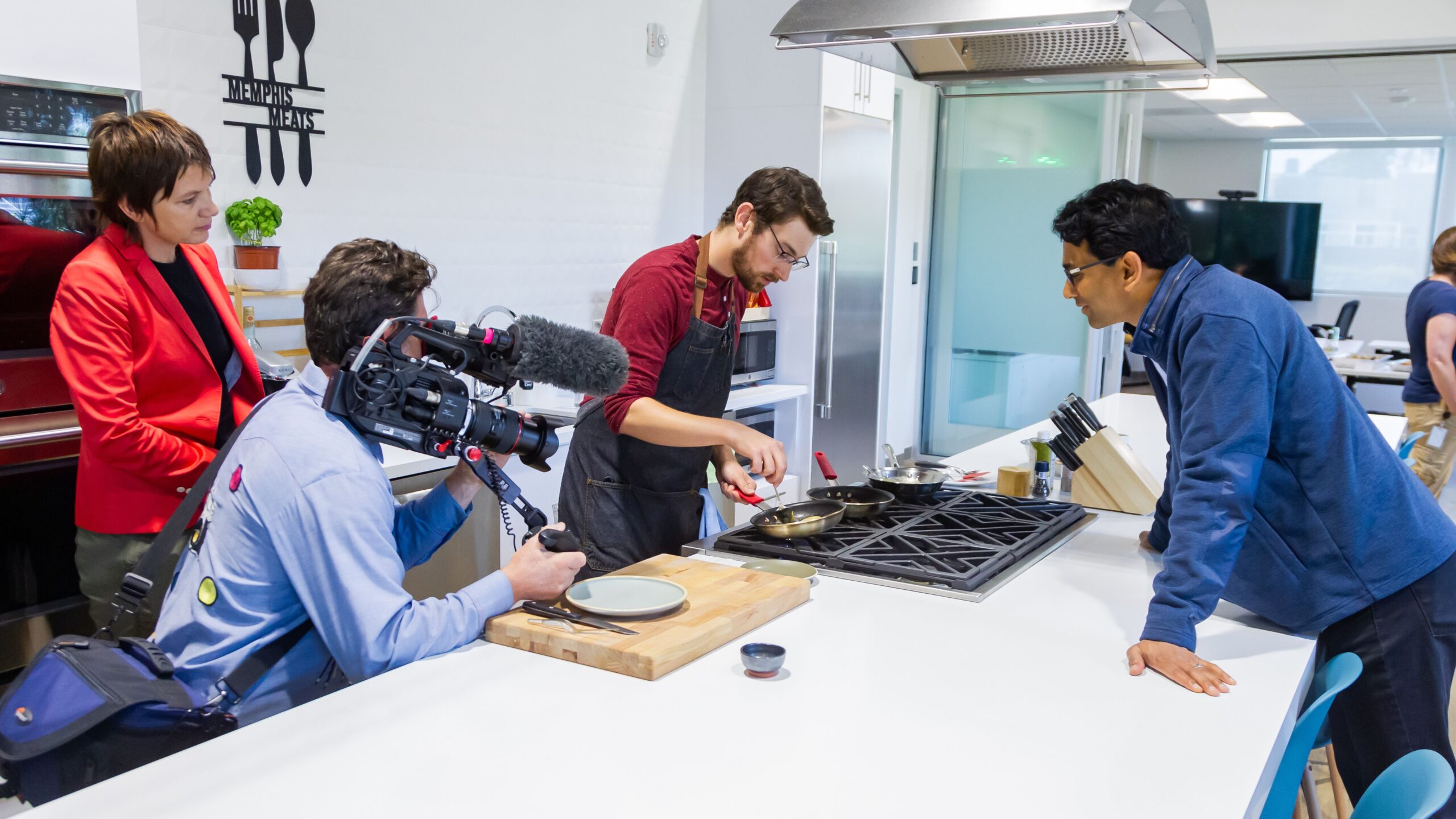 Liz Marshall—a documentary director whose latest film, “Meat The Future,” examines the realm of “cultivated meat,” generated in a lab setting, from animal cells, but these animals remain unharmed—explains in a recent “Talking Animals” interview the criteria she considers when deciding what topic or person will constitute her next movie.

More specifically, Marshall recounts how she started down the path of  “Meat The Future,” starting in 2016 after seeing a report about Dr. Uma Valeti and colleagues producing the now-famous $18,000 meatball—reflecting that they had mastered the technology to yield cultivated meat, but still faced a towering challenge: how to create far larger quantities of this meat, at far lower costs.

What she didn’t realize then, she concedes, is that chronicling Valeti’s quintessential quest and that of his company Memphis Meats (since re-branded Upside Foods) would represent a more than five-year journey for her, ongoing even now, as she beats the drum for “Meat The Future” becoming available on demand April 5 in the U.S.

She addresses the notable access that distinguishes her film, having carried the camera into important meetings, hearings and elsewhere you wouldn’t necessarily expect to see coverage. Speaking of flipping expectations, Marshall acknowledges that as  “Meat The Future” unspools, some strange bedfellows emerge—for example, traditional meat producers like Cargill voice their support for Memphis Meats, while Cargill and Tyson Foods become investors. By contrast, representatives of cattle organizations convey a dim view of the whole enterprise, right down to objecting to the use of the word “meat.”