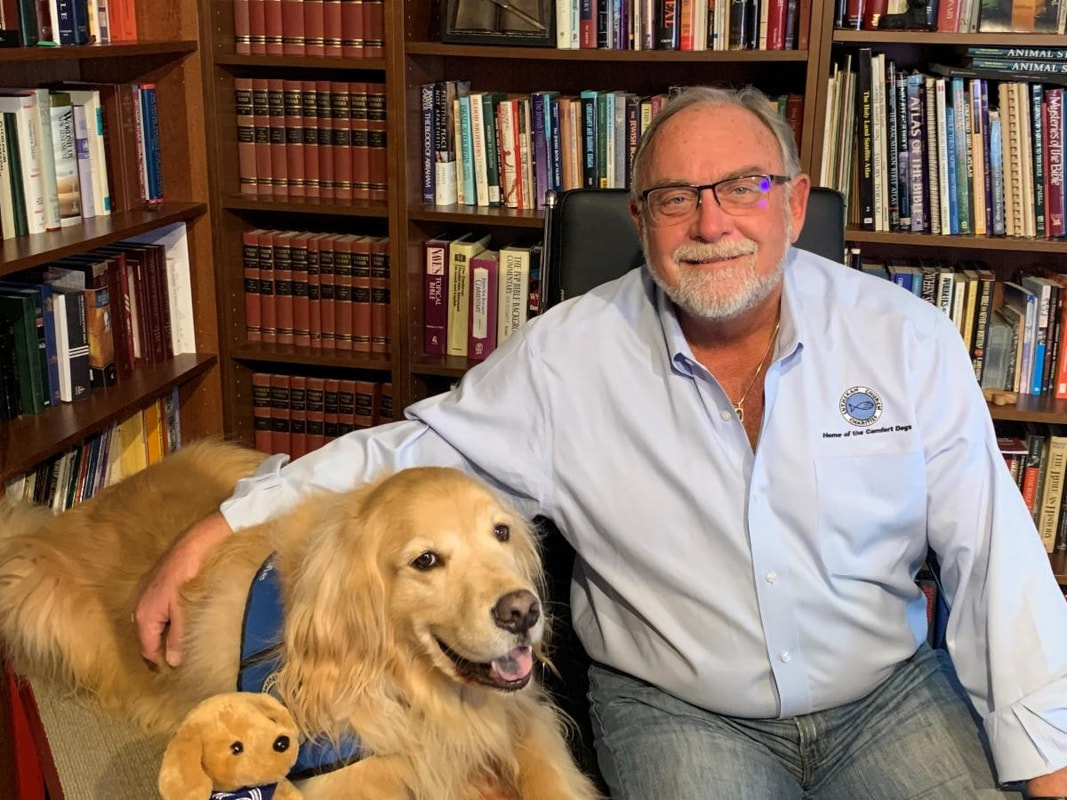 Tim Hetzner—Lutheran Church Charities (LCC) President/CEO and founder of the K-9 Ministry, which deploys Comfort Dogs to the sites of an array of disasters, to provide solace to victims, survivors, families, first responders, and others—discussed in a “Talking Animals” interview various aspects of the Ministry.

In answer to my question about where the idea for the Comfort Dog Ministry came from, Hetzner chuckles and launches into a string of anecdotes describing accidental opportunities and some low-wattage lightbulb moments, including, when LCC deployed to Louisiana after Hurricane Katrina hit (this was when LCC was strictly doing conventional crisis response), FEMA asked them to help rescue animals, which gave Hetzner the seedling of an idea…in LCC’s next disaster relief effort, Hetzner suggested they bring a few pet Golden Retrievers.

He also explains the extensive training the dogs undergo, as do the handlers—one distinctive trait in the Comfort Dog realm, as compared with other service dogs, is that these canines are trained to work with multiple handlers.

Given that most dog people think of them as sensitive animals highly attuned to humans and their emotions, I inquire whether there’s a certain concern about how much grief and suffering the Comfort Dogs can absorb. Hetzner is quick to point out they have clear protocols designed to address that concern, adhering to time limits, and once those limit are reached, the vest comes off, and the ball comes out; it’s break time and play time. He also speaks about some of the more notable deployments, both recent (the condominium collapse at Surfside), and longer ago (Sandy Hook).