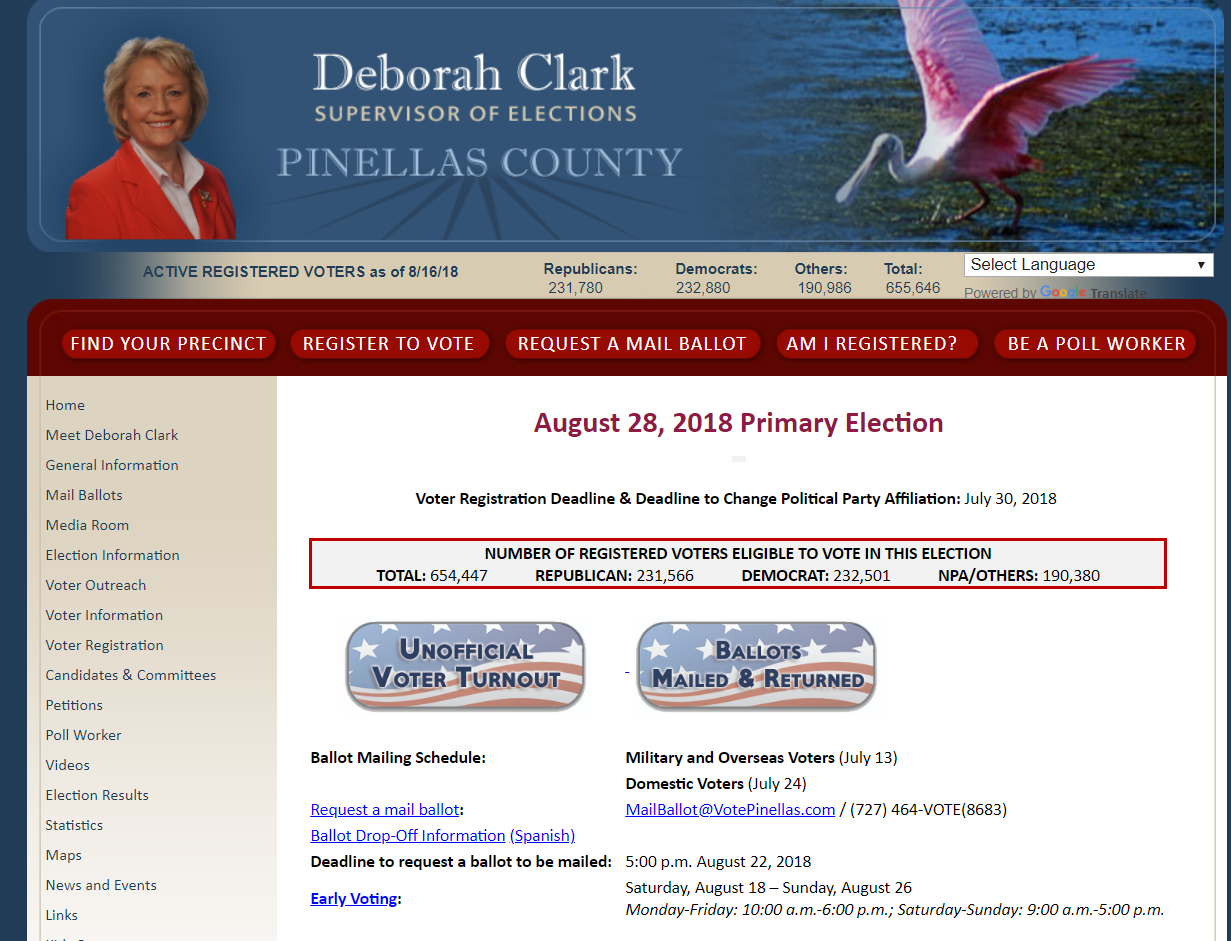 Eighteen counties started early voting Monday, but the remaining counties in the state will begin early voting in the next three days. Florida’s primary is Aug. 28. Hillsborough County voting started on Monday. Early voting starts in Pinellas on Saturday, August 18.

The Florida Division of Elections website says that so far more than 739,000 voters have mailed in their ballots. More than 38,000 people have voted at early voting polling places.

All of the US Congress House of Representative seats are up for election. Florida has 27 seats, 5 of which are considered hot races, the 6th & 17th for Republicans, and the 5th, 9th, and 27th congressional district for Democrats.

Last week there was a kerfuffle between Senator Bill Nelson and Governor (and Senate candidate) Rick Scott over the integrity of elections in Florida. Nelson told election supervisors that Russians had already compromised systems at the county level. Scott’s Division of Elections told the press that they didn’t have any information about Nelson’s claims. You can refresh your memory here.

There will also be a dozen constitutional amendments on the ballot in November’s general election. Those are not on the primary ballot.

Information for this post comes from the AP wire and Ballotpedia.