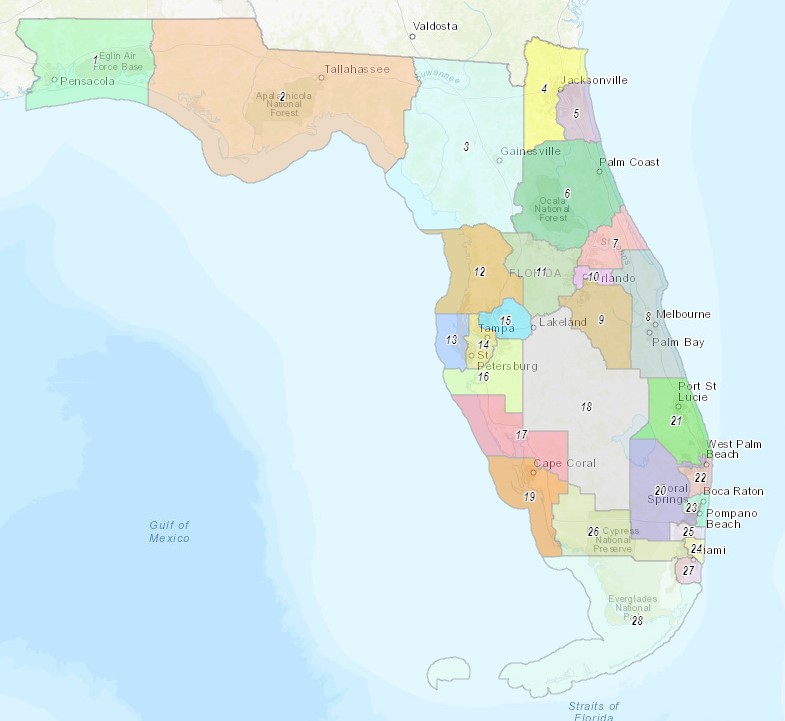 TALLAHASSEE — Key lawmakers and legislative staff members have gone to an appeals court as they fight giving depositions in a lawsuit challenging the constitutionality of a congressional redistricting plan.

House and Senate attorneys this week filed a notice that is a first step in appealing an order by Leon County Circuit Judge J. Lee Marsh that would allow current and former lawmakers and staff members to be questioned in the lawsuit, according to documents posted Wednesday on the court website.

As is common, the notice did not provide details about what the House and Senate will argue at the 1st District Court of Appeal.

But the dispute has centered, at least in part, on whether lawmakers should be shielded from depositions by the legal concept of legislative privilege and what is known as the “apex doctrine.” That doctrine generally prevents depositions of high-ranking officials if information can be obtained in other ways.

In his Oct. 27 order, Marsh placed some limits on questions that lawmakers and staff members could face. Groups such as the League of Women Voters of Florida, filed the lawsuit in April, alleging that the plan violates a 2010 constitutional amendment, known as a “Fair Districts” amendment, that set standards for redistricting.

“The appropriate line in this case is where the doors to the House and Senate meet the outside world,” Marsh wrote in the order. “Accordingly, each legislator and legislative staff member may be questioned regarding any matter already part of the public record and information received from anyone not elected to the Legislature, their direct staff members or the staff of the legislative bodies themselves. They may not be questioned as to information internal to each legislative body that is not already public record (e.g., their thoughts or opinions or those of other legislators.)”

Marsh pointed to legal precedent that required lawmakers to testify in challenges to redistricting plans passed in 2012.

The lawsuit challenges a redistricting plan that Gov. Ron DeSantis pushed through the Legislature in April. The plan ultimately helped Republicans gain four congressional seats in the Nov. 8 elections.

The challenge focuses heavily on Congressional District 5, which in recent years stretched from Jacksonville to west of Tallahassee and elected Al Lawson, a Black Democrat. The plan put District 5 in the Jacksonville area and diminished the chances that it would elect a black candidate — a change that critics have contended violated a “non-diminishment” standard in the Fair Districts amendment.

Marsh last month also allowed a deposition of J. Alex Kelly, a deputy chief of staff to DeSantis. In addition, he ordered the DeSantis administration to provide documents sought by the plaintiffs, though he will privately review the documents to determine whether they should be shielded.

Attorneys for the DeSantis administration and the plaintiffs filed a document Monday that said they had reached an agreement that would clear the way for depositions of Kelly and Adam Foltz, an outside consultant on the redistricting plan. The agreement also included the plaintiffs withdrawing requests for certain documents.