Twenty-six Florida scientists have written a letter to Donald Trump; they want to meet with the Republican presidential nominee to talk about the latest climate science and the threats expected because of a changing climate. That’s because Trump has claimed that human-caused climate change is a hoax.

WMNF News interviewed one of the scientists who signed the letter, David Hastings, a professor of marine science and chemistry at Eckerd College in St. Petersburg. 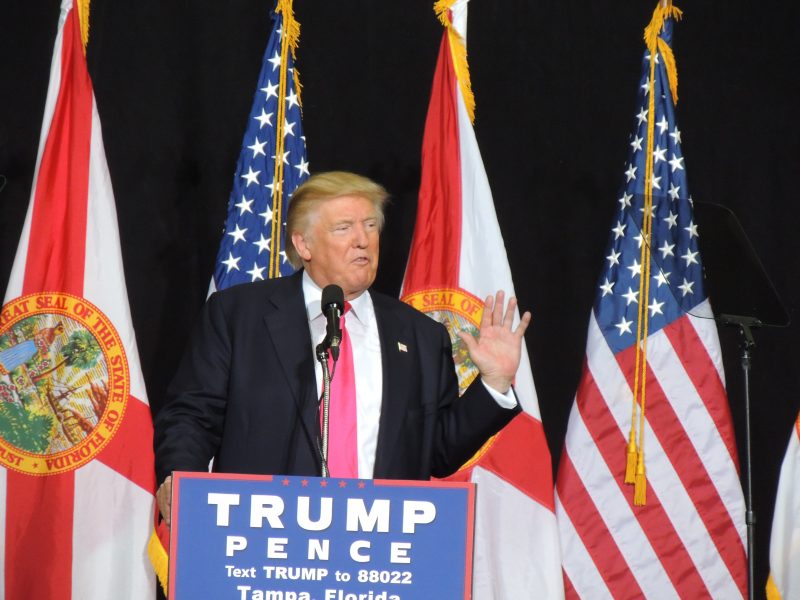 “Right. So, I’ll answer first why Floridians should be concerned about climate change. We’re really ground zero for the impacts of climate change, in Florida, for a variety of different reasons. First of all, sea level rise: we know that the oceans are gonna rise–and they are–and they will continue to do that. That’s gonna obviously effect all our coastal towns and cities and places that we live and recreate. So, that’s gonna effect it tremendously: sea-level rise.

“Something, sometimes we don’t think about as much is that the water supplies, our fresh water drinking supplies, are going to be contaminated by the saltwater that’s rising. So, we’re going to have salinization of our drinking water, which is a huge concern.

“And then, it keeps on adding in, because we know the planet is warming, the oceans are warming and hurricanes and bad storms come from the warm oceans–they only occur when we have warm oceans. So, we know that as the ocean’s temperature rises, we’re gonna get worse hurricanes. And if you combine bad hurricanes with sea-level rise–we’re talking about storm surge. And the recent Hurricane Matthew, we saw just remarkable storm surges that were unprecedented–10 feet in some places. So there’s that. The list goes on. 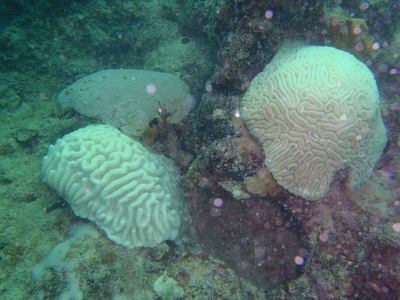 “To cut it short, the coral reefs–our beloved coral reefs–which is why tourists come here–to a large extent–they’re gonna die as temperatures rise and the oceans become more acidic. 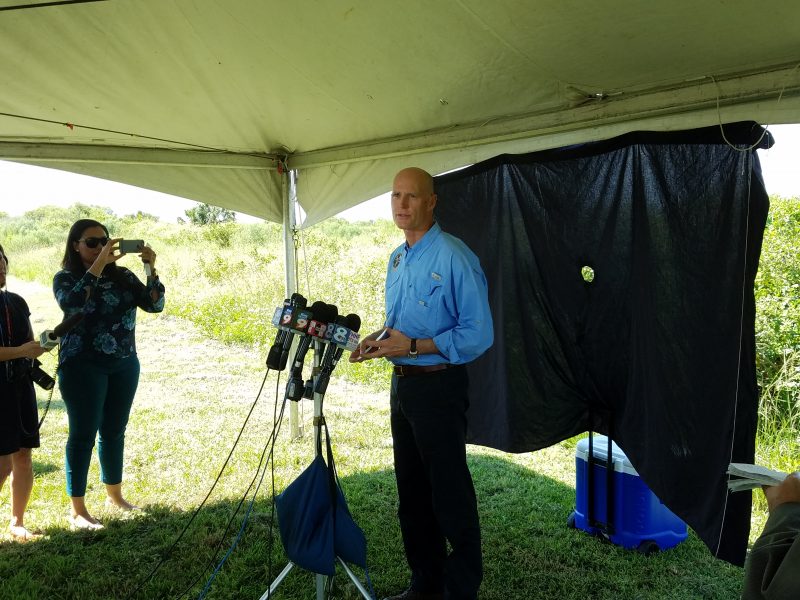 And you’ve had a conversation with Governor Rick Scott, because you wrote him a similar letter. What was the response?

“Right. So, Governor Rick Scott was also in denial of the science of climate change. And we just wanted to talk to them.

“He said, ‘I’m not a scientist, therefore I can’t understand climate change.’ And we really don’t believe that you need to be a scientist in order to understand both the cause of climate change and the impacts. It’s fairly straight forward. We teach it to 18-year-olds all the time here at Eckerd College.

“So, it’s interesting and there are complicated aspects of the science of climate change, but, the fundamentals are pretty straight forward and that is that it’s happening. It’s happening now. We are causing it.

“Scientists agree it’s happening quickly, more quickly than we thought. And the really good news is we can do something about it. And that’s really what these conversations are about, is that we have choices, every day, and especially in two weeks, about who we elect for president. Those choices are whether we choose somebody who denies the science of climate change or somebody who accepts it and has a clear plan to do something about it.”

Aside from politics, what are some things that people can do, besides voting. What are things that the country needs to do or that the next leader would need to do in order to control climate change?

“You know, I’m gonna answer a slightly different question, that you talked about politics– that’s not something that we need to– I don’t want to appear political. We’re really talking about the science of climate change and to deny or to accept the science. I think it’s unfortunate and it’s really not appropriate for this to be a political discussion, because this is whether something is true or not. It’s whether the sun rises in the morning and sets in the evening. This is a fact and all of the reputable climate scientists agree that the climate is changing and that humans are responsible.

Let me ask you about something that’s on the ballot. Amendment 1, which is a solar power amendment, what does that have to do with climate change?

“Amendment 1 is worded in a very confusing way. It appears to be pro-solar, but, in fact no solar industry supports it and no environmental group, who supports solar electricity supports it. So, it’s intentionally confusing. It looks that it’s pro-solar, but, it’s actually not. It’s an industry-sponsored amendment that makes it more difficult and more expensive for solar photovoltaic to come up on my roof, for example.”

I think we went through all of my questions. Is there anything else people should know about climate change?

Watch the interview here; the letter is below: