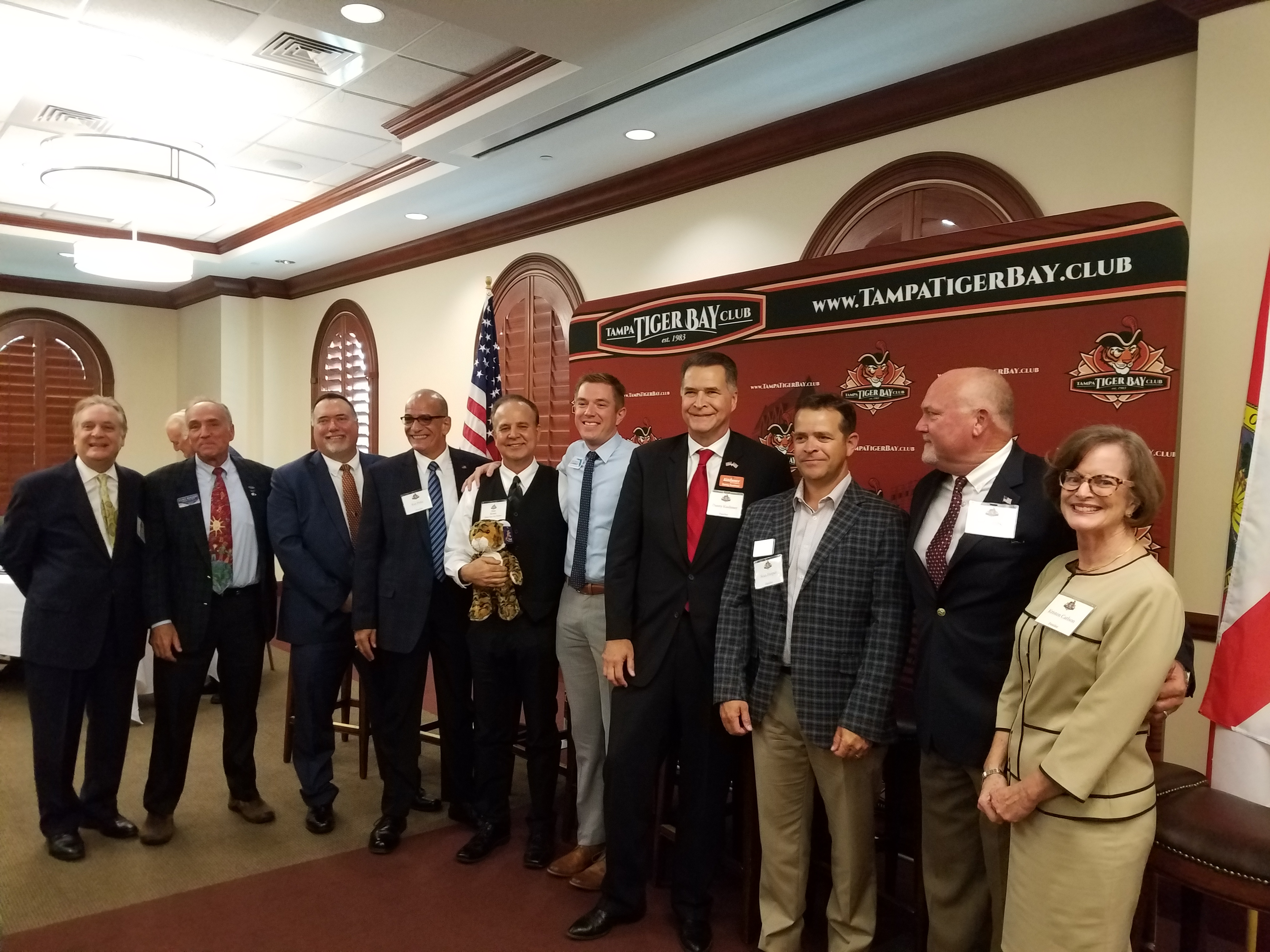 There are twelve candidates running for Congress for the District 15 seat being vacated by Lakeland’s Dennis Ross. Nine of them debated Friday at the Tampa Tiger Bay Club. The three Democrats and six Republicans are hoping to win the seat representing parts of Polk, Hillsborough and Lake Counties.

For the most part, the candidates split along party lines on contentious issues like support for President Trump and public funding of charter schools.

A supporter of the group Moms Demand Action for Gun Sense in America asked the candidates if they had received the Gun Sense Candidate distinction for supporting common sense solutions to gun violence.

Before that question was asked, Republican Ross Spano had to leave the forum because his daughter-in-law was going into labor.

The three Democratic candidates were asked whether, if elected, they would vote for or against keeping Nancy Pelosi as their party’s leader in the House. Two of them (Peña and Carlson) said Pelosi should be ousted from her leadership role in the party.

The candidates who did not participate Friday were write-in candidates Alek Bynzar, Jeffrey Rabinowitz and Dave Johnson.

Listen to the MidPoint show that includes the forum:

Listen to the whole forum here: