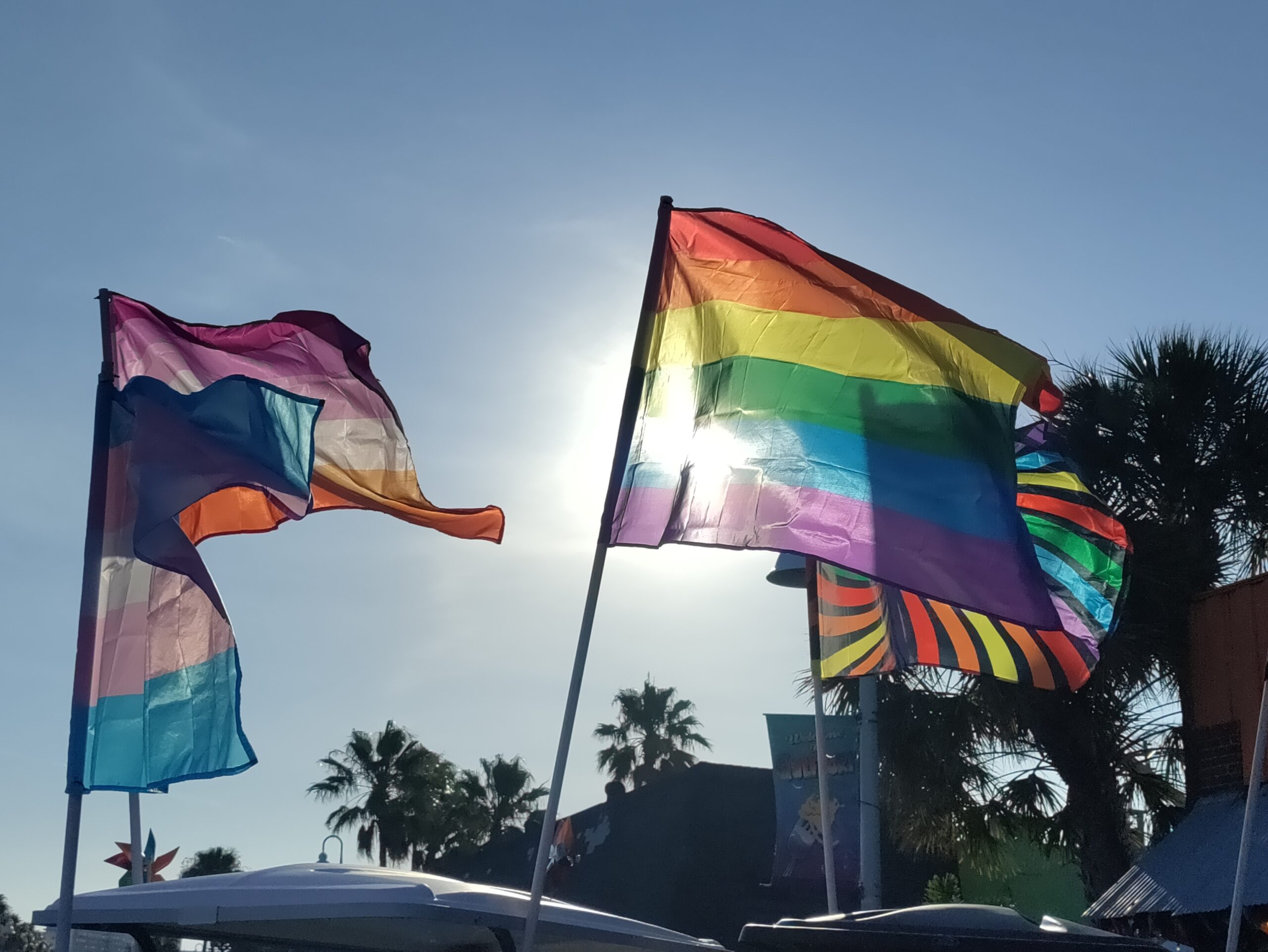 On Saturday, the south Pinellas city of Gulfport celebrated LGBTQ Pride with a parade and festival. WMNF interviewed Barbara Banno, one of the organizers of Gulfport Pride. She owns the Gulfport restaurant Stella’s and is president of the Gulfport Merchants’ Chamber.

St. Pete Pride, which is huge, is coming up in just a few weeks. Do you think that that takes away from Gulfport Pride?

“You know, I mean, there’s no norm anymore, right? So, after COVID, there’s no normal anymore. So, what normal looks like, versus St. Pete Pride versus our Pride — I just think it’s about embracing and evolving to what today really is like after everybody survived the pandemic. So, you know, this weekend just really made sense.

“And we were able to tie in the flag-raising to it at the LGBT Resource Library (at the Gulfport Public Library). So, it just really made sense. And we did it this weekend. In St Pete, we’re really excited to even be a part of that, participate during that. They have something every weekend just about for everybody in June.”