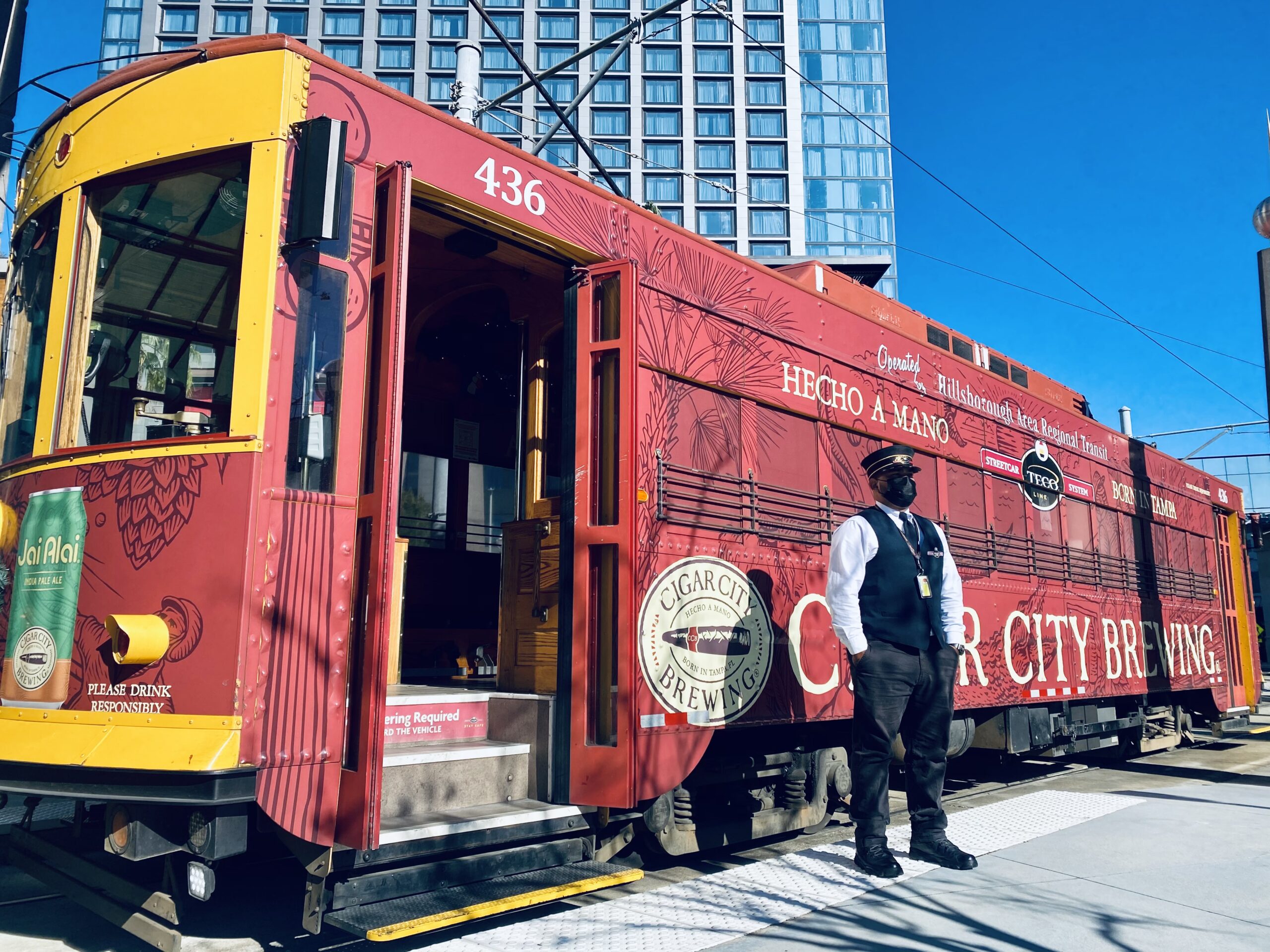 Across the country, and here in Tampa Bay, highways often cut right through and displace vibrant communities, especially communities of color.

It’s a story that’s pretty well known, especially with I-275 displacing Central Avenue in Tampa. But it was recently amplified by a lengthy story in the Los Angeles Times.

The LA Times highlighted a Tampa resident, Willie Dixon, who lost his home to the interstate in the 1960s and lost a second home to interstate expansion in 2004.

The guests on WMNF’s Tuesday Café with Seán Kinane (23 Nov. 2021) advocate for smart transportation. Michelle Cookson is a board member & founder of the group Sunshine Citizens. Josh Frank is an urban designer, recognized for the plan called Boulevard Tampa.

An article by Creative Loafing pointed out that the City Plan for Tampa said “The reconstruction of the area for improved living and additional commercial and industrial enterprise will remove one of the most insidious and cancerous infections in the city.”

Meanwhile, U.S. Secretary of Transportation Pete Buttigieg is pushing to address systemic racism in highway design. In contrast, Florida Governor Ron DeSantis said “To me, a road’s a road.”

The Los Angeles Times found that more than 200,000 people have lost their homes nationwide to federal road projects over the last 30 years and they continue to take a major toll on communities.

This month U.S. Rep. Kathy Castor announced that the Florida Department of Transportation received a grant from the Biden administration for what’s called the Tampa Heights Mobility Corridor. It’s an $18 million RAISE grant, which stands for Rebuilding American Infrastructure with Sustainability & Equity.

According to Castor’s office, funding assists the City of Tampa in its “complete streets initiative,” leading to more jobs and boosting local businesses. It’s for things like, “widening sidewalks, creating two-way bicycle paths, making a dedicated rapid bus lane between USF and downtown.”

In a statement, Tampa Mayor Jane Castor said: “This is huge news for Tampa and our ability to better connect historic neighborhoods just north of downtown and to improve safety for pedestrians and bicyclists.”