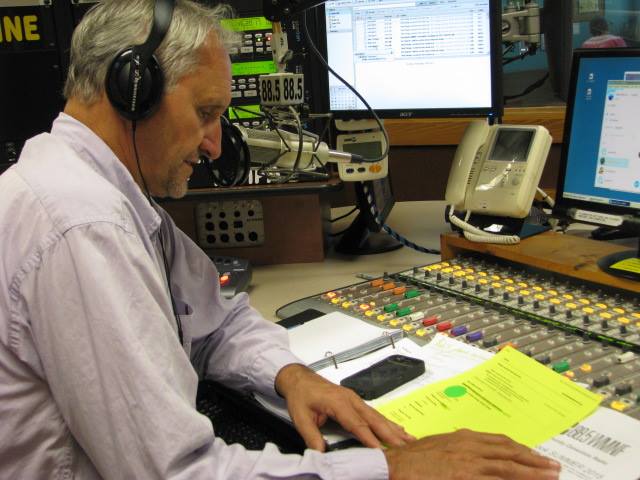 Good morning, welcome to Radioactivity, I’m Rob Lorei. Coming up—what agency of the federal government cannot account for trillions of dollars in spending of tax dollars? We’ll find out in a moment.

You’re listening to Radioactivity on WMNF where every day we bring you thoughtful guests who have a deep knowledge of the topics they discuss. Here we discuss everything from President Trump to foreign policy to state and local issues—all with an emphasis on facts and a commitment to WMNF’s Mission of peace, equality, social and economic justice.

Earlier this week President Trump was interviewed by Piers Morgan about the alleged bone spurs that kept him out of the draft during the Vietnam War.

The President has made similar statements in the past. Hearing that you might be led to believe that the US military is short on cash. Our next guest says the Pentagon cannot really account for the trillions of tax dollars it has been given over the years.

Dave Lindorff is an award winning reporter– a Nation Magazine contributor; he  writes for Salon,London Review of Books, and Tarbell.org. He’s the author of four books, he was a 1990s Hong Kong/China correspondent for Business Week.

In an article for the Nation Magazine Lindorff wrote that although the Pentagon receives 54 cents out of every discretionary dollar in federal appropriations—the Pentagon failed a recent outside audit and for decades has failed to audit itself and account for the trillions of tax dollars it receives.

Question: If the Pentagon has never been audited—how does the President know the military needs more money?