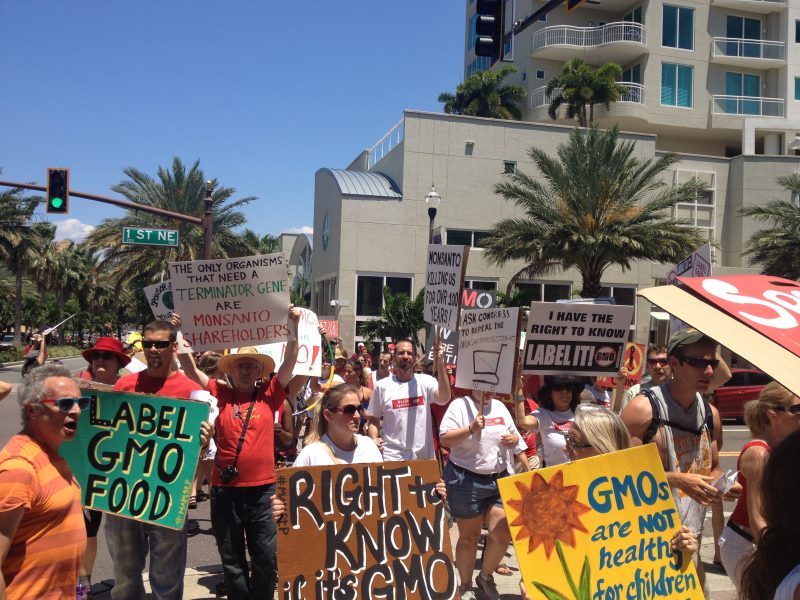 Some local groups are joining with events across the country, uniting to demand labeling of genetically engineered food in what’s called March Against Monsanto.

We talked about the history of the march, why they’re demanding labeling of genetically engineered food. And opposition, like the DARK Act.

Bee populations have been declining over the last several years and this year is particularly bad. Wall spoke about what we know about why honeybees are dying and a Monsanto connection.

There are other marches in the area as well:

March Against Monsanto – Spring Hill; Waterfall at U.S.19 and Spring Hill Drive at 10:00 am

The 22,000 people of Monsanto are committed to having an open dialogue about food and agriculture – we’re proud of the work we do, and we’re eager for people to know more about us. We’re also proud of our collaboration with farmers and partnering organizations that help make a more balanced meal accessible for everyone. Our goal is to help farmers do this in a more sustainable way using fewer resources and having a smaller impact on the environment. We know people have different points of view on these topics, and it’s important that they’re able to express and share them.

Later in the show we talked about another event coming up Saturday, Hands Across the Sand. Watch or listen to that segment here.

Watch the WMNF News MidPoint preview of March Against Monsanto 2016: