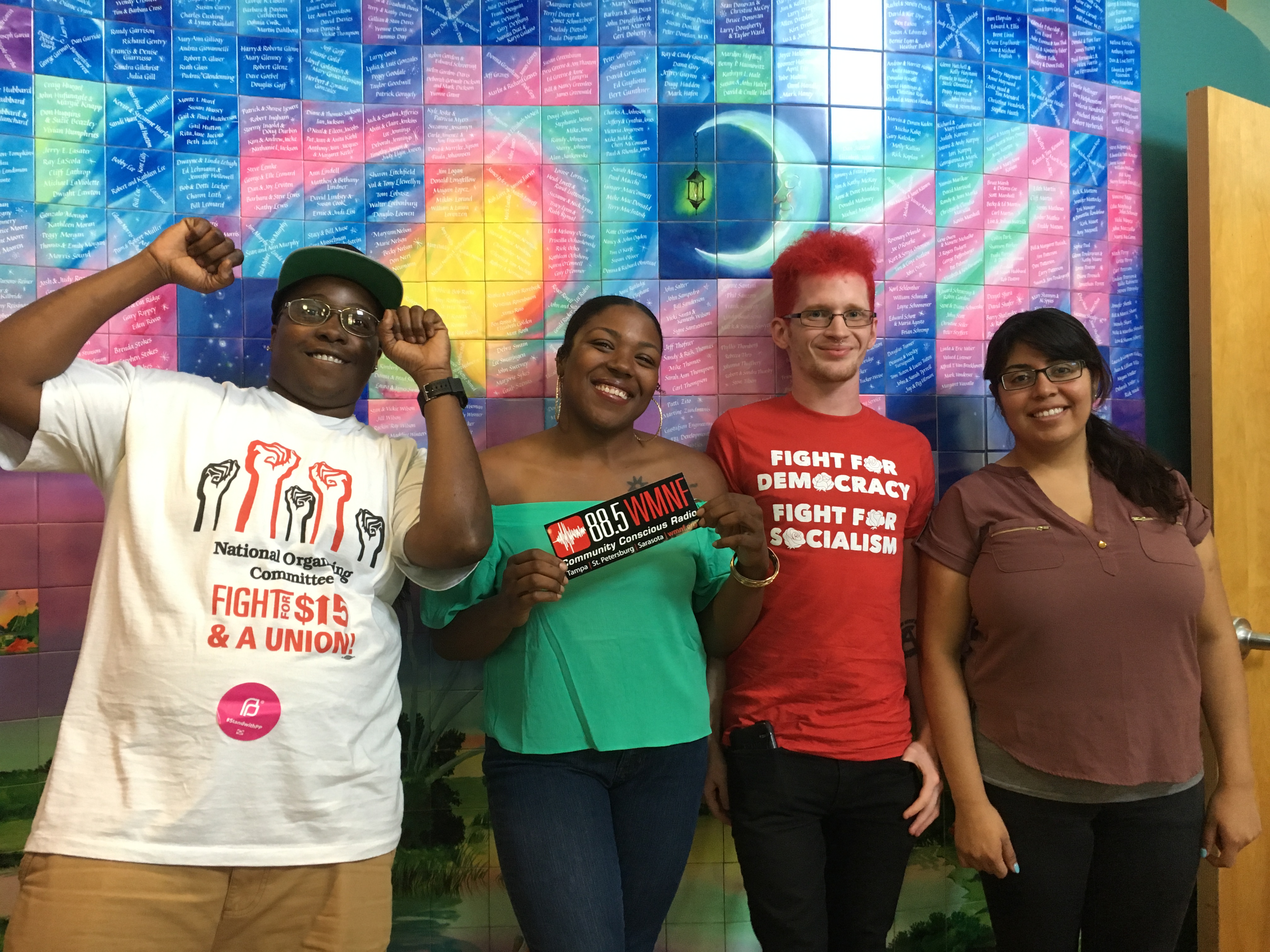 May Day Rally Planned in Tampa

This coming Monday is May Day, which around the world is a day to celebrate workers. There will be a May Day event in Tampa on Monday, May 1 starting at 5:00 PM. Host Rob Lorei spoke about it with local labor, immigration, socialist and racial justice activists Christian Brooks, Bleu Rainer, Devon Cheaves, Nancy Palcios, and Kelly Benjamin.

We are working closely with immigrant justice, black lives matter, and a host of other progressive groups to build a strong diverse resistance movement locally under the Trump presidency.

This Monday, May 1st, join dozens of labor, community, faith and student organizations from across the Tampa area as we celebrate May Day — International Workers Day — with a celebratory march, rally, and after-party through Ybor City connecting yesterday’s immigrant worker movements to today’s fights for worker’s rights and against the rising tide of racist, xenophobic, anti-worker politicians and policies that seek to divide and oppress us.

Epidemic of Car Stealing by Juveniles in Pinellas

They run through red lights and stop signs, sometime travelling at a high rate of speed, endangering their lives and the lives of others. Rob interviewed the two reporters on the series Hot Wheels – Zachary T. Sampson and Lisa Gartner – to find out what the effect is on people who lose their cars and on the juveniles themselves.

To listen back to this interview from Friday, April 28, click here.