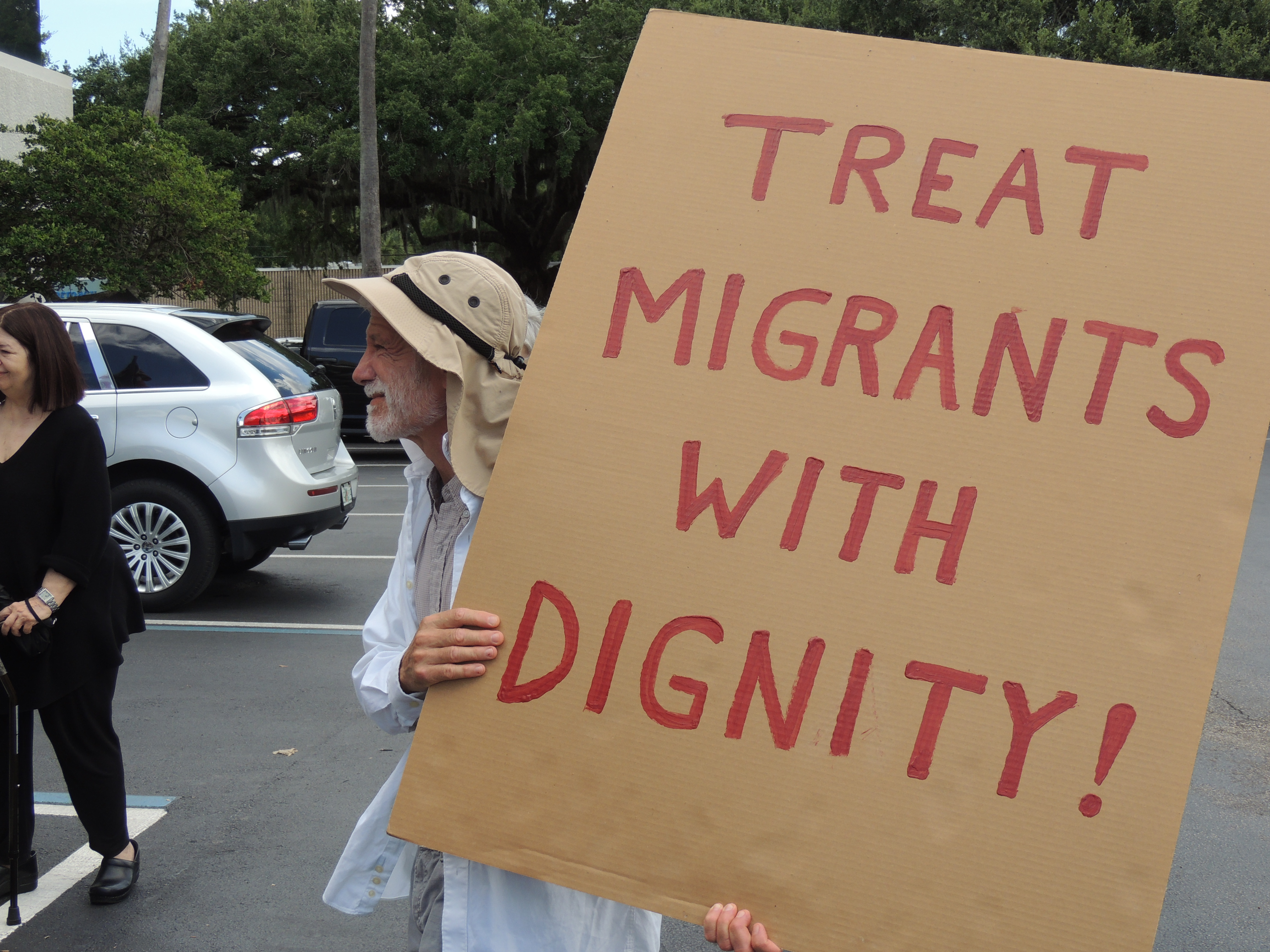 This Friday in Ybor City is a demonstration called Lights 4 Liberty Tampa, which is described on its Facebook event page as part of a nationwide protest against human rights abuses of migrants at the border.

Joining us on MidPoint was one of the local Lights 4 Liberty Tampa organizers, Aida Mačkić.

We talked about conditions at the detention camps for asylum seekers and other migrant, including the privately-run detention center for kids in Homestead, Florida.

And we spoke about the Trump administration’s plan to round up and deport more than a million immigrants.

“These fundamental rights are nonnegotiable and we’re willing to protect them,” Mačkić told WMNF.

“I’m an immigrant — a war refugee to this country. And just to see the vile and inhumane conditions that these children, mothers, humans are facing right here at home in our home state of Florida — in Homestead — it’s absolutely devastating.

The Rent Is Too Damn High!

It’s not just a political party in New York anymore.

Another guest on the show was Glitz Litzenberg, the president of the St. Pete Rent Control Coalition, to talk about skyrocketing housing costs.

The cost of housing keeps increasing. The group wants to pass resolutions through local neighborhood associations to  encourage St. Petersburg City Council to acknowledge things like rising housing costs, gentrification and development that threatens the character of neighborhoods

The group wants the city to limit residential rent increases to 3% per year.

The Florida Legislature has passed laws to prevent local governments from instituting rent controls. But the St. Pete Rent Control Coalition wants to pass legislation in Tallahassee to overturn those prohibitions.

The group has a fundraiser Monday. It’s Drag Queen Bingo with Miss Juno Vibranz at Punky’s Bar and Grill, 3063 Central Avenue in St. Petersburg from 7:00 p.m. until 10 p.m.