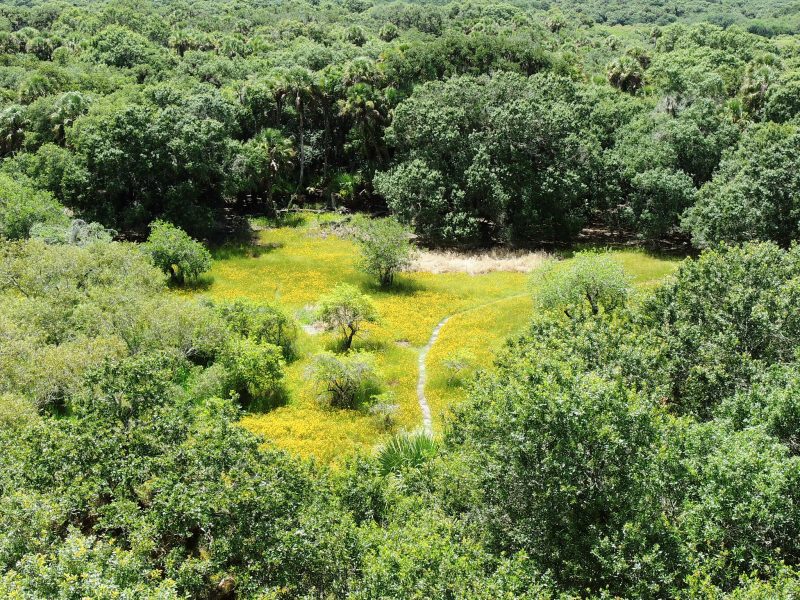 Sarasota County is updating its comp plan — Wednesday is the first of two informational meetings this month of the Sarasota County Planning and Development Services Department about the proposed Comprehensive Plan Amendment — but a local environmentalist is pretty pessimistic about the pro-development slant of the changes. Opposition to Sarasota County comp plan changes WMNF News interviewed Andy Mele, with Suncoast Waterkeeper.

The meeting Wednesday January 18 begins at 6:00 p.m. at the Gulf Gate Library, 7112 Curtiss Avenue in Sarasota.

Next Wednesday’s meeting, January 25 is also at 6 in the evening at the Englewood Sports Complex, 1300 South River Road in Englewood.

“The governance of planning is supposed to be reexamined from time to time, like a lot of things. That makes a certain amount of sense. I think it’s on a 7-year cycle. It came up this year and they proposed a bunch of changes that originally was intended to encourage more light industry–it was a very attractive idea–more light industry and not make things any easier for the developers.

“The market is essentially driving land-use entirely in the direction of high-density, you know, suburban-type development. The money is there. The developers are there. Their overwhelming campaign contributions are there. The deck is stacked in that direction, so that is what happens. So, anybody who’s been paying attention, like me, walked into this process and realized that we’re all just doomed.

“They developed a new logo for the initiative to reexamine the Comp Plan. It looks like a bunch of brightly colored flowers, except on closer examination, they were gears. It was a really bizarre thing. The county staff were almost ecstatic, walking back and forth in front of us, talking about how ‘This is going to be your plan. This is gonna be all about you.’

“Everybody would raise their hands and say ‘So, the developers are gonna get in here and ruin everything?’ And we get ‘No! No! No! We’re not talking to developers,’ and then they’d have these bright smiles. Imagine Jonestown, you know, just before everybody drank the Kool-aid. It was like that. I was just like ‘Oh, man. We are so dead.’

“Anyhow. It went on and on and on. We all did public comments. An attorney in Sarasota named Dan Lobeck really paid attention and really led the charge to get, you know, some rational changes put in to fight back the bad stuff that was working its way in, slowly but surely.

“The various drafts came out. Of course, it’s a 1,200-page document, so it’s not something everybody wants to just read– well, actually it started out as a 1,200-page document, but, one of the purposes of the project was to shorten it up, make it more accessible–so they say–and it wound up being 1,300-pages. There was a certain amount of frustration evident on the faces of the County Commissioners, down here.”

But, you had written that the Board of County Commissioners in Sarasota County has a willingness to waive the offsetting elements to density such as, open-space, greenbelts, wildlife corridors, etc. and do things like count retention ponds as “open-space.”

“That’s been happening, sort of outside the changes to the Comprehensive Plan. That’s just been happening. That’s a movement that’s just been going on, period. It’s a way that the County Commissioners and of course, the developers have been interpreting the existing Comp Plan–the 2050 Plan.

“This is how they work: they apply for waivers and variances and re-zones and changes and of course, in almost, always, 99% of the time, get what they asked for. You know, even before the Comp Plan changes, retention ponds were getting counted as “open-space” and wildlife corridors were being forgotten. It was looking like, all of a sudden–under the old methodology–out in the east end of Sarasota County, you would have a 5-acre zoning, 5-acre and 10-acre and high-density was just not happening and then the new urbanist view and the various ‘fashions’ in sustainable development kicked in, in which it was communities would just allow for high-density village centers. Village centers are good walk-able communities, bike-able communities; it all sounds great and everything.

“So, there was a pass in 2050 for high-density, much higher density and what the developers did, with the collusion of the County Commission, was they wound up chipping away at this stuff that was outside the high-density: the open-space, the wildlife corridors, the bike-trails, all that kind of stuff, chipping away at that so they could develop that, too. One piece at a time, they would get it. That’s how developers would work it out. It’s how Mosaic works: they look for one smallish parcel at a time and the county suffers the death of a thousand cuts.”

You also talked about the changes that are being planned for the Sarasota Comp Plan revisions being subtle, such as, changing “shall be protected for wetlands” to becoming “weasel words,” as you say, to “will be, should be or even encouraged.”

“The developers turned out in force for the Planning Commission meeting. I don’t know if you’ve ever tried to buy something on eBay, where you play the game correctly; you put in a bid and you wait and see if anybody is gonna top your bid and somebody does, well you go in over the bid and then you wait. As the clock ticks down to the last 3-seconds, all of a sudden Bam!, somebody comes in and undercuts you and that’s called Sniping.

“What the developers did was they sniped the process by inserting, as ‘public comment,’ various changes to the language, like ‘wetlands protection’ which is a particularly galling thing to them. They would like to be able to develop wetlands, pretty much as much as they wish. They would be happy to see no more wetlands protection in the state, period.

“The existing Comp Plan, already watered down somewhat from previous editions, had wording such as ‘wetlands shall be protected unless the following circumstances, so on and so forth.’ So “shall” is basically bulletproof language, it’s enforceable. If something “shall” be done, that means it’s law.

“They inserted words like “wetlands are strongly encouraged,” “wetlands preservation strongly encouraged” or “will be protected.” They basically weakened the whole thing. In the draft, these changes are duly highlighted and annotated ‘public comment,’ as if we showed up and did it. They make no distinction between the general public and private interests; vested interests.

“So, anyhow, that’s where it stands now and that’s pretty much how it’s gonna– there’s not a chance in the world of having any influence on this board of County Commissioners, it’s 5-to-nothing pro-developer.

“That’s how you see the death of county. A beautiful county, a green county and now there’s stuff slated for development, big parcels.

“Ranchers tired of ranching, you know, 3rd or 4th generation looking for a payday or a payout: they sell the parcel and 1,000-acres here a 1,000-acres there and pretty much there goes neighborhood.

“But, within 10-years, you’re not going to recognize the east county.”