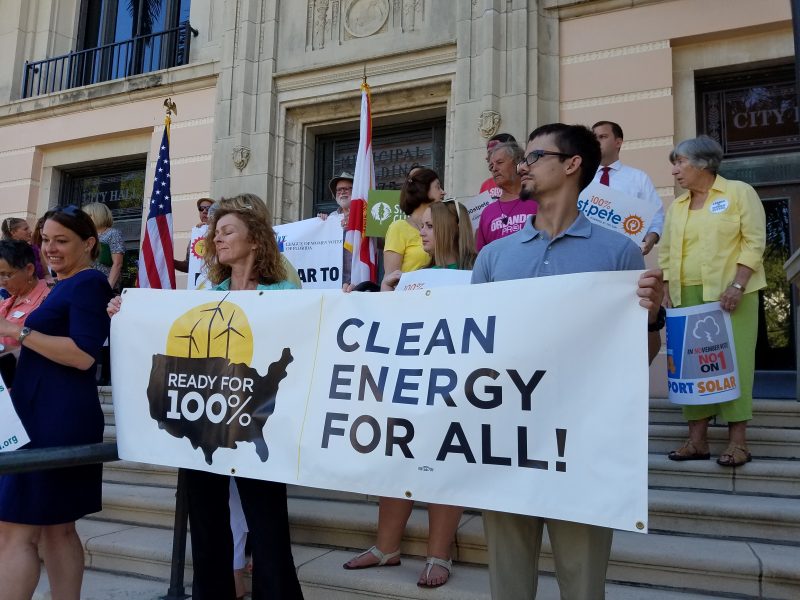 According to a press release from Sierra Club Florida, “This afternoon, the Pinellas Board of County Commission[ers] unanimously passed a resolution committing the county to transition to 100 percent clean, renewable energy for the entire community by 2050 and for county operations by 2040. Pinellas became the first county in Florida to make this commitment.”

The Pinellas County Commission will vote this month on whether to set a zero-emission target. Part of how it would accomplish that would be through a transition to renewable energy.

Here’s the text that the Pinellas Board of County Commissioners will vote on during their November 9 meeting: “A RESOLUTION OF PINELLAS COUNTY, FLORIDA, TARGETING A TRANSITION TO 100% RENEWABLE, ZERO-EMISSION, CLEAN ENERGY FOR COUNTY OPERATIONS BY 2040 AND COUNTYWIDE BY 2050”. The public meeting is at 2:00 p.m.

The Suncoast Sierra Club supports what they call the “Ready For 100” campaign. According to the Sierra Club, only about a dozen counties in the U.S. have zero-emission targets countywide.

Also on the show we looked at a new report about green jobs.