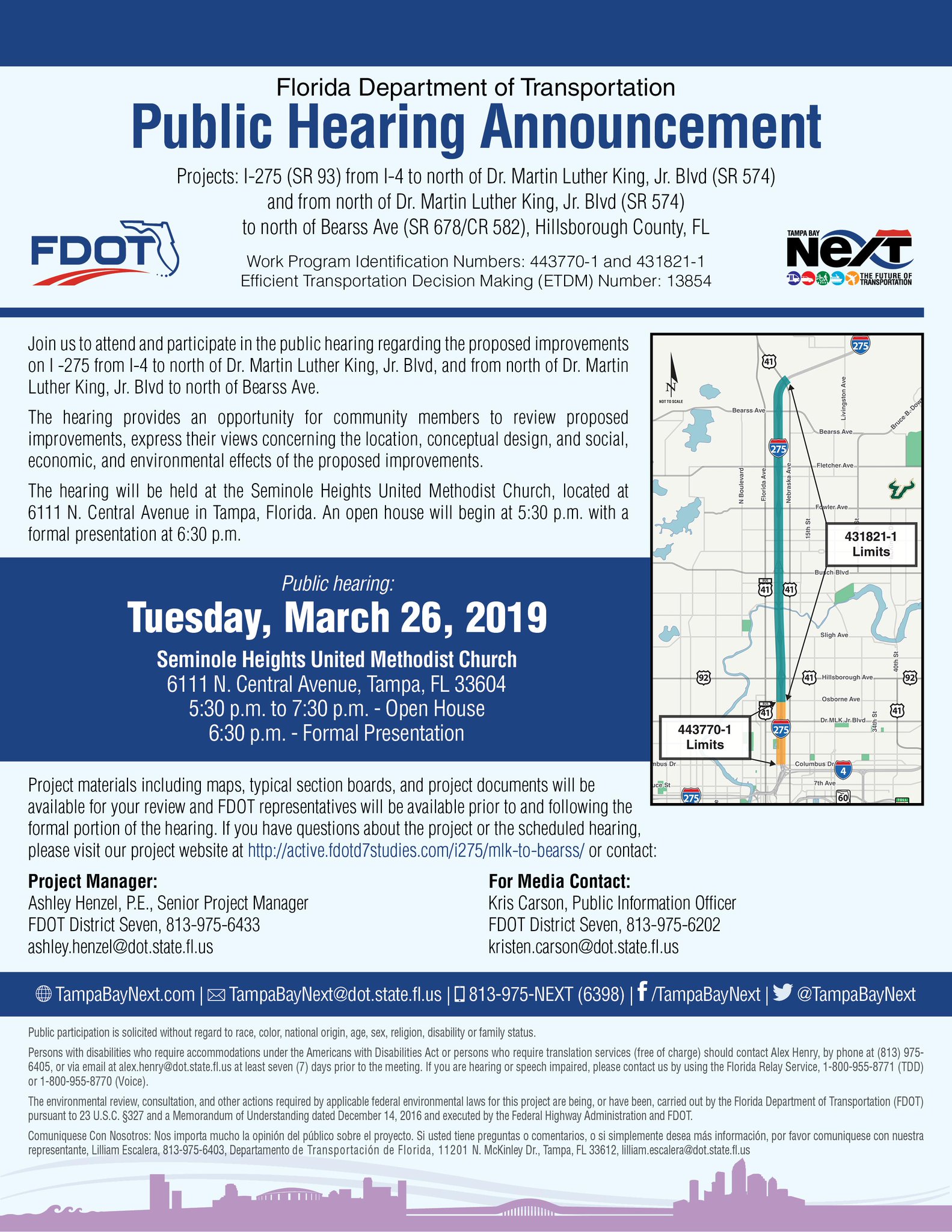 Tuesday in Seminole Heights there’s a chance for the public to find out more and to weigh in on a segment proposed from the I-4 / I-275 interchange north to Bearss Avenue.

“The Department of Transportation is holding a meeting this evening from 5:30 to 7:30 to talk about the future of I-275. We’re looking at the limits from I-4 to north of MLK and also north of MLK up to Bearss Avenue. Essentially this project – it’s a proposed project – would involve widening the interstate [by] one lane in each direction. So we want to get public feedback on this concept.”

The first hour will be a time for people to review maps and documents that are there. And the second [hour] will be a prepared presentation from FDOT?

“Correct. Throughout the whole evening there will be boards and maps and a lot of staff there so people can ask questions and they can make public comments. We just want to make sure everyone understands the project and we want to get good feedback on the project from the community.”

People can talk about things like the location, conceptual design, the social, economic and environmental affects of the proposed improvements. Besides widening it by one lane, what are some of the other improvements that you potentially plan on making on that stretch of I-275?

“The big part of the project will be the one lane in each direction. There’s also looking at providing transit accommodations on the inside shoulder.

“But, again, the whole point of tonight’s meeting is to get the public input, get the community out and give us their input on this project. This is the environmental part of the ‘PD&E’ study, which stands for project development and environment. So once we get through this process and get public input, the next phase will be design and then construction in a few years.”

The location and the time again?

“It’s tonight from 5:30 to 7:30 at the Seminole Heights United Methodist Church. That address is 6111 North Central Avenue in Tampa.”

By 2017, Tampa Bay Next emerged as a replacement for – and critics say a re-brand of – what used to be called TBX. One of the most criticized aspects of the plan is proposed “express toll lanes” on area interstates.