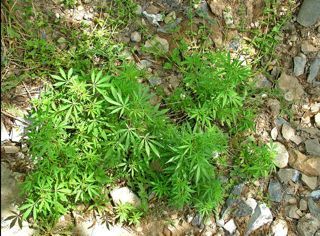 A forum in South St. Petersburg last night brought together panelists who support and oppose the legalization of marijuana for medical use in Florida. Most of the residents who squeezed into the conference room in Childs Park support Amendment 2.

The nearly 40 people on hand overwhelmingly support passing the constitutional amendment to legalize medical marijuana. But one of the panelists, Pinellas County Sheriff Bob Gualtieri, urges a “no” vote.

Occasionally residents posing questions to the panel seemed to be ganging up on Gualtieri. Patrick Well confronted the sheriff.

Sheriff Bob Gualtieri admitted that he experimented with marijuana when he was in high school. After fielding questions from patients with debilitating illnesses, the sheriff maintains he’s not coldhearted.

Prescribing or suggesting the use of marijuana to treat illnesses is at the core of those in favor of the amendment; not the expansion of recreational use. Opponents are concerned with the potential negative effects of marijuana on a child’s physiological development; especially the brain. Panelist and Eckerd professor, Greg Gerdeman, has being doing research on marijuana for 18 years. He disputes that pot causes negative brain development in children.

Sheriff Gualtieri, who is also a licensed attorney in Florida, foresees other legal and ethical issues involving children.

The Florida Sheriff’s Association has issued a statement opposing amendment 2. But there might be reasons besides lack of oversight and pill mill substitutes. This month the Washington Post reported how law enforcement uses civil forfeiture, seizing of assets and property, functions as a slush fund for their agencies. Kurt Donley, a panelist, community activist and former director of the Florida chapter of the National Organization for the Repeal of Marijuana Laws, is convinced that it’s all about the money.

Florida’s constitutional amendment 2, the legalization of medical marijuana, will be on November’s ballot.