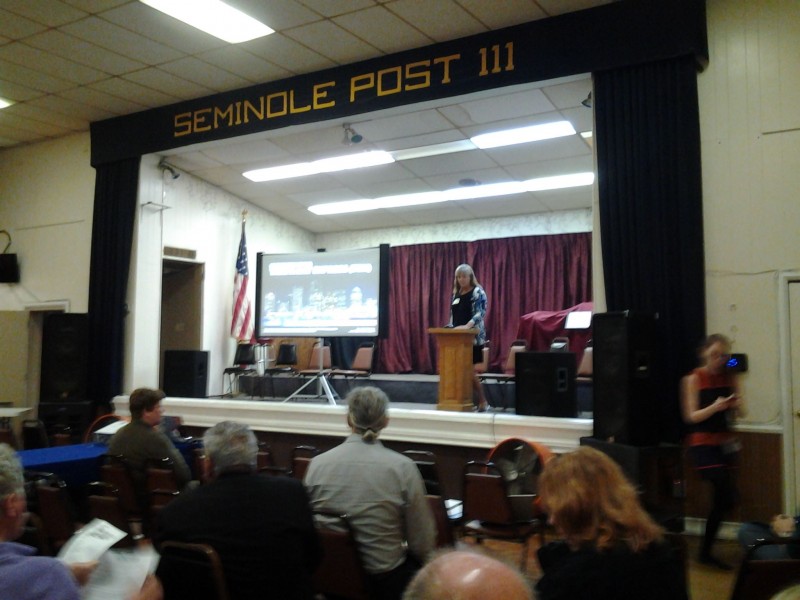 Tampa area residents who want to find out about a proposal to add lanes and tolls to local interstate highways can learn more at a community meeting Tuesday at the Seminole Heights Library. The Florida Department of Transportation is co-hosting a community engagement meeting on the Tampa Bay Express project. But many residents are critical of what’s often called TBX, saying highway expansion and the destruction of historic buildings are not the answer. Mauricio Rosas is with Sunshine Citizens / Stop TBX.

“Not only is it going to tear down, literally, the first suburb in the history of Tampa – in the Seminole Heights / Tampa Heights area, Ybor area – but also it’s the wrong type of solution for the 21st Century. They want to use 20th Century stuff for the 21st Century. The way that the City [of Tampa] is planning, the [Hillsborough] County has been planning, they’re wanting to build these smaller communities that are self-contained – in fact [former Hillsborough County Commissioner] Mark Sharpe is a proponent of this – so basically you don’t have to leave your community. You work, you shop and everything there. But yet they want to expand this highway, supposedly to put toll lanes in, supposedly to make it easier. But we’re looking at another 7-10 years of construction. For that length of time it’s wrong. It’s not for Tampa.”

Rosas lives in Seminole Heights. In addition to the affect he says it will have on his historic neighborhood, Rosas opposes TBX because of the cost.

“As it’s been quoted nationally, this is a boondoggle of expenditure. Primarily this expenditure, taxpayers will be paying, is going to go to private corporations, international corporations. In fact the toll system is also operated by foreign corporations so we’re not going to see any benefit.”

She says despite rumors, new plans for north of Martin Luther King, Jr. Boulevard would not be unveiled at Tuesday evening’s TBX meeting. It begins at 5:30 p.m. and is at the Seminole Heights Library, which is at 4700 North Central Avenue. There are TBX community engagement meetings the next two Monday evenings at the Children’s Board of Hillsborough County in Ybor City.

Click here to see a map overview of TBX.

FCCDR is organizing the meetings.

Here’s the TBX video from FDOT: