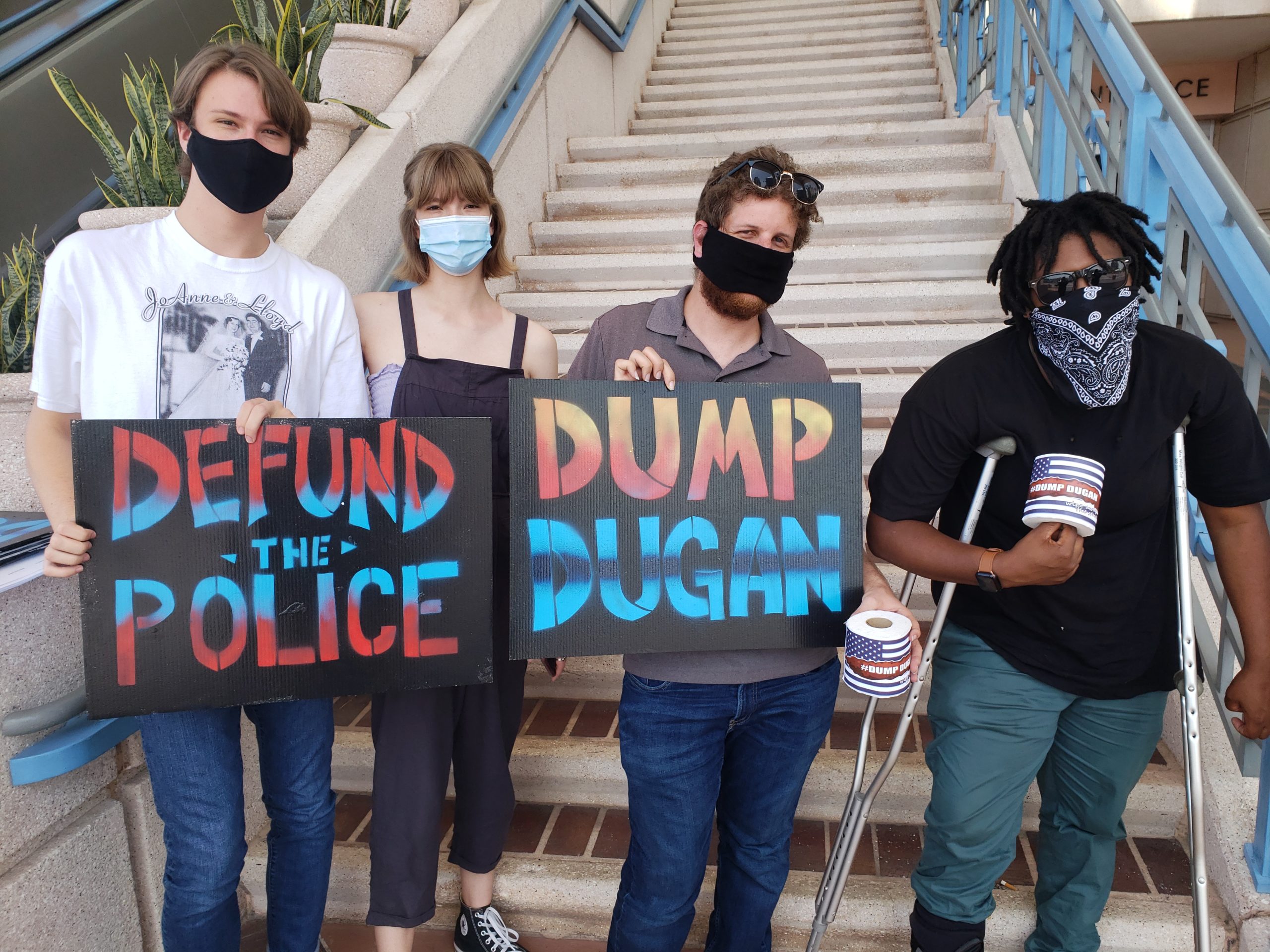 Dozens of speakers turned out at Tampa City Council’s public comment this morning at the Tampa Convention Center, where meetings have been recently moved to accommodate social distancing. The focus of many of the comments was

Residents poured out their emotions at the podium, calling on Tampa City Councilmembers to take action to address police brutality. This was the first council meeting ever attended by 19-year-old Graham Shelor.

“Dugan is perpetuating that system of murder and brutality. And it’s time that we dumped him. He is a liar.”

Lisandra Morales moved here from New Jersey, but is of Puerto Rican descent, and wanted to show solidarity.

“Look at me. It affects me It affects my brothers and sisters everywhere across America and all over the world. We shouldn’t have to be here. This is just common sense.”

Tampa City Council Chair Guido Maniscalco said there are plans for reform on the horizon.

“I know the mayor has tried to adopt the “8 can’t wait” policies. So there’s you know, right to intervene or duty to intervene– I’m sorry- You know, deescalation tactics and whatnot. But I think, you know, we need to look at training. We need to look at you know how we react to things and be more proactive than reactive and, you know, keep the peace.”

Last weekend activist Jae Passmore was hit by a truck during a protest leaving her with a concussion. She tried to bring a sign into City Council today that read “defund the police,” but was pushed back. Angel D’Angelo was with her at the time.

“So it became quite a scuffle between the police and a black woman on crutches over a sign. When they can’t solve…they couldn’t solve the Seminole Heights killing, they haven’t solved the hit and run that occurred Sunday, but they can enforce the sign order. So I think it aligns with our conversation about reimagining public safety.”

In spite of her injuries, Passmore will be going back to Hyde Park for another protest this Saturday at 4pm.

“I will be returning to the site of where I was struck by white supremacist in his car. We will not give up. We will continue to demand more from our city officials.”

The goal of the rally is to defund the police and pressure Mayor Jane Castor to fire Police Chief Brian Dugan, who has been receiving criticism for Tampa Police use of force on unarmed protesters.