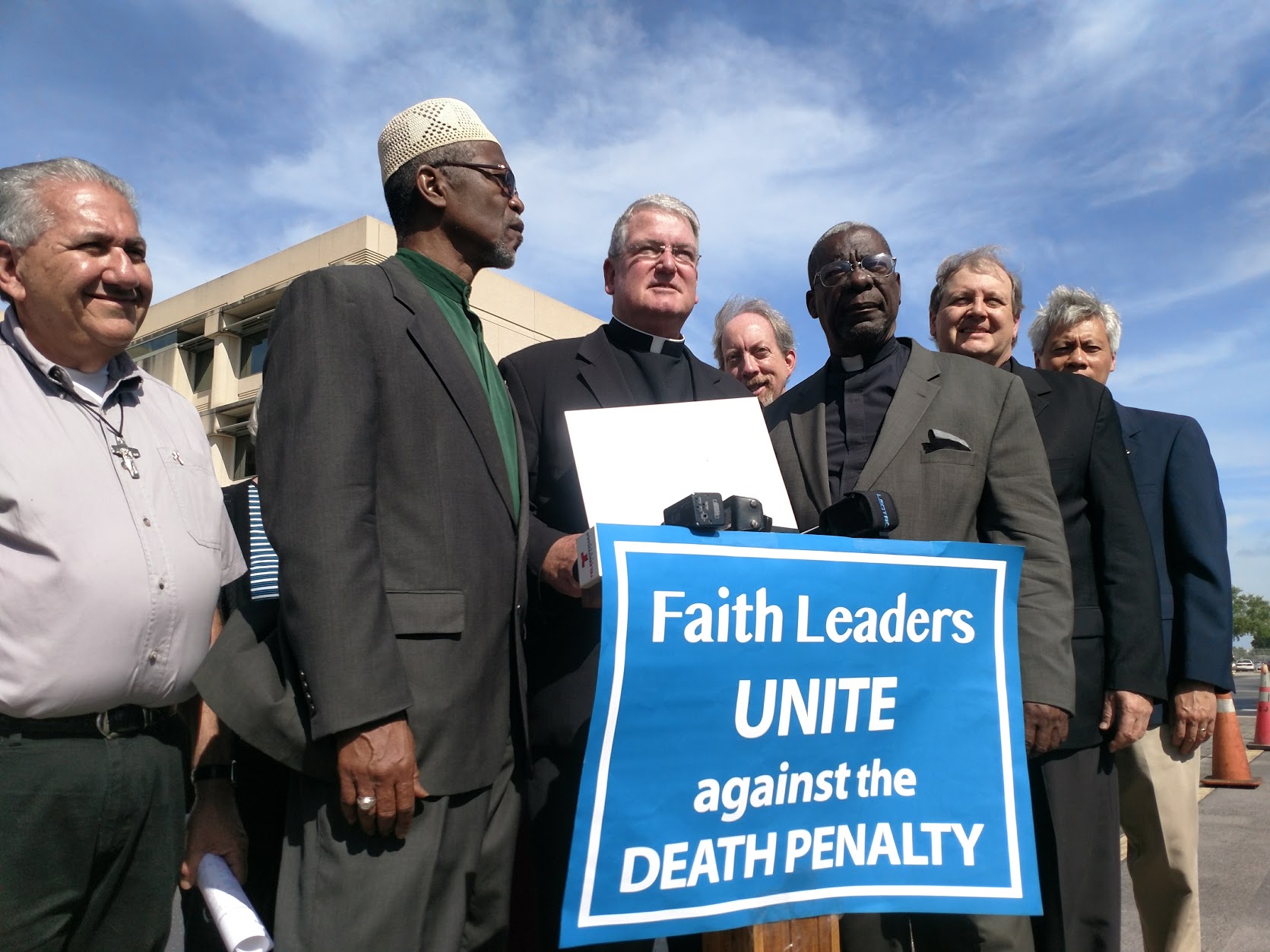 Statistically, Pinellas County is one of the most active counties in the country when it comes to prosecutors asking for the death penalty.

According to the Death Penalty Information Center,  McCabe has filed notice that he will seek the death penalty in 15 pending cases and six re-sentences, and already has nine other death penalty trials scheduled this year. And for a group of faith leaders and anti-death penalty advocates, that’s simply too much.

The Reverend Robert Schneider is Pastor of St. Cecilia Catholic Church and the Diocese of St. Petersburg. He said that Pinellas was one of only 16 counties in the U.S. who uses the death penalty regularly. “We’re in the top .005 of counties who use the death penalty,” he said. “There’s just no reason for this.”

A majority of Pinellas residents don’t support the death penalty.

A letter signed by 46 local faith leaders expressing concern that Pinellas is an outlier when it comes to the country was handed off to McCabe on Friday. The letter also highlighted a poll released last month that shows that more than two-thirds of Pinellas residents, or 68%, preferred some version of life in prison over the death penalty for persons convicted of murder. Only 30 percent of respondents chose the death penalty as their preferred punishment.

The Pinellas County State Attorney’s office was closed for Good Friday, but McCabe told the Tampa Bay Times on Thursday he actually didn’t know how many death penalty cases that his office is currently pursuing. That comment did not go over particularly well with the men of faith on Good Friday such as the Reverend James Golden,  the A.M.E. Social Action Chair in Florida and the Bahamas.

“This state attorney doesn’t even know, according to his words in the media how many people in his jurisdiction are on death row,” said Golden.”That’s sad. That’s a sad state of commentary on what is happening in the judicial system in this county”

Golden also referenced the fact that since 1973,  27 people in Florida have been freed from death row after new DNA evidence was discovered, prosecutorial misconduct was found, eyewitness misidentification had occurred, or other variables freed them.

Although no Florida Governor has signed as many death warrants as Rick Scott has in his seven plus years in office, it is harder to get a death penalty conviction now in Florida, after the Legislature passed a law last year requiring a unanimous jury to sentence an inmate to death. That came after the U.S. Supreme Court ruled in January of 2016 that the state’s previous sentence law unconstitutional because it gave too much power to judges to make the ultimate decision. Previous law allowed a judge to issue a death sentence after just a 7-5 recommendation by just a 7-5 jury recommendation.

McCabe has also said that his critics need to take up their issue with the state Legislature, and not his own office. The Reverend James Golden said that’s not how it’s supposed to work.

To boost his argument, Golden referred to last year, when Orange and Osceoloa County State Attorney Aramis Ayala attempted unilaterally to not seek capitol sentences, compelling Governor Scott to remove dozens of potential death-penalty cases from her office. She sued and the Florida Supreme Court decided she could not issue a blanket refusal to seek capital punishment.